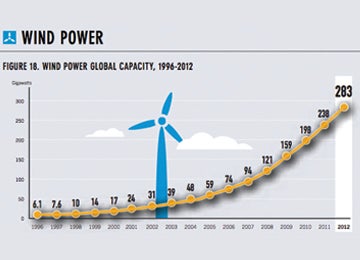 According to two new reports on the global status of renewable energy, the industry posted strong rates of investment and new installation in 2012, proving itself as more than an alternative source of energy. 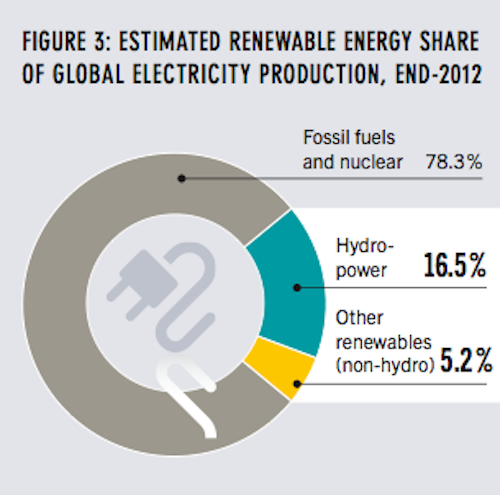 The world’s economies, however, continue to spend $6 subsidizing fossil fuels for every $1 spent to support the growth renewable energy.

Global Wind Day, tomorrow, June 15, is an opportunity to highlight this harmful disparity just ahead of the G8 summit in the UK. These major economies, as members of the G20, pledged in 2009 to “phase out and rationalize over the medium term inefficient fossil fuel subsidies while providing targeted support for the poorest”—a much applauded decision that has yet to see significant follow-through.

Not only do these subsidies continue to sponsor the activities that cause climate change, but they work against the creation of stable government support for the renewable energy industry. The lack of reliable, long term support for renewables creates uncertainty that holds back the potential of the industry.

Despite uncertainty, however, the industry has achieved striking successes so far.

The publications report that 2012 was the second highest year ever for renewable energy investments, totaling $1.3 trillion since 2006. Additionally, the installation of new renewable energy continues to grow, adding new, clean energy capacity both on and off the grid. 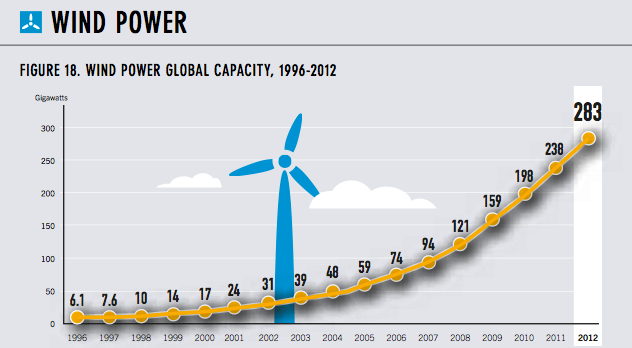 The sector employs an estimated 5.7 million people worldwide, with high rates of employment in Brazil, China, India, the European Union and the U.S. Green jobs are also growing in other nations, with an increasing number of technicians and sales staff in off-grid sectors of the developing world. In Bangladesh for example, selling, installing and maintaining small solar panels employs 150,000 people directly and indirectly.

Amongst the good news, the publications point out that 2012 investment rates were down from their 2011 high. Examples of contributing factors to the decline include a 34 percent drop in the U.S. as well as similar decreases in Italy and Spain due to policy uncertainties.

In Japan, however, new feed-in tariffs for installations contributed to a 73 percent spike in renewable investment. Japan is now on track to the world’s largest solar market. In only seven months following the introduction of the tariffs, the Japanese Ministry of Economy, Trade and Industry approved 12,258 mega watts of solar projects.

Policy uncertainty led to an overall decline in investments—but as the success of Japan’s tariffs shows, the decline can be temporary. REN21’s report demonstrates that the right policies can drive the successful integration of larger shares of renewables.

Shifting policy priorities to bolster the growth of the renewable energy sector, not just for providing economic growth but also for advancing the clean solutions needed to fight climate change, is vital for the future. The first step in showing serious commitment to do so will be cutting down harmful fossil fuel subsidies.