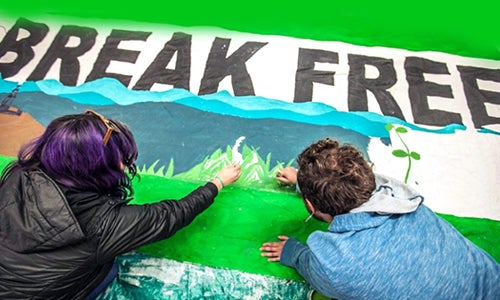 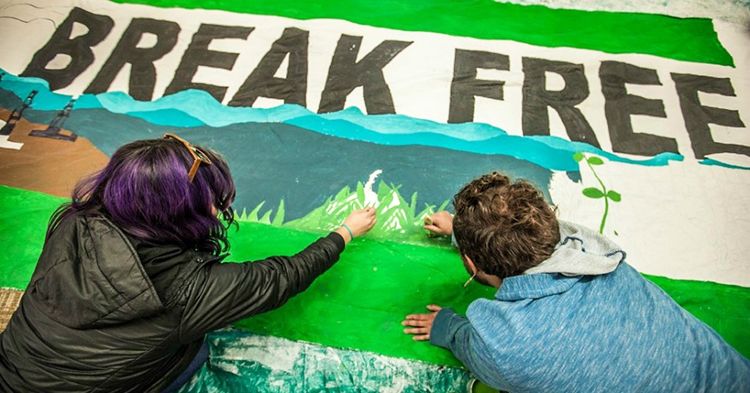 “Along with all of the surrounding Rocky Mountain West, Coloradans are actively fighting the fossil fuel industry on all fronts.” Photo: Matt Oakland / Twitter

In addition to the Lakewood demonstration and a larger mobilization elsewhere in Colorado on Saturday, protests and civil disobedience actions are scheduled to take place between Thursday and Sunday in and around Anacortes, Washington; Albany, New York; Los Angeles; Washington, DC and Chicago, all under the Break Free banner.

Already, the movement has touched down in Philadelphia, upstate New York and other locations around the globe.

“The right that corporations have to [extract fossil fuels] does not usurp our most basic rights to an atmosphere that can sustain life as we know it,” said Micah Parkin, executive director of 350 Colorado, the state affiliate for grassroots group 350.org, which is backing the global movement.

“The idea behind Break Free,” she said, “is that it’s time for the people to step up and escalate and really create more of a global wave of resistance to keep fossil fuels in the ground.”

#keepitintheground in #Colorado! #break free from #fossilfuels! Are you listening @interior! pic.twitter.com/eebOGlvHfm

Public lands are for the people—not for fracking companies #keepitintheground #breakfree2016 https://t.co/0x5p4rKWb5 pic.twitter.com/oXIrIlmZUU

Colorado's turn to say: Keep It in the Ground. Big turnout at today's #breakfree2016 protests! pic.twitter.com/ROLgFkQUtR