The Global Water Crisis May Have a Surprising Solution 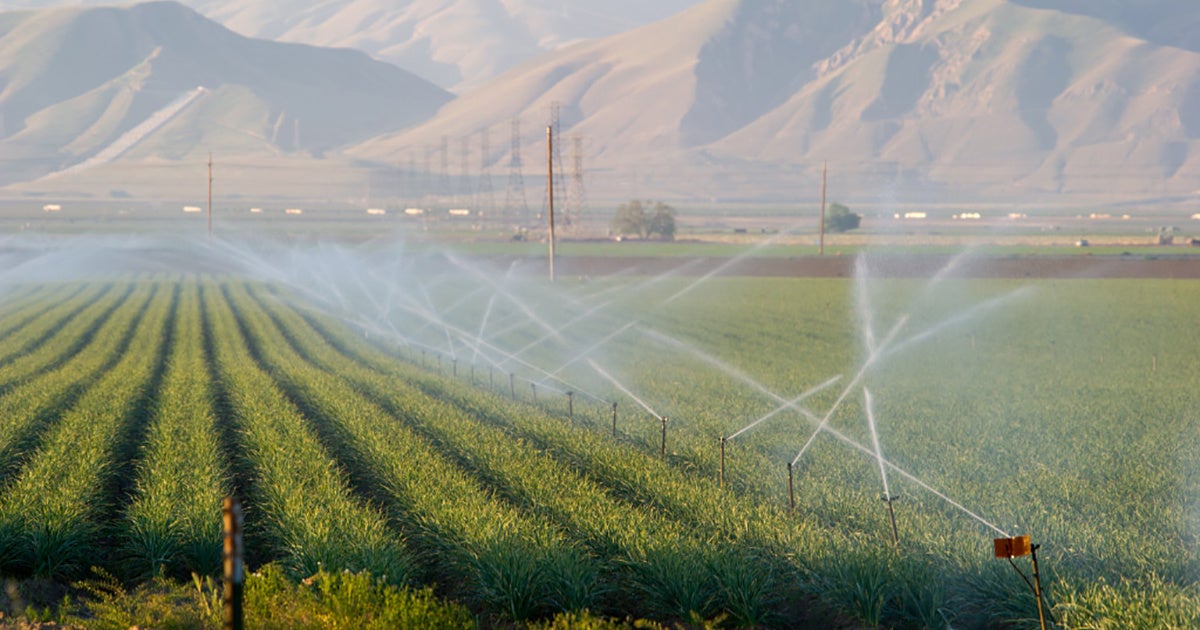 For many people a clean drink of water isn’t a certainty. Right now an estimated 1.2 billion people live in areas with chronic water scarcity, and upwards of 4 billion — two-thirds of the world’s population — experience shortages at least one month a year. This will only get worse with climate change and population growth, and as it does it will exacerbate food insecurity and inequality — in both rich and poor nations.

As bad as this sounds, it’s not an unsolvable problem, according to a new book, The Water Paradox: Why There Will Never Be Enough Water — And How to Avoid the Coming Crisis, by Edward B. Barbier.

Barbier, a senior scholar at Colorado State University’s School of Global Environmental Sustainability and a professor of economics, explains that our approach to solving water shortages with drastic measures in the moment of crisis isn’t a cost-effective strategy and won’t solve our long-term problems. Instead, he argues, we need to fix the root of the problem: not simply a lack of water but inadequate and poor management of the water we do have.

The problem is one of our own making, but it shouldn’t be surprising given our history. We’ve built our cities, designed our infrastructure, irrigated our farms and driven our energy production assuming water is abundant and easily accessible.

But today signs abound that this is no longer the case: Billions of people live in water-scarce regions, hundreds of millions lack access to adequate sanitation, groundwater stress is increasing in our most agriculturally productive areas, and our surface water in many places is often choked with pollution.

And while we’ve taken small steps to improve efficiency and conservation, we’ve yet to adequately address the scale of the problem.

“Why we continue to ignore the impending threat of a global water crisis — despite water being the most essential resource for human existence and survival — is the great water paradox facing humankind today,” he wrote.

Barbier takes a hundred pages explaining the gravity of the problem and how we got to where we are today. It’s good information if you’re new to understanding the water crisis. But the most interesting part of the book, how to avoid the coming crisis, starts halfway in.

First, he says, we need better governance structures. Water is rarely managed by basin and then it can be further divided among irrigation, industrial or municipal uses. Areas that have moved toward more integrated water management — such as Canada or Australia’s Murray-Darling River basin — have done better at monitoring and managing water resources, he explained.

Secondly, and most importantly, according to Barbier, we need to charge users what water’s actually worth instead of perpetually underpricing it. One way to do this is through something called water markets, where the rights to certain amounts of water are sold or leased and move water from lower value to higher value endeavors. When done well, Barbier wrote, water markets can help “facilitate water conservation and reallocation.”

Here’s one example of how water markets can come into play. If you’re a farmer and pay little for water, you may be inclined to waste the resource. But if there’s a market where you can sell some of it, you’re more likely to use it efficiently and sell what you save. Markets used by the agricultural sector often result in water going from low-value crops to high-value crops. In the wider community, markets usually mean agricultural water ends up being transferred from farms to municipal or industrial users.

But water markets are not cheap or easy to set up and are often complicated in systems where water rights are tied to land. Barbier gives three examples of areas where it’s been implemented, with varying levels of success: Australia’s Murray-Darling River basin, Chile and parts of the western U.S.

Barbier touts better pricing as a solution to solving the management woes driving the water crisis, meaning markets play a major role. He could’ve dug a little deeper into how to avoid potential pitfalls when it comes to environmental concerns: Rivers don’t usually have big checkbooks, and some their “value” isn’t easily quantified. How do we make sure ecological health is protected when markets move water to the highest bidder?

There are other environmental concerns, too. The movement of water from agricultural lands to cities (so-called “low-value to high-value” uses) has resulted in the “buy and dry” phenomenon in places like Colorado where agricultural communities are drying up and water transfers are fueling more urban sprawl — creating another set of problems.

Looking beyond markets, Barbier also points to water and sanitation services that fail to cover the full price of the infrastructure and services. A better pricing scheme would involve two important components, he explains. The first is a fixed charge for all users to cover operational costs of the system; the second is a tiered rate structure in which users pay more when they use more. Economic analysis has shown that efficient pricing of water has done more to promote conservation and manage demand than regulatory efforts aimed at restricting use or requiring water-saving technologies, he wrote.

Irrigation and agricultural subsidies should be removed, which admittedly is “politically difficult,” he said. Although many of the ideas in the book, like revamping water-rights systems, are also politically problematic, that doesn’t mean they wouldn’t be beneficial.

The biggest takeaway, though, is that what we’ve been doing isn’t going to work to dig ourselves out of the hole we’re in currently because our institutions, water-rights systems and regulatory management structures for water were built in, and for, the days of plenty.

“In today’s economies, water use management, and its accompanying institutions, incentives and innovations, is dominated by the ‘hydraulic mission’ of finding and exploiting more freshwater resources,” he wrote. “But what works in an era of freshwater abundance is detrimental in an age of increasing water scarcity.”