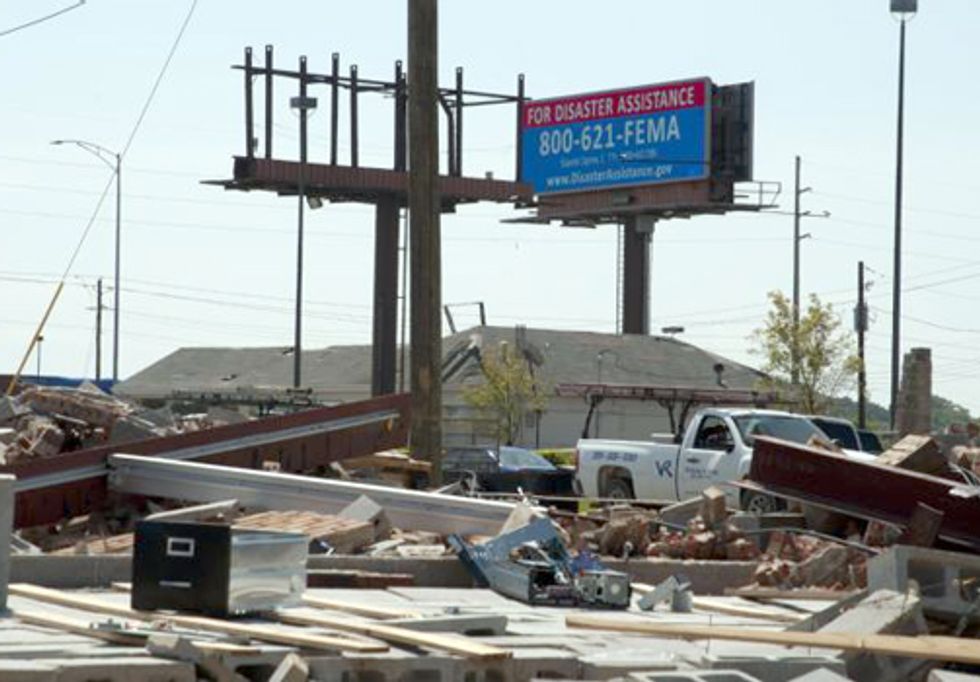 In the past few weeks, an unprecedented wave of seasonally early tornadoes spread devastation across a dozen U.S. states. Media coverage and interviews around this leveling of towns, businesses and homes focused mostly on the immense physical damage and a few of the most dramatic human survival stories. Media interviewers asked affected people in each place to describe “what was it like” to witness the raging wind and face such a monstrous force of nature. These people spoke of the unbelievable noise, the tearing apart of structures, the loss of property, pets and neighbors and how grateful they were to have made it through. And, they often tried to end on a high note by saying they “planned to rebuild.”

But even as these interviews were occurring, you could see tears on their faces. They began the interviews with seeming calm. As they went on, however, their voices began to shake and they welled-up. Soon they could hardly finish their sentences and could only shake their heads, speechless. This happened over and over as media interviewers traveled about in the aftermath of the twisters. These victims and thousands of people throughout these stricken areas have become text book examples of people in the early throes of post traumatic stress disorder (PTSD). And yet, the stunning shock they felt and the piercing pain of their loss and uprooting will largely be glossed over as efforts quickly shift to rebuilding their communities. The problem is, without proper treatment, the PTSD and other related mental problems will only get worse. Violent weather is becoming a known by-product of climate change, and even if climate change is not to blame for this year’s early onset tornado season, it demonstrates what a few degree temperature increase will produce in the years ahead.

A new National Wildlife Federation report says that the damage inflicted by “global weirding” and related violent weather does not stop with loss of property and businesses. The report finds that, in coming decades, 200 million Americans will be figuratively and literally smacked in the face with climate change’s many violent manifestations just like the people we recently witnessed breaking down on National television.

Climate scientists now say that warming trends will trigger significant increases in violent weather, more intense and longer heat waves, larger and more frequent floods, massive wildfires, agonizing crop failures, worrisome water shortages, pest infestations, military conflicts and more. These will cause mass psychological misery on scale never before seen. By examining this often overlooked subject, coauthor Lise Van Susteren, MD and I hoped to reveal the human dimension of global warming and how it will have millions of people coping with fear, trauma and loss. Examples include:

Coastal and river flooding: these weather and climate related events are especially likely to force people from their homes as we saw when 1 million people were evacuated along the Atlantic coast during 2011’s Hurricane Irene.  There is huge psychic injury from such displacement which could, with rising seas, someday become permanent in low lying areas.

Higher-impact storms: The Hurricane Katrina in 2005 shattered a culture, broke up families, sparked outbursts of outrage and blame at a government that was slow to respond, and lead to a jump in violence in at least one city that took them in (Houston). Six years later a third of the victims have experienced post-incident stress and/or post-traumatic stress disorder.

Severe drought: the unrelenting day by day despair of watching and waiting for water that doesn’t come will have a singularly damaging impact on the psyche of the people who have depended on Mother Nature’s rainfall for their livelihood. Texas has recently experienced a drought (with accompanying wildfires) the likes of which has not been seen in more than 50 years.

Increased large-scale wildfires: raging wildfires are dangerous and have a particularly savage effect on our psyches by devastating landscapes, wiping out homes and possessions, incinerating wildlife and clogging the air with pollutants that sicken people locally and can travel hundreds of miles to sicken people at a distance. Persistent psychological stress is common, with anxiety reactions recurring from unavoidable re-exposure to the odors, smoke and ash.

New disease threats: higher temperatures favor the formation of ozone which triggers asthma attacks. Anyone who has asthma and parents of children with asthma are familiar with the fears this illness engenders. People die from untreated asthma. Many other fears linked to disease are harder to “nail down.” As malaria and dengue fever and other infectious diseases march northward due to warmer temperatures, inchoate fears of threat and vulnerability drift into people’s consciousness.

The report, funded by the Robert Wood John Foundation, aims to fill a gap in public understanding of the profound mental health implications of the climate threat. It summarizes an extensive body of research showing how people will react to global warming’s many impacts including—widespread experiences of stress, anxiety and depression and even full blown psychotic episodes.

Tragically, certain segments of American society, such as children, the elderly, low income Americans, and those with preexisting mental health conditions will be particularly hard hit. And, people living in disaster-prone areas such as along coasts and rivers, in heat-prone urban centers, or places where the economy depends on predictable climate conditions will likewise experience great hardship. Existing mental health services will be stretched far beyond their current capacity. It calls upon mental health professionals to use their unique skills to help people work through a range of potentially severe psychological responses to global warming’s many approaching human horrors.