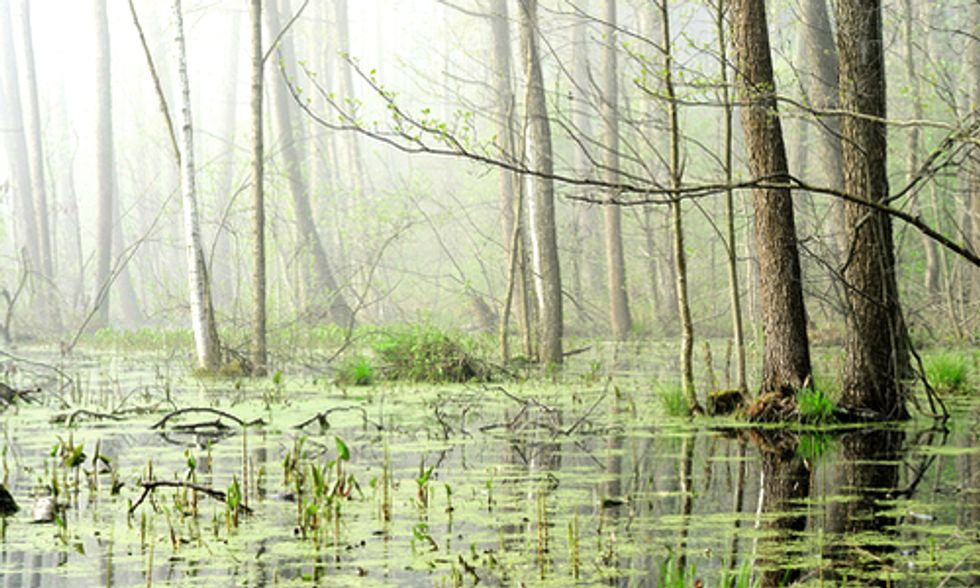 British scientists have identified yet another twist to the threat of global warming. Any further rises in temperature are likely to accelerate the release of methane from rivers, lakes, deltas, bogs, swamps, marshlands and rice paddy fields.

Most of the methane in freshwater systems is produced by an important group of microbes called
Archaea that live in waterlogged, oxygen-free sediments. Photo courtesy of Shutterstock

Methane or natural gas is a greenhouse gas. Weight for weight, it is more than 20 times more potent than carbon dioxide (CO2) over a century, and researchers have repeatedly examined the contribution of natural gas emitted by ruminant cattle to global warming. But Gabriel Yvon-Durocher of the University of Exeter and colleagues considered something wider: the pattern of response to temperature in those natural ecosystems that are home to microbes that release methane.

They report in Nature that they looked at data from hundreds of field surveys and laboratory experiments to explore the speed at which the flow of methane increased with temperature.

Microbes, algae, freshwater plants and animals are all part of an active ecosystem and take their nourishment from and return waste to the atmosphere. Healthy plants take CO2 from the atmosphere with photosynthesis. Most of the methane in freshwater systems is produced by an important group of microbes called Archaea that live in waterlogged, oxygen-free sediments and play an important role in decay.

Plant uptake of CO2 is affected by temperature, and so is microbial methane production. Respiration also releases CO2. The questions the researchers set out to answer were: which gas is more likely to be released in greater quantities as temperatures rise? And is the outcome the same whether they examine the Archaea only, or all the microbes in an ecosystem, or the entire package of submerged freshwater life?

The answer is, the scientists say, that methane emissions go up with the mercury, and that the ratio of methane to CO2 also goes up in step with temperature. And the result is the same whether you consider the microbes or the whole ecosystem.

“The discovery that methane fluxes are much more responsive to temperature than the processes that produce and consume carbon dioxide highlights another mechanism by which the global carbon cycle may serve to accelerate rather than mitigate future climate change,” said Dr. Yvon-Durocher.

This is not the end of the story. All such studies raise as many questions as they answer, and more research is necessary. The next puzzle is how to fit such findings into models of climate change. However, the researchers feel they have cleared up one point. Dr. Yvon-Durocher said:

“Our research provides scientists with an important clue about the mechanisms that may control the response of methane emissions from ecosystems to global warming.”