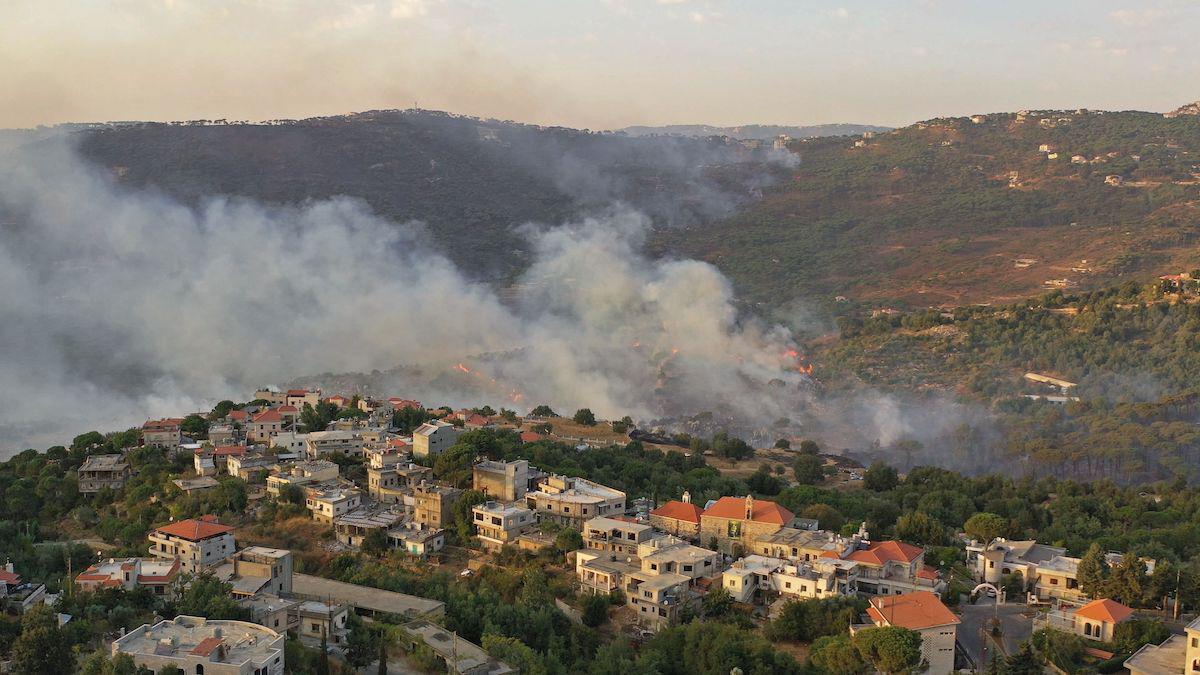 Smoke rises from a fire amid a heatwave in the Metn district of Mount Lebanon, Lebanon on Oct. 9, 2020. AFP via Getty Images

2020 capped off Earth’s hottest recorded decade and tied with 2016 for the hottest year, according to data released today by the Copernicus Climate Change Service, a program of the European Commission.

Average global temperatures were about 2.25°F (1.25°C) above the preindustrial average. That 2020 tied 2016 alarmed climate scientists because the 2016 high was fueled in part by a largely natural El Niño cycle, which features above-average equatorial sea surface temperatures across the Pacific and adds more heat to the atmosphere, while 2020 featured a cooling La Niña cycle.

This means, in essence, human-caused global warming overwhelmed the planet’s natural cooling cycle. “I’m not sure how extreme things have to get for the message to get across that we’re heading into a climate emergency unless we take some ambitious and immediate action to control global climate change,” Sue Natali, a climate researcher who directs the Arctic program at the Woodwell Climate Research Center, told The Washington Post.

NASA and the National Oceanic and Atmospheric Administration will each issue their year-end global temperature data Jan. 14 and are expected to rank 2020 as either the first or second-warmest based on slight differences in measuring.

If one pictures global warming as a car rolling down a hill, El Niño acts as a gas pedal, speeding the descent, whereas La Niña serves as a modest application of the brakes.

What’s happening now, scientists say, is that even La Niña years are setting global temperature records, due to the overpowering influence of human-caused warming from decades of greenhouse gas emissions. It’s as if the climate system reached for the brake and found it doesn’t work, so the car kept accelerating down the hill.