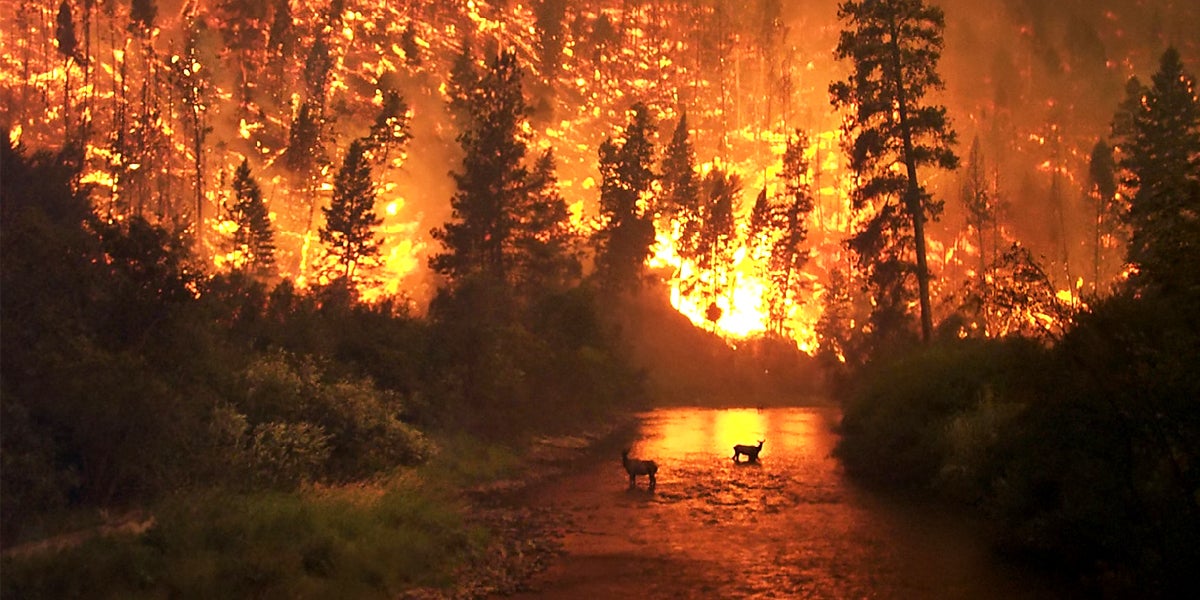 Climate change has already doubled the number of forest fires in the western U.S. since the 1980s—and it is a trend that will continue to increase, according to new research.

The study says the rise in temperatures and aridity sucks the moisture out of the plants, trees, dead vegetation on the ground and the soil, and is part of a worldwide trend of ever-increasing wildfires. 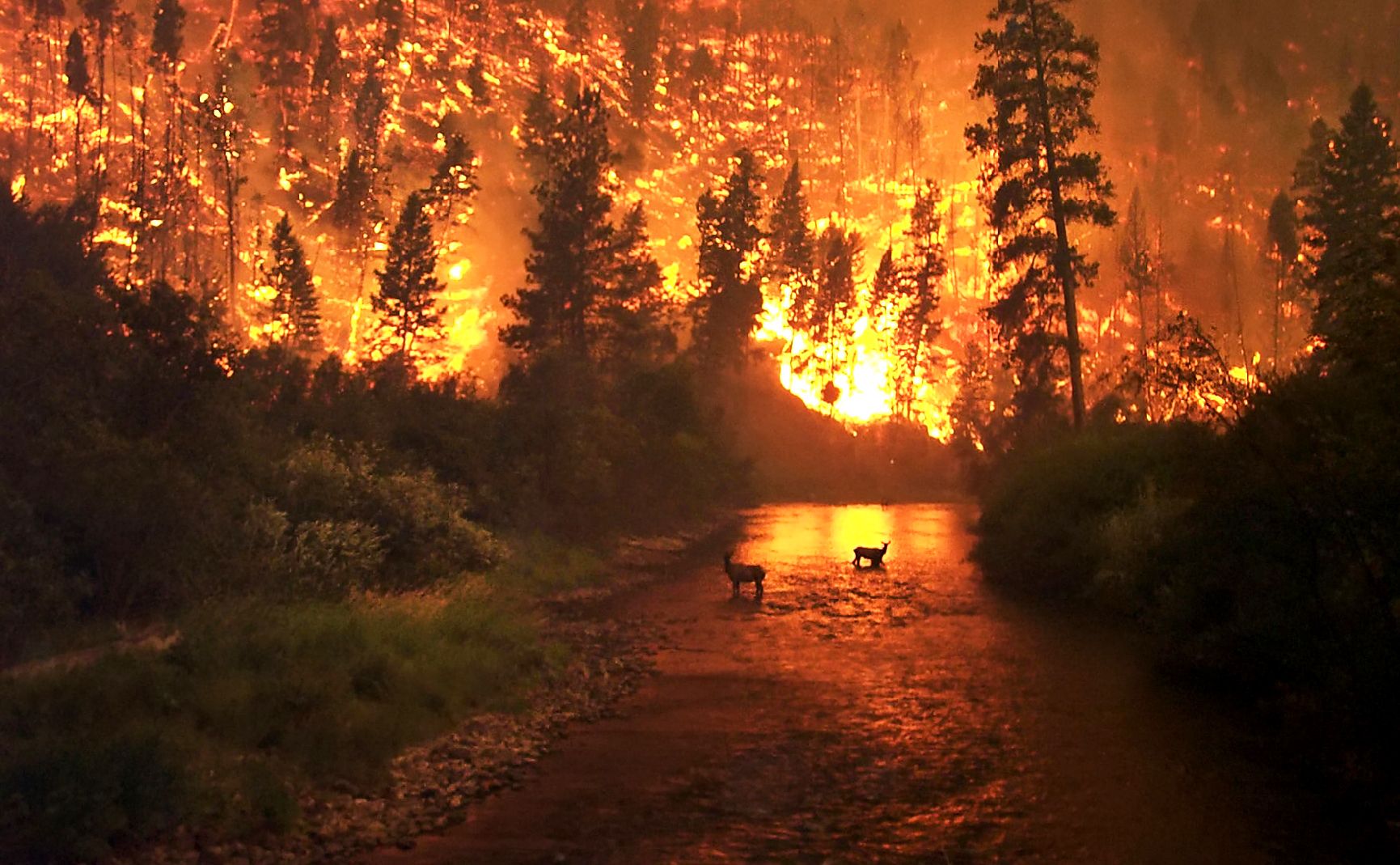 Scientists from Columbia University’s Lamont-Doherty Earth Observatory pin the blame firmly on human-induced climate change—a significant statement in a country where many Republican supporters still refuse to accept that the burning of fossil fuels is causing global warming.

There has been a lively debate about the issue and the scientists make clear in research published in the journal Proceedings of the National Academy of Science that they wanted the settle the argument.

“No matter how hard we try, the fires are going to keep getting bigger and the reason is really clear,” said the study’s co-author Park Williams, a bioclimatologist at the NASA Earth Observatory. “Climate is really running the show in terms of what burns. We should be getting ready for bigger fire years than those familiar to previous generations.”

Forest fires in the U.S. west began increasing in the 1980s—as measured by area burned, the number of large fires and length of the fire season. The increases have continued and, while there are a number of contributing factors, the study concludes that at least 55 percent of the increase is due to man-made climate change.

“A lot of people are throwing around the words climate change and fire—specifically, fire chiefs and the governor of California last year started calling this the ‘new normal’,” said the study’s lead author, John Abatzoglou, associate professor of geography at the University of Idaho. “We wanted to put some numbers on it.”

All is not quiet on the Western wildfire front https://t.co/3wszgrjnxV via @EcoWatch pic.twitter.com/ULQYmrcNAQ

Since 1984, temperatures in the forests of the western U.S. have increased 1.5 C (2.7 F) and resulting aridity has caused forest fires to spread across an additional 16,000 square miles than they otherwise would have—an area larger than the states of Massachusetts and Connecticut combined.

Williams and Abatzoglou said their research does not take into account some factors that could be offshoots of climate warming and thus they may be understating the effect.

These include millions of trees killed in recent years by beetles that prefer warmer weather and declines in spring soil moisture brought on by earlier snowmelt. There is also evidence that lightning—the usual initial spark of forest fires—may increase with global warming.

The overall increase in forest fires since the 1980s is considerably more than the researchers attribute solely to climate change; the rest is due to other factors.

One factor has been a long-term natural climate oscillation over the Pacific Ocean that has steered storms away from the western U.S.

Another is firefighting itself. By constantly putting out fires, authorities have allowed areas they “saved” to build up more dry fuel, which later ignites and causes ever more catastrophic blazes.

The costs of fighting forest fires have risen sharply in step and the federal government alone spent more than $2.1 billion last year. “We’re seeing the consequence of very successful fire suppression, except now it’s not that successful anymore,” Abatzoglou said.

Wildfires of all kinds have been increasing worldwide, often with a suspected climate connection. Many see a huge fire that leveled part of the northern city of Fort McMurray in Alberta, Canada, last May as the result of a warming trend that is drying out northern forests.

Fires have even been spreading beyond, into the tundra regions, in places where blazes have not been seen for thousands of years.

The effects go beyond loss of trees and other vegetation. A 2012 study estimates that smoke from forest fires worldwide causes long-term health effects that kill some 340,000 people each year, mainly in sub-Saharan Africa and southeast Asia.

Carbon released to the air adds to the burden of greenhouse gases already there, thus producing even more warming. And soot settling on snow and ice causes them to absorb more heat and melt faster.