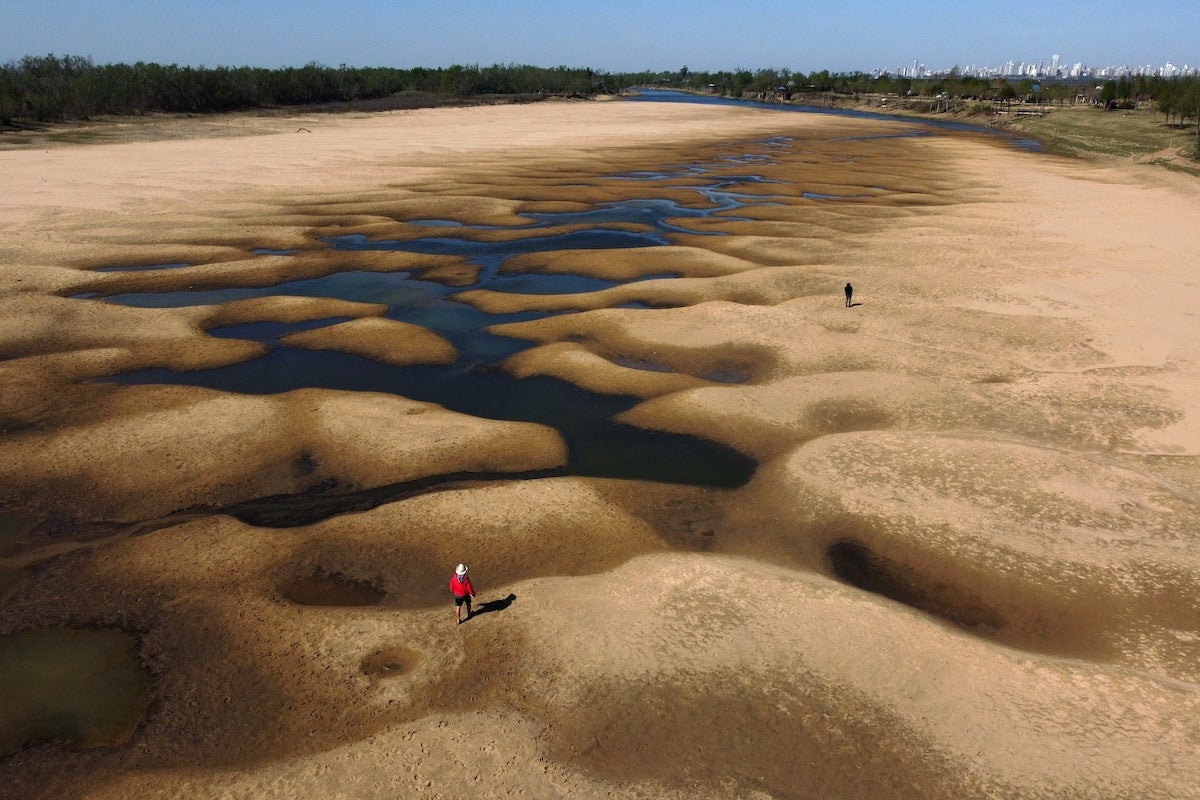 A new forecast by scientists from the UK’s Meteorological Office shows that the likelihood of the planet breaching the threshold temperature of 1.5 degree Celsius above pre-industrial levels — above which irreversible damage to Earth’s ecosystems and devastating impacts on human, animal and plant life would be likely to occur — is increasing.

The probability of the planet surpassing 1.5 degrees Celsius of warming in one of the next five years has grown to 50 percent, up from 20 percent in 2020 and 40 percent last year, reported The Guardian. In 2015, there was no predicted likelihood of that occurring. That year, the average global temperature first reached one degree Celsius above levels measured in the mid-19th century, BBC News reported. Last year, the average global temperature was 1.1 degrees Celsius higher than temperatures recorded between 1850 and 1900.

“The 1.5C figure is not some random statistic. It is rather an indicator of the point at which climate impacts will become increasingly harmful for people and indeed the entire planet,” said professor Petteri Taalas, who is head of the World Meteorological Organization, which published the new report, as reported by The Guardian.

There is also a 93 percent chance that by 2026 the record set in 2016 for the hottest year ever recorded will be surpassed.

As the climate crisis continues to worsen, the average temperature over the next five years will also almost definitely be higher than the previous five years.

“A single year of exceedance above 1.5C does not mean we have breached the iconic threshold of the Paris Agreement, but it does reveal that we are edging ever closer to a situation where 1.5C could be exceeded for an extended period,” said leader of the report Dr. Leon Hermanson of the UK’s Met Office, as reported by France 24.

Over the next five years, the effects of global warming will likely affect the Arctic region more than the rest of the planet, the scientists said, as BBC News reported. Temperature differences from the historical average will be three times greater there.

“Arctic warming is disproportionately high and what happens in the Arctic affects all of us,” Tallas said, as reported by France 24.

The precipitation forecast for this year is also worrying, as conditions are predicted to be drier for southwestern Europe and North America, while Australia, northern Europe, northeastern Brazil and the Sahel region of Africa are expected to see wetter conditions.

“The possibility of surpassing the 1.5C threshold, even if only for a year, is worrying,” said the University of Melbourne’s Dr. Andrew King, as The Guardian reported. “Our greenhouse gas emissions are still at near-record highs and until we get emissions down to net zero we’re going to continue to see global warming. Rapid and drastic emissions reductions are needed urgently.”