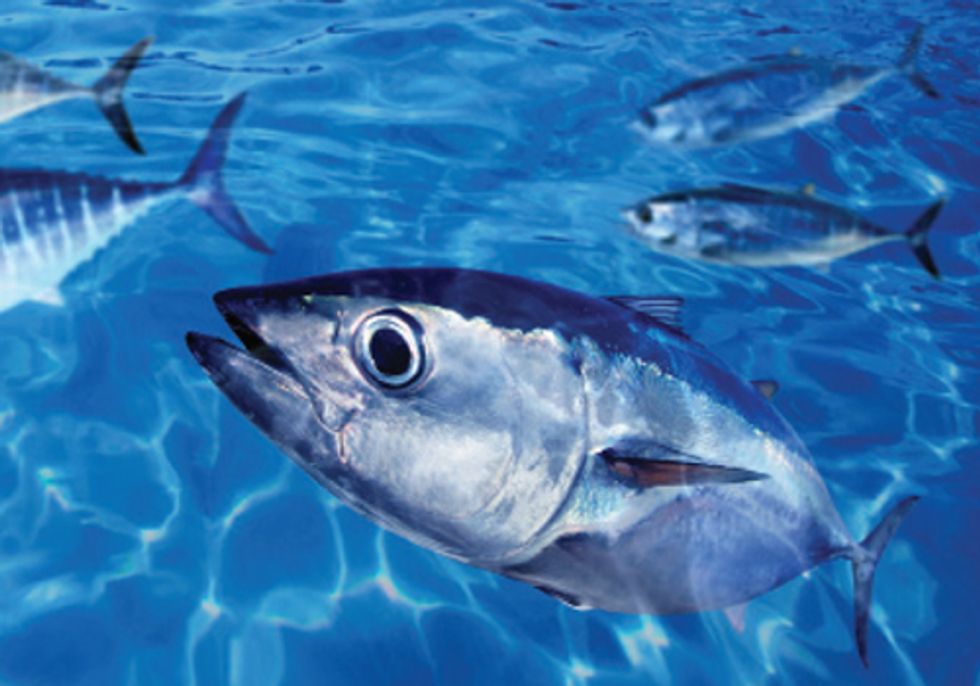 A new scientific report finds that humans and marine ecosystems around the world are contaminated with mercury and that mercury levels in humans and fish regularly exceed health advisory guidelines. The report, a collaboration between International POPs Elimination Network (IPEN) and Biodiversity Research Institute (BRI), highlights the urgent need for an overall reduction in mercury emissions when government delegates convene next week in Geneva in their final negotiating session to establish an international mercury treaty—the first global treaty on the environment in more than a decade by the United Nations Environment Programme.

The report, Global Mercury Hotspots, “brings together new data on mercury concentrations in fish and human hair samples and identifies, for the first time, a set of global biological hotspots where elevated levels of mercury are sufficient to pose serious threats to both ecosystems and human health,” said David C. Evers, Ph.D., BRI’s executive director and chief scientist.

Key findings from the report:

Public interest groups such as IPEN are concerned that current proposed treaty measures are not sufficient to prevent continued health impacts from mercury or reduce global levels of mercury in fish. Concluding negotiations on the mercury treaty will take place on Jan. 13 to Jan. 18 in Geneva, Switzerland.

“We found that fish and human hair from around the world regularly exceeded health advisory levels,” said Joe DiGangi, senior science and technical advisor with IPEN. “The results demonstrate the need for a mercury treaty that mandates true reductions of mercury emissions—not just to air but to land and water as well. Mercury is a large and serious global threat to human health that requires a robust and ambitious global response.”

There are also growing objections to naming the treaty, the Minamata Convention, as proposed by a former Japanese prime minister, and holding the treaty signing ceremony in Minamata, Japan, a site where mercury contamination has devastated the community’s human and animal population for decades. As currently proposed, the treaty does not contain any obligations to identify or clean up contaminated sites, does not require polluters to pay for health damages or environmental clean up, or provide for protection from similar disasters occurring anywhere in the world. Varying objections to the name have been raised by some government delegates, organizations representing victims of the tragedy, and the Minamata City Council.

Fish samples from around the world regularly demonstrate mercury concentrations exceeding U.S. Environmental Protection Agency human health advisory guidelines. In the study, from 43 up to 100 percent of fish samples from nine countries exceeded safe consumption of one fish meal of 170 grams (6 ounces) per month. Mercury concentrations in fish from sites in Japan and Uruguay were so high that no consumption is recommended.

Human activities such as burning coal, mining and refining metal ores, and the manufacture of cement release mercury into the environment. Large intentional uses of mercury today include small—scale gold mining and vinyl chloride monomer production. Coal combustion is also a significant contributor to atmospheric mercury emissions and subsequent global deposition. Much of the mercury produced and used eventually volatizes into the atmosphere and travels around the globe, eventually falling back to the earth or ocean.

When mercury falls into the ocean and waterways, microorganisms transform it into an especially toxic form of mercury, methylmercury, which then becomes part of the food chain. Methylmercury is readily absorbed by the body and people are exposed primarily through the consumption of fish. Many national and international health organizations recognize mercury in fish as a threat to human health, livelihoods and the environment.

The dangers of mercury poisoning have been known for centuries. Exposure to high levels of mercury can permanently damage the brain and kidneys. Harmful effects are also passed from a mother to her developing fetus and can result in brain damage, mental retardation, blindness, seizures and an inability to speak.