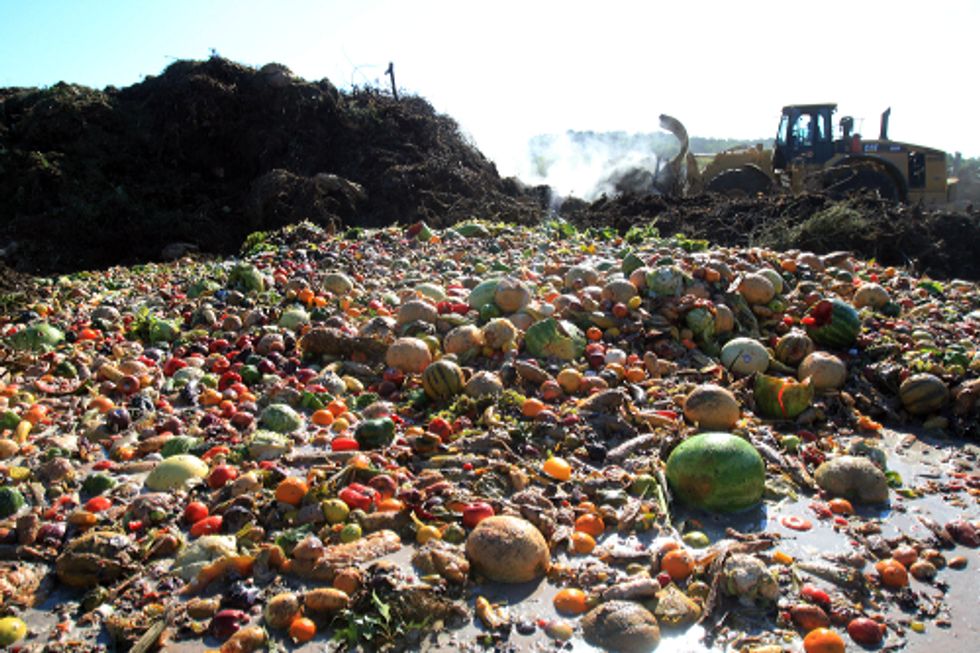 With an estimated 50 percent of all food produced worldwide thrown away, the World Resources Institute (WRI) is taking aim at reducing food waste.

WRI announced an initiative Monday that sets standards for measuring food loss and waste, which is characterized as a first step that will enable countries and companies to measure and monitor the food loss and waste within their boundaries and value chains in a "credible, practical and consistent manner."

The forthcoming guidance, Food Loss and Waste Protocol, will contribute to the Think Eat Save: Reduce Your Food Print campaign led by UN Environment Programme (UNEP) in collaboration with Food and Agriculture Organization of the UN (FAO), Waste and Resources Action Programme (WRAP) and other partners, as well as to FAO’s Save Food Initiative. The protocol development will build on other programs, including engagement with EU FUSIONS, which is developing food waste measurement guidance for the European Union.

By creating a global standard, the protocol will ensure international consistency, enable comparability and facilitate transparency by users. In using the protocol, countries and companies will be able to identify how much and where food is being lost and wasted. WRI plans to convene numerous experts and stakeholders to develop the protocol. Participants will include representatives from academia, the private sector, government and civil society organizations.

Food loss and waste refers to food intended for human consumption that is not ultimately eaten and a significant amount of food is lost and wasted each year.

One-third of food by weight (or one-quarter measured by calories) intended for people is not ultimately consumed. About two-thirds of the food calories lost in developing countries occurs immediately after harvest and in storage. About half of the food calories wasted in developed countries occurs at the point of consumption, whether at home or when eating elsewhere.

If food waste was a country, it would be the third biggest greenhouse gas emitter behind the U.S. and China. WRI estimates that halving the rate of food loss and waste by 2050 would close more than 20 percent of the gap between the food available today and what is needed in 2050.

“Meeting the world’s growing food demand is one of the great challenges we face. But we can shift this dynamic by greatly reducing food loss and waste, a critical step in ensuring that all people have enough food to meet their needs,” Dr. Andrew Steer, WRI president and CEO, said in a press release. “Developing a consistent global standard to measure food loss and waste will help create a more sustainable future for people and the planet.”

The announcement was made at the Global Green Growth Forum (3GF) conference in Copenhagen, with the leaders of WRI, UNEP, WRAP, World Business Council for Sustainable Development (WBCSD) and others. The FAO director general also participated in the forum.

“The absurd reality that one-third of all the food we produce is lost or wasted each year has significant impacts on people and the planet,” said Achim Steiner, UN Under-Secretary-General and UNEP executive director. “Wasting and losing 1.3 billion tons of food annually is clearly an ethical issue given that 870 million people go hungry every day, not to mention the 3.3 billion tons of greenhouse gases this waste adds to the planet’s atmosphere.”