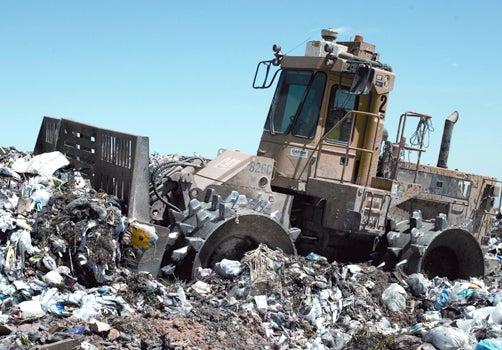 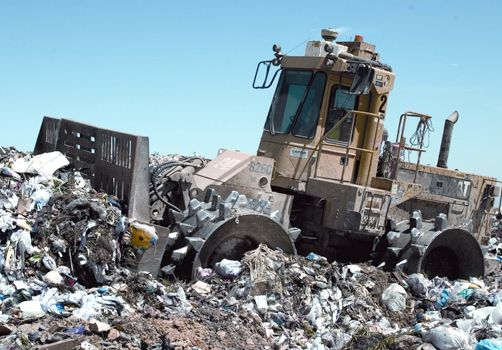 Growing prosperity and urbanization could double the volume of municipal solid waste annually by 2025, challenging environmental and public health management in the world’s cities, according to new research conducted by the Worldwatch Institute for its Vital Signs Online service.

Although some of this waste is eventually recycled, the doubling of waste that current projections indicate would bring the volume of municipal solid waste—or MSW—from today’s 1.3 billion tons per year to 2.6 billion tons, writes report author and Worldwatch senior fellow Gary Gardner.

As defined in the report, MSW consists of organic material, paper, plastic, glass, metals and other refuse collected by municipal authorities, largely from homes, offices, institutions and commercial establishments. MSW is a subset of the larger universe of waste and typically does not include waste collected outside of formal municipal programs. Nor does it include the sewage, industrial waste or construction and demolition waste generated by cities. And of course MSW does not include rural wastes. MSW is measured before disposal, and data on it often include collected material that is later diverted for recycling.

MSW tends to be generated in much higher quantities in wealthier regions of the world. Members of the Organisation for Economic Co-operation and Development (OECD), a group of 34 industrialized nations, lead the world in MSW generation, at nearly 1.6 million tons per day. By contrast, sub-Saharan Africa produces less than one eighth as much, some 200 million tons per day.

The list of top 10 MSW-generating countries includes four developing nations (Brazil, China, India and Mexico) in part because of the size of their urban populations and in part because their city dwellers are prospering and adopting high-consumption lifestyles. Although the U.S. leads the world in MSW output at some 621,000 tons per day, China is a relatively close second, at some 521,000 tons. Even among the top 10, however, there is a wide range of output: the U.S. generates nearly seven times more urban refuse than France, in tenth position, does.

“Urbanization and income levels also tend to determine the type of waste generated,” said Gardner. “The share of inorganic materials in the waste stream, including plastics, paper and aluminum, tends to increase as people grow wealthier and move to cities.”

Waste flows in rural areas, in contrast, are characterized by a high share of organic matter, ranging from 40 to 85 percent.Similarly, organic waste accounts for more than 60 percent of MSW in low-income countries, but only a quarter of the waste stream in high-income countries.

Roughly a quarter of the world’s garbage is diverted to recycling, composting or digestion—waste management options that are environmentally superior to landfills and incinerators. Recycling rates vary widely by country. In the U.S., the recycled share of MSW grew from less than 10 percent in 1980 to 34 percent in 2010, and similar increases have been seen in other countries, especially industrial ones.

The growing interest in MSW recovery is driven by a maturation of regulations and of markets for post-consumer materials. The global market for scrap metal and paper is at least $30 billion per year, according to the World Bank. The UN Environment Programme (UNEP) estimates the market for waste management, from collection through recycling, to be some $400 billion worldwide. Yet UNEP also estimates that to “green” the waste sector would require, among other things, a 3.5-fold increase in MSW recycling at the global level, including nearly complete recovery of all organic material through composting or conversion to energy.

The gold standard for MSW will be to integrate it into a materials management approach known as a “circular economy,” which involves a series of policies to reduce the use of some materials and to reclaim or recycle most of the rest. Japan has made the circular economy a national priority since the early 1990s through passage of a steady progression of waste reduction laws, and the country has achieved notable successes. Resource productivity (tons of material used per yen of gross domestic product) is on track to more than double by 2015 over 1990 levels, the recycling rate is projected to roughly double over the same period, and total material sent to landfills will likely decrease to about a fifth of the 1990 level by 2015.