Global Frackdown 2 Calls for a Worldwide Ban on Hydraulic Fracturing 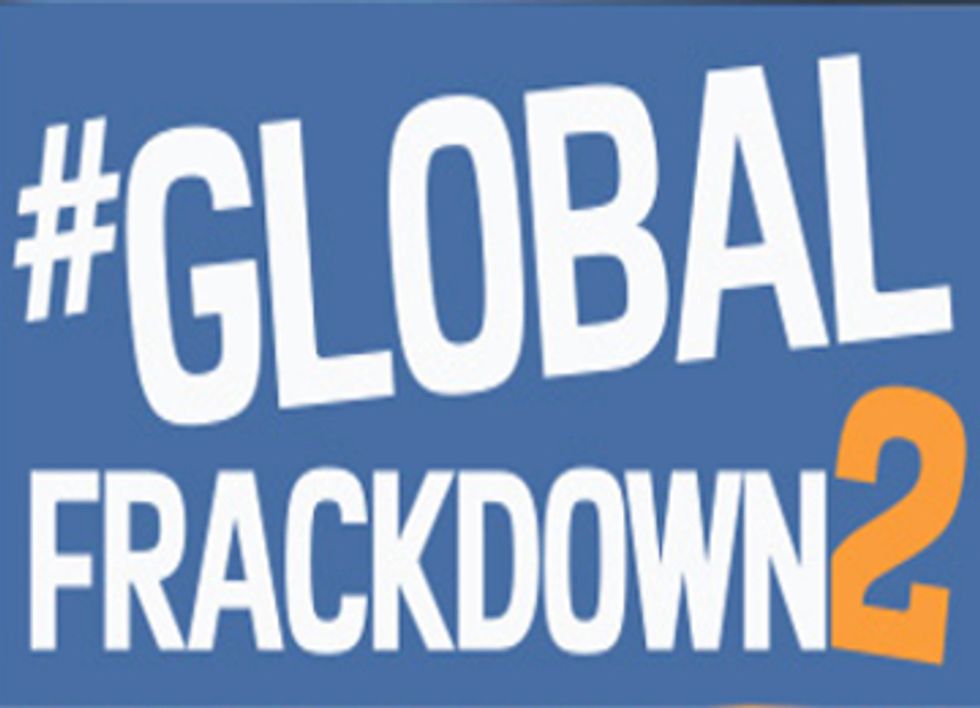 On Oct. 19, people from around the world will unite for a day of action to protest fracking. A project of Food & Water Watch, the second annual Global Frackdown will bring thousands of people together that are calling for an international ban on fracking.

Filmmaker Josh Fox calls on concerned citizens around the world to join together for the Global Frackdown event in the video below.

According to Global Frackdown, the anti-fracking movement has grown exponentially since the event last year, which included 200 community actions in more than 20 countries. Accomplishments include:

According to Global Frackdown, the fossil fuel industry is working hard to protect its profits and drown out demand for clean energy, while grassroots organizations around the world are working even harder to raise awareness and protect precious global resources from fracking.