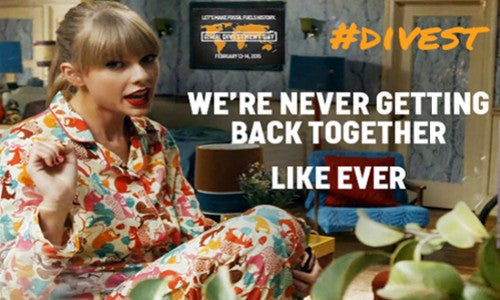 Global Divestment Day is a huge success with more than 400 events in 48 countries spanning six continents, with events planned for tomorrow too. Global Divestment Day—put on by Fossil Free, a project of 350.org—is bringing people together to stop the fossil fuel industry in its tracks. 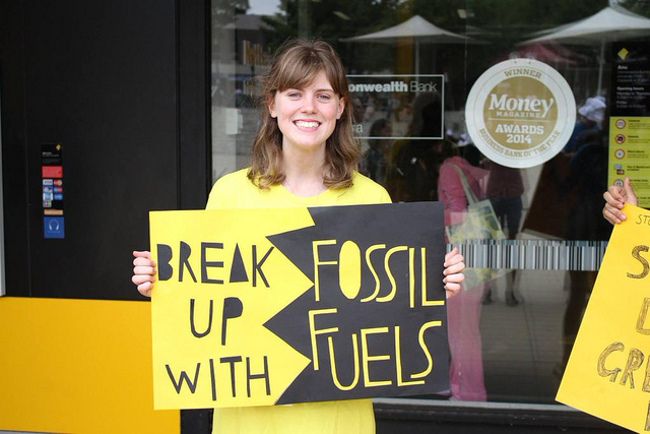 When a Fossil Free group demonstrated outside of a Commbank branch, the branch closed. Photo credit: Fossil Free

“Right now, the fossil fuel industry is on the defensive,” says Fossil Free. “Today we’re demonstrating that there are thousands of people around the world who know that fossil fuel divestment is both the smart thing to do and the right thing … We know that if it’s wrong to wreck the climate, then it’s wrong to profit from that wreckage.”

There was huge momentum going into today’s events with Norway’s announcement this month that its sovereign wealth fund will begin to divest from fossil fuels. The move makes it the first country in the world to make this commitment.

Fossil Free groups are encouraging everyone to take the divestment pledge and to push every institution around the world to do the same. So many actions have taken place already, including a group in London setting up a blockade at the International Petroleum Conference and hundreds of Australians dumping their dirty banks. 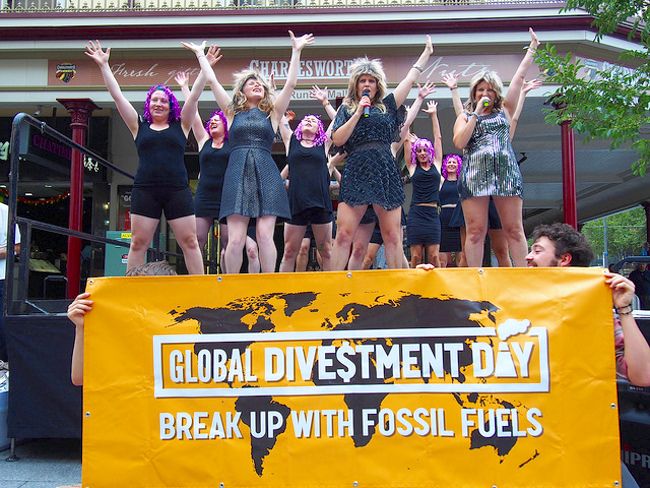 Fossil Free is encouraging people to post their photos to Facebook and include #divest in their tweets. Click here to see “one big, glorious, fast-moving social media feed” as Fossil Free tracks events from around the world. 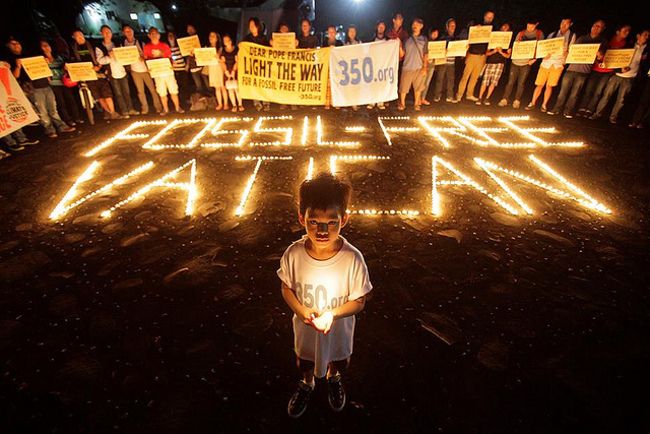 The residents of Tacloban, the Philippines, which was ravaged by Typhoon Haiyan, ask Pope Francis to ‘light the way’ with a fossil-free Vatican. Photo credit: Fossil Free

From Toronto to Luxembourg, from the Philippines to Boston, people are using this Valentine’s Day weekend to show their love for the planet and to tell fossil fuels, “It’s over.” Despite the cold and the record snow, Bostonians stood outside the Massachusetts State House to demand climate action.

The fossil fuel industry has made some pathetic attempts to attack the divestment movement. Watch here: