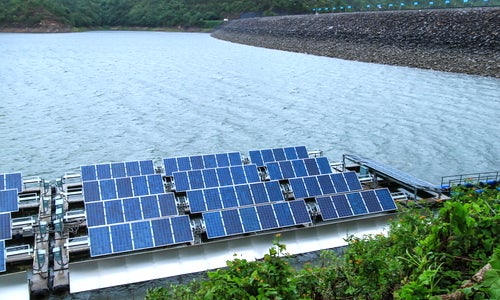 China’s 2013 solar installations totaled more than that of any other country in any other year, but that fact is emblematic of a larger shift.

While the top 10 solar photovoltaic (PV) markets in the world accounted for more than 80 percent of end-market demand last year, a clear shift to the east took place. According to NPD Solarbuzz’s Marketbuzz 2014 report, last year marked the beginning of an end-market demand shift from Europe to Asia. 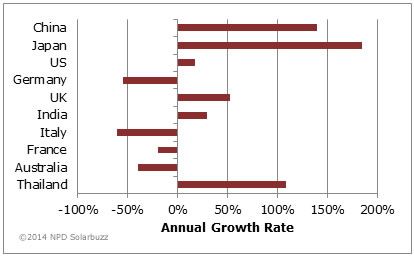 Japan, China and Thailand were the three fastest growing markets. Each more than doubled demand levels compared to the previous year.

“The PV industry has emerged from a challenging transition but continued growth in major markets and a shakeout of uncompetitive capacity is leading to renewed optimism in all segments of the industry,” Michael Barker of NPD wrote in a report summary.

The trend also manifests itself in NPD’s projection of global PV market sizes for this year. The nations in the quadrant I of this chart grew in 2013 and are slated to continue doing so this year. Four of those six countries are in Asia. 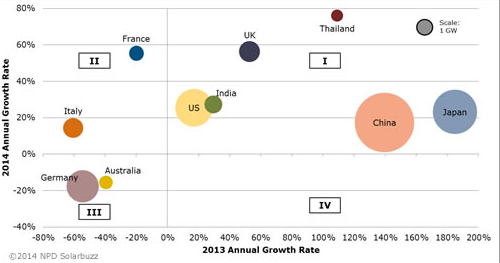 NPD previously predicted that demand would skyrocket in the Asia-Pacific (APAC) region this year, accounting for more than 50 percent of all new solar PV demand in the world next year. APAC countries are expected to install more than 23 gigawatts (GW) of solar PV in 2014, which would set a new record for solar PV installed annually within any region.

While the U.S. market is clearly growing, setting its own records in 2013, its growth rate is far less than China and Japan. Still, PV installations in the U.S. last year were about 15 times greater than they were in 2008.