Global Climate at Risk as Nearly 1,200 New Coal Plants Proposed Around the World 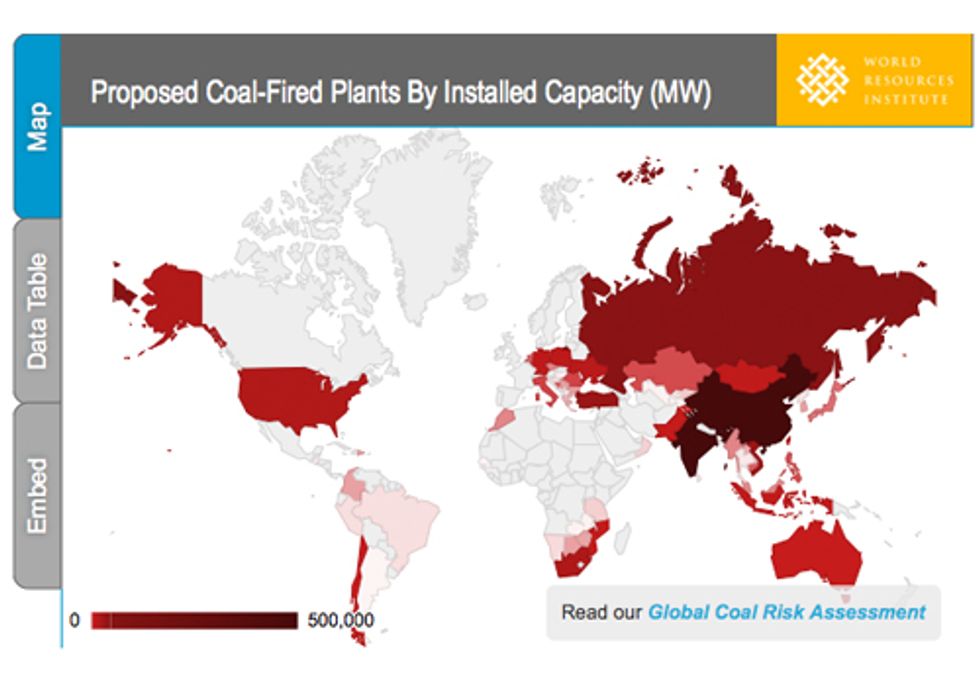 [Editor's note: Maybe it's just coincidence that on the same day this report came out, the World Meteorological Organization released a report stating that the amount of greenhouse gases in the atmosphere reached a new record high in 2011, and that between 1990 and 2011 there was a 30 percent increase in radiative forcing—the warming effect on our climate—because of carbon dioxide (CO2) and other heat-trapping long-lived gases. With the below report analyzing information about proposed new coal-fired plants and other market trends in order to assess potential future risks to the global climate, it's distressing that our world leaders are unable to address the climate crisis and reduce carbon emissions instead of increase them! It's also worth noting that the World Bank released a report this week, Turn Down the Heat: Why a 4°C Warmer World Must be Avoided, warning that if the global community fails to act on climate change, it will trigger a cascade of cataclysmic changes that include extreme heat-waves, declining global food stocks and a sea-level rise affecting hundreds of millions of people.]

The World Resources Institute (WRI) released a report today, Global Coal Risk Assessment, that analyzes information about proposed new coal-fired plants and other market trends in order to assess potential future risks to the global climate. The report finds that there are 1,199 new coal power plants in the works, totaling more than 1.4 million megawatts of capacity worldwide. That's four times the capacity of all the coal-fired power plants in the U.S. Seventy-six percent of the coal plants are proposed for India and China, with the U.S. seventh in the world for coal power plants in development. We have thirty six on the table. Yikes.

According to the WRI, if all of these projects are built, it would add new coal power capacity that is almost four times the current capacity of all coal-fired plants in the U.S.

View the locations of proposed coal-fired power plants by country in this interactive map below.

Key Findings in today's assessment include: