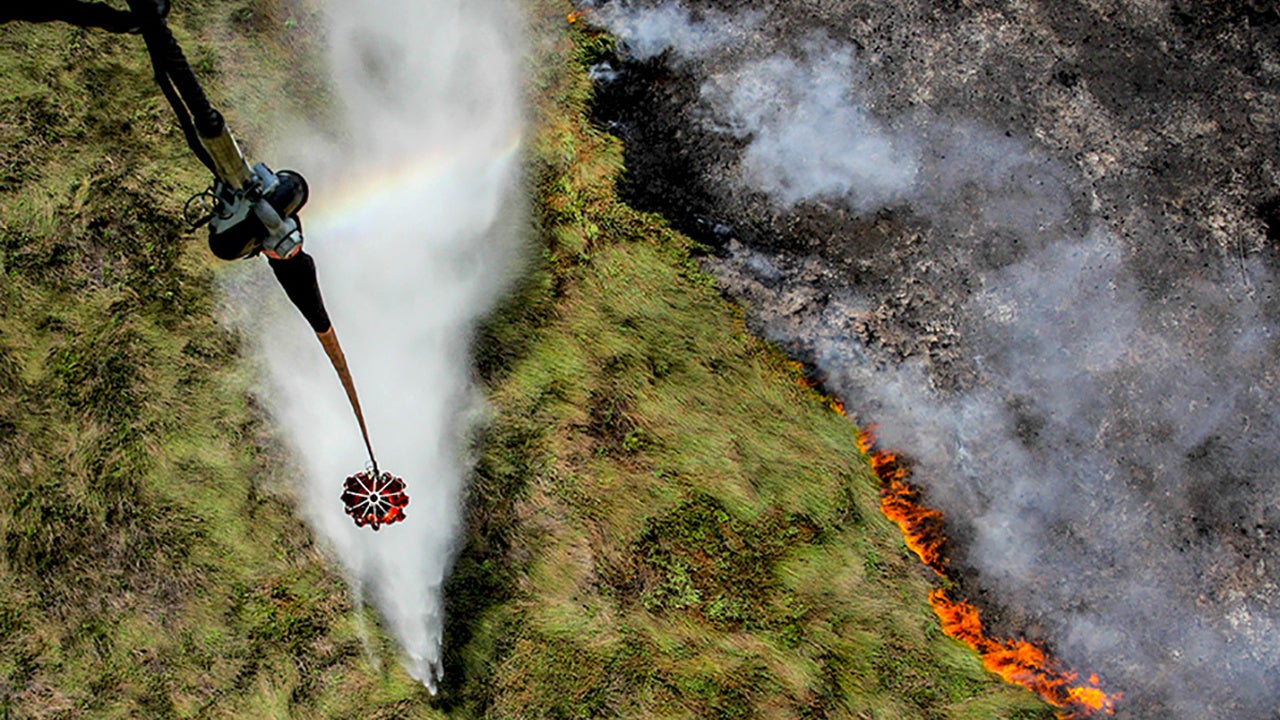 The makers of Oreo cookies and KitKat chocolate bars are among the companies getting some of their palm oil from producers linked to the fires that have razed large swaths of land in Indonesia, a new report says.

The fires, started mostly to clear land for planting, have burned 8,578 square kilometers (3,304 square miles) as of the end of September — an area the size of Puerto Rico. Many of the companies on whose concessions they’ve occurred are affiliated with groups that supply palm oil to companies like Mondelēz, Nestlé, Unilever and Procter & Gamble (P&G), according to the report published Nov. 4 by Greenpeace.

Many of the companies involved across the supply chain have made sustainability pledges that commit them to not sourcing palm oil from growers linked to deforestation and/or burning. The new findings show they’ve clearly fallen short, said Annisa Rahmawati, a Greenpeace Indonesia senior forest campaigner.

“Companies have created a facade of sustainability,” she said. “But the reality is that they source from the very worst offenders across the board. The companies responsible for the fires and those who financially benefit from them should be held accountable for these environmental atrocities and the devastating health impacts caused by the fires.” 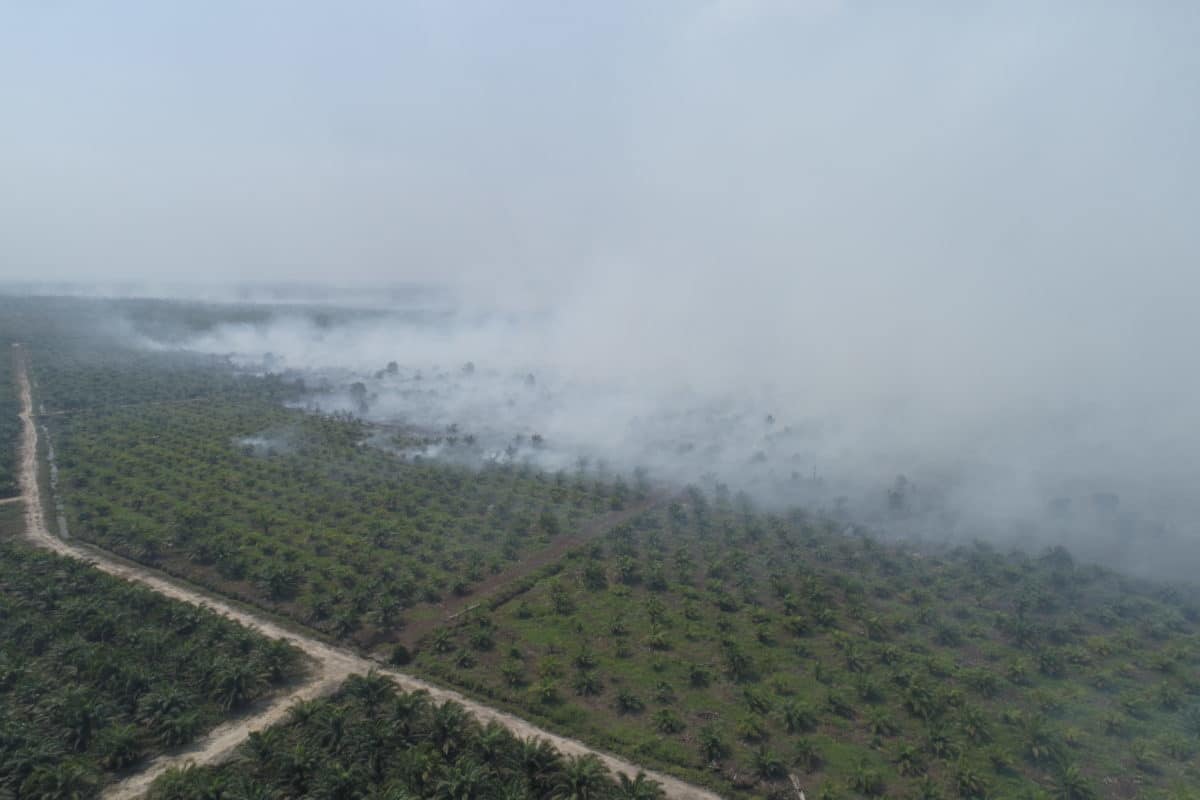 Greenpeace identified 30 such groups, 21 of which are current members of the leading certification body for ethical sourcing of the crop, the Roundtable on Sustainable Palm Oil (RSPO). The RSPO has a strict “no burning” and “no deforestation” policy for its members.

Greenpeace then looked at whether the palm oil produced by these groups was present in the supply chains of major brands and traders. It found that all 30 of the palm oil producer groups most closely linked with the fires in Indonesia trade in the global market, supplying to leading consumer goods companies.

Four household names — Mondelēz, Nestlé, Unilever and P&G — are each linked to up to 10,000 fire hotspots, as they buy from palm oil producer groups with the highest numbers of fire hotpots in 2019. Mondelēz and Nestlé, the respective producers of Oreo and KitKat, among other brands, buy from 28 of these groups. Unilever buys from at least 27, and P&G from at least 22, according to Greenpeace.

These big brands also source from companies with legal problems or that are currently under public investigation for fires. Unilever, for instance, is supplied by eight plantation companies with court actions or sanctions against them, and 20 companies whose operations have been sealed for investigation as a result of the 2019 fires, according to the report.

Major palm oil traders are also still getting some of their supply from producers linked to the burning.

Wilmar, the world’s largest palm oil trader, for example, is supplied by palm oil groups responsible for more than 1,400 square kilometers (540 square miles) of burned land between 2015 and 2018 and nearly 8,000 fire hotspots in 2019 to date. 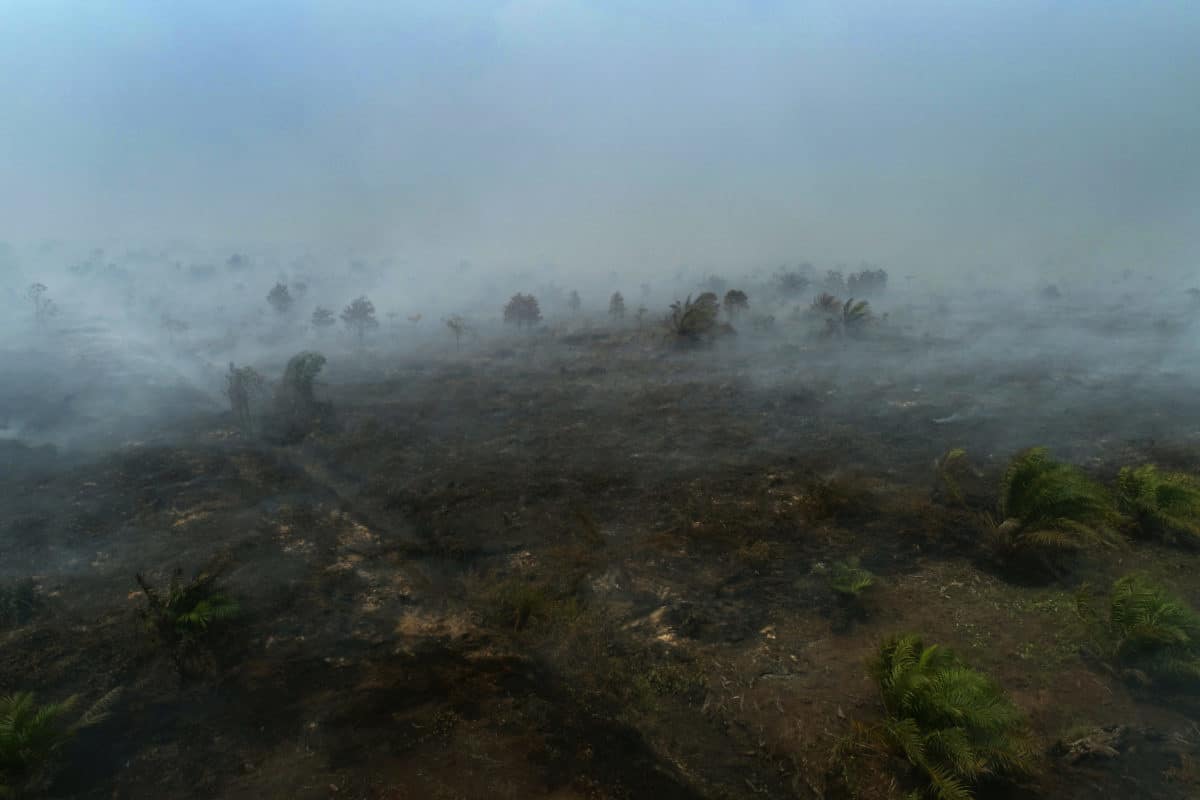 Greenpeace’s Annisa said burning-linked palm oil was being allowed to circulate through the global supply web because of weaknesses in the respective companies’ monitoring of their supplies’ provenance.

Some of the consumer goods companies failed to identify palm-fruit processing mills that were on their supplier lists as belonging to producer groups that they had in fact already banned. For instance, both Nestlé and Unilever’s supply chain disclosures still show supply chain links to mills owned by Salim Ivomas Pratama, a member of Indonesia’s Salim Group.

Nestlé and Unilever previously removed the Salim Group from their respective lists of suppliers in light of longstanding allegations of environmental and labor violations.

In a response to Greenpeace, Nestlé said that since April 2018, following a supply chain mapping process, “several mills have been suspended or otherwise removed. This includes ten upstream supply chain companies published on our website, like the Korindo Group and Salim. This underscores our commitment to achieving deforestation-free supply chains.”

Unilever said it had “suspended sourcing from six of the indirect suppliers identified in the Greenpeace tables. These are: Austindo Nusantara Jaya [ANJ]; Best Agri Plantation; Citra Borneo Indah [SSMS]; Jaya Agra Wattie; Salim Group …; Sungai Budi/Tunas Baru Lampung. These six suspended groups are no longer in our Supply Chain and will not appear in the next scheduled update to our mill list.”

However, they failed to attribute Salim Ivomas Pratama mills as belonging to the Salim Group, according to the report.

Nestlé says “Salim Ivomas Pratama isn’t one group with Salim Group. But they’re clearly one group,” Annisa said. “This is amazing because it means [the brands] aren’t aware of what’s happening at the level of traders and producers. So most of them don’t know. They just believe what they’ve been told by their suppliers.”

This is also happening with traders such as Cargill, Annisa said.

Greenpeace identified 332 fire hotspots within the concessions associated with the Salim Group (including subsidiaries IndoAgri, Indofood and IndoGunta) between January and September this year, and 78 square kilometers (30 square miles) of burned area from 2015 to 2018. Plantation company PT Kebun Ganda Prima, which had its concessions sealed off by the Ministry of Environment and Forestry this year, is also identified by Greenpeace as belonging to the Salim Group.

The Salim Group declined to respond to Greenpeace’s fire hotspot and burn scar data on the grounds that “your information and data is neither specific nor detailed,” according to the report. 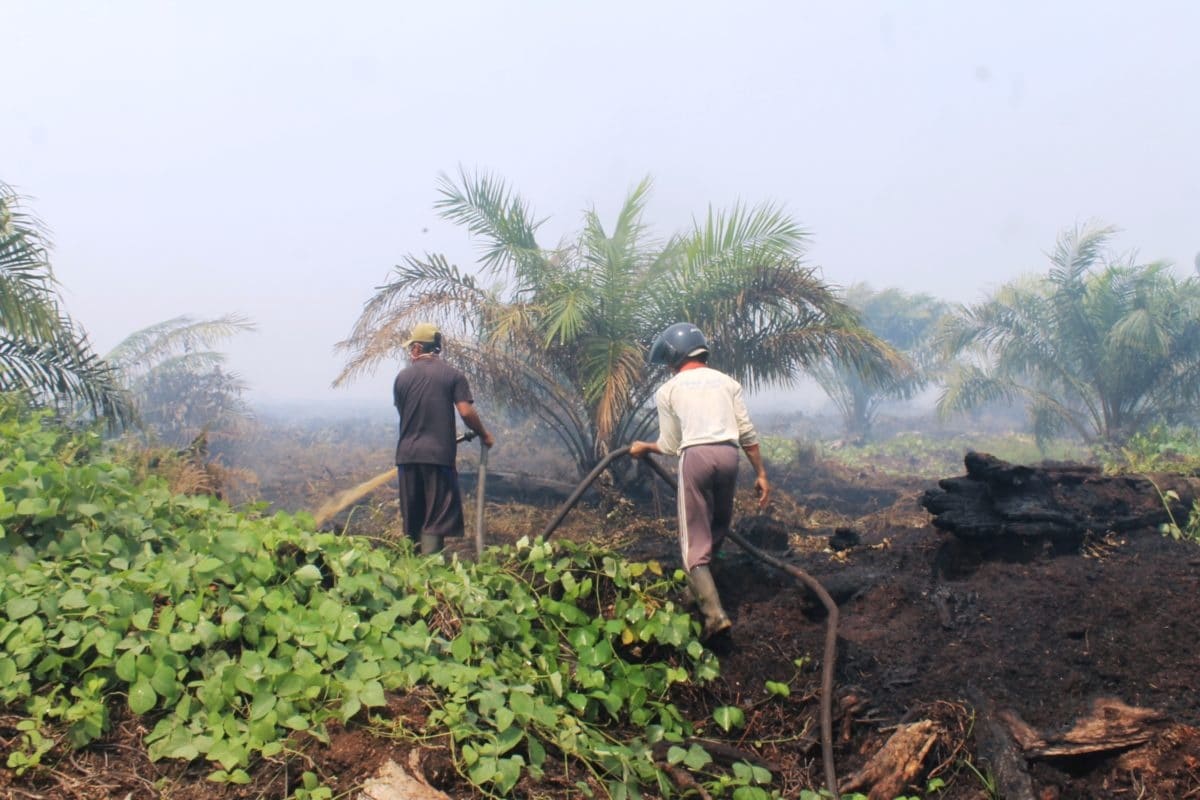 A patrolling team hired by oil palm company PT ATGA to douse fires in the concession.

Exposure to producer groups with links to environmental and social violations is common among big brands, but difficult to trace, the report says.

“[A]s a result of serious transparency failings, much of this exposure is not made explicit in their public supply chain disclosures, which require painstaking analysis to reveal the full extent of the companies’ links to fires, deforestation, and human exploitation,” it says.

This is in part because there’s still disagreement over how producer groups are defined, Annisa said, even as many consumer goods brands and traders state that their sustainability policies are intended to apply to entire producer groups.

She said the definition should extend beyond formal parent-subsidiary corporate relationships because a large segment of the plantation industry, especially in Southeast Asia, has always been controlled by complex conglomerates owned by individuals and families.

Therefore, a group definition should take into account not only common ownership but also shared financial, managerial and/or operational control, Annisa said.

“So the definition of a group isn’t firm yet, it’s very elastic,” she said. “But it’s clear that if there’s shared managerial and financial control, then it’s a group. We also found many companies with the same addresses. Don’t we include these companies in one group? So the definition of producer group has to be revised. Otherwise, companies can evade their responsibilities repeatedly.” 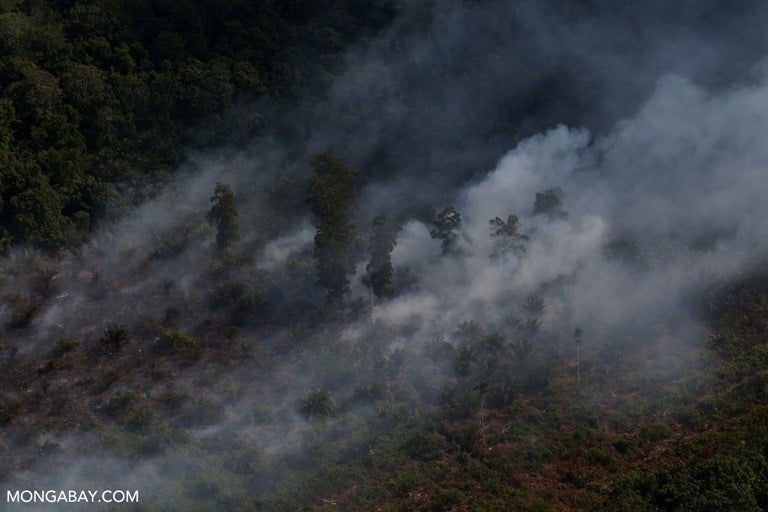 Smoke rises from an oil palm plantation on a peatland in Sumatra.

‘No Business on a Dead Planet’

Annisa said there was an urgent need for drastic transformation in the palm oil industry, especially as the fires in Indonesia were contributing significantly to carbon emissions and hence climate change.

According to data from the Global Fire Emissions Database (GFED), this year’s fires have released an estimated 465 million tons of carbon dioxide equivalent as of Oct. 22 — almost the entire total greenhouse gas emissions of the U.K. in a year.

“If the forests are gone, we can’t do anything,” Annisa said. “This is what [the companies] fail to realize. We all know that there’s no business on a dead planet.”