Global Boom in Hydropower Poses Serious Threat to the Planet 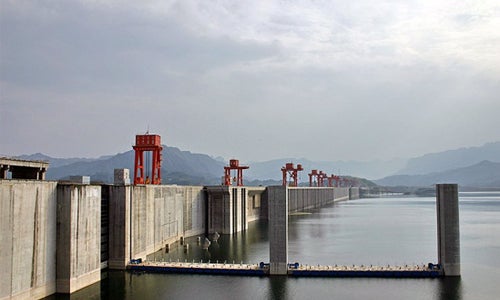 Hydropower, the renewable technology that sets gravity to work and harnesses the energy of rivers, is about to double its output. 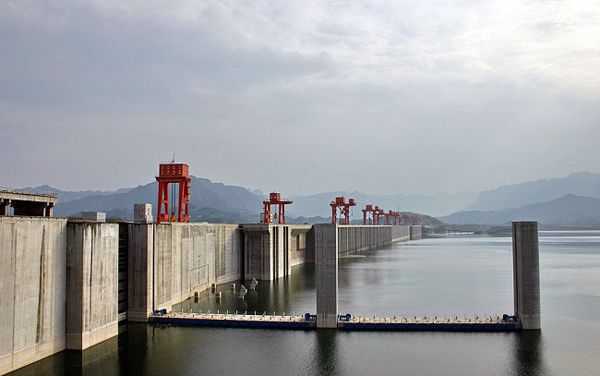 The huge Three Gorges dam on the Yangtse river in China, the world leader in hydropower production.

The growth will be mostly in the developing world—but the construction of new dams on rivers in South America, South-east Asia and Africa comes at a cost. Around a fifth of the world’s largest remaining free-flowing rivers will be dammed, which presents yet another threat to the wild things that live in or depend on wild water.

Christiane Zarfl—now assistant professor for Environmental System Analysis at the University of Tübingen, Germany—and former colleagues at the Leibniz Institute of Freshwater Ecology and Inland Fisheries in Berlin presented their findings at the International Alliance of Research Universities congress on global challenges, hosted by the University of Copenhagen. The research is also published in the journal Aquatic Sciences.

Renewables, such as solar energy and wind power, now provide about a fifth of the world’s electricity production, and hydroelectric power makes up four-fifths of that. The researchers believe that, within the next two decades, another 3,700 dams may more than double hydropower’s total electricity capacity to 1,700 gigawatts.

China will remain the global leader, but because of the surge of activity in other countries, its share will fall from 31 percent to about 25 percent. The largest number of new dams in South America will be in the Amazon and La Plata basins of Brazil. In Asia, the biggest effort will be in the Ganges-Brahmaputra basin and along the Yangtze.

But while some national economies look for a brighter electric future from hydropower, others have to confront and come to terms with the capriciousness of freshwater delivery.

Professor Jim Hall, Director of the Environmental Change Institute at the University of Oxford, and colleagues argue in Science magazine that too much water—as well as too little—can seriously damage a nation’s economic health. And climate change means that this unpredictability is likely to present even greater difficulties in the decades ahead.

But challenges exist already. In Ethiopia, a sustained drought has reduced economic growth by 38 percent. In Thailand, floods in 2011 cost the country $16 billion in insured losses and $43 billion in overall economic losses. In parts of India, half the annual rainfall splashes onto the dusty soils in just 15 days, and 90 percent of the annual river flows are concentrated into about four months of the year.

Rainfall can vary according to season and from year to year. Climate scientists have also repeatedly warned of a possible increase in extremes of heat and flood. So there are at least three dimensions to the delivery of water on tap.

In the arid regions—and these include most of Australia, the southwestern U.S., the Middle East and North Africa—conditions are marked by what hydrologists call “strong interannual variability,” which is a delicate way of saying that droughts can last for years and then end suddenly with catastrophic flash floods.

“When these dimensions are combined,” the report’s authors say, “the situation is most challenging—a wicked combination of hydrology that confronts the world’s poorest people.”

DamNation Explores History of Dams and Brilliance of Rivers Reborn