Why Glitter Must Be Banned 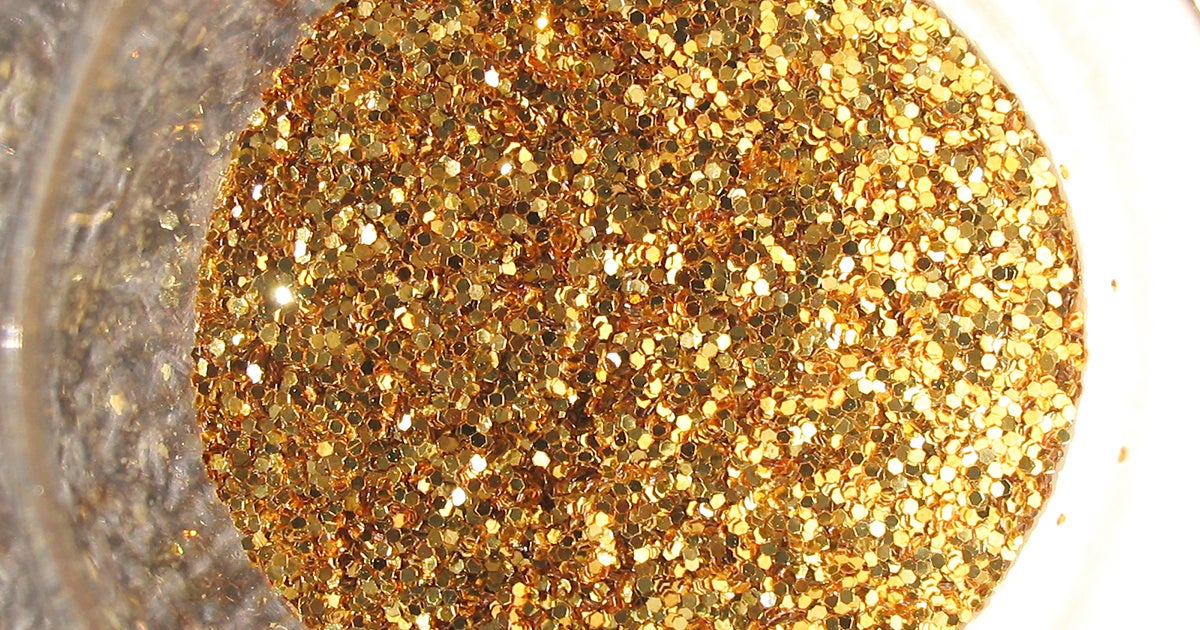 All that glitters ain’t gold, or so the old adage goes. And when it comes to the glitter used in everyday cosmetics, specialty make-up, hair products and party paraphernalia, the negative effects on human health and the environment are indeed far from golden.

“They really do get into everything, and despite their tiny size, they can have a devastating impact on humans and non-human animals,” wrote Trisia Farrelly, a social anthropologist at Massey University in New Zealand and an expert in waste plastics, in an email to AlterNet.

Glitter is one member of a large family of microplastics—tiny little bits of plastic less than five millimeters in size. Think microbeads, microfibers and fingernail-sized fragments of much larger plastic wastes that have broken down over time. When washed or flushed away, microplastics make their way into our oceans and great lakes, slowly accumulating over time, creating all sorts of health and environmental hazards, the full breadth of which is still being grasped.

For one, there’s the issue of how microplastics like cosmetic glitter—made by bonding aluminum with polyethylene terephthalate (PET)—impact sensitive ecosystems. That’s because PETs leach out endocrine-disrupting chemicals, which, when eaten by marine life, can cause adverse developmental, reproductive, neurological and immune effects, said Farrelly. In this recent study, microplastics are shown to significantly impact the reproduction rates of oysters.

PETs attract and absorb persistent organic pollutants and pathogens, adding an extra layer of contamination. When those at the bottom of the ladder—like molluscs, sea snails, marine worms, and plankton—eat pathogen or pollutant-carrying particles of glitter, these minuscule poison pills can concentrate in toxicity as they move up the food chain, all the way to our dinner plates, said Farrelly.

“When we eat Kai moana [Maori term for seafood], we are taking on these toxins,” she wrote. “When they enter the gut, the toxins and pathogens are very easily taken up.”

A growing body of research is shining a light on the resulting effects of these toxins and pathogens on humans. Studies connect endocrine disrupting chemicals with marine and freshwater fish population collapses, as well as declines in sex ratios in human populations that live adjacent to plastic factories.

All of which is prompting many marine experts and environmentalists to advocate for the same ban on glitter as there has been on microbeads—the tiny little balls of plastic used in things like exfoliating beauty products.

“At the rate we are going, there could be one pound of plastic for every three pounds of finfish in the ocean in the next ten years,” wrote Nick Mallos, director of Ocean Conservancy’s Trash Free Seas Program, in an email. “And unless action is taken, the problem is only going to get bigger.”

At the end of 2015 after a sustained campaign at the state level, the Obama administration signed the Microbead-Free Waters Act, banning plastic microbeads in cosmetics and personal care products. Other countries have subsequently followed suit. The U.K. and New Zealand announced their own prohibitions on microbeads earlier this year.

Importantly, these bans aren’t necessarily a reflection of the singular impact from microbeads. Rather, they’re a nod to a much wider understanding of the pervasiveness in the environment of microplastics in general, for the amount of microplastics entering the ocean alone is staggering. According to estimates made in 2014, there are between 15 and 51 trillion microplastic particles, weighing between 93 and 236 thousand metric tons, sitting in the world’s seas.

What’s more, their impacts are myriad

.A number of studies have shown that tiny plastic particles have been detected in sea salts sold commercially. In an interview with the Guardian, Sherri Mason, a professor at the State University of New York at Fredonia who led one of these studies, described plastics as being “ubiquitous in the air, water, the seafood we eat, the beer we drink, the salt we use—plastics are just everywhere.” Microfibers have even been found in honey.

Microplastic had also made their way into 83 percent of tap water samples from more than a dozen countries around the world including India, Lebanon, France and Germany, according to an investigation by Orb Media. The U.S. languished at the bottom of the pile, with plastic fibers appearing in 94 percent of samples.

But microplastics comprise only a fraction of the global plastic pollution problem. The world’s oceans are pockmarked, for example, with massive clusters of marine debris and plastics—the Great Pacific Garbage Patch found in the North Pacific Ocean proving to be the largest such gyre. According to the U.N., more than 8 million tons of plastic makes its way into the ocean each year—equal to a garbage truck of plastic dumped every minute.

Data shows that rapidly developing economies, where population growth and consumption are outpacing waste collection and recycling capacity, are responsible for the largest amounts of plastic wastes entering the oceans, said Nick Mallos. And he warned that, without intervention, growing economies would likely exacerbate these “unintended consequences of development spread.” Still, he remains optimistic.

“By raising awareness of the issue of ocean plastic,” Mallos wrote, “we can curb the flow through reduced consumption, improved waste management and innovative product and material solutions.”