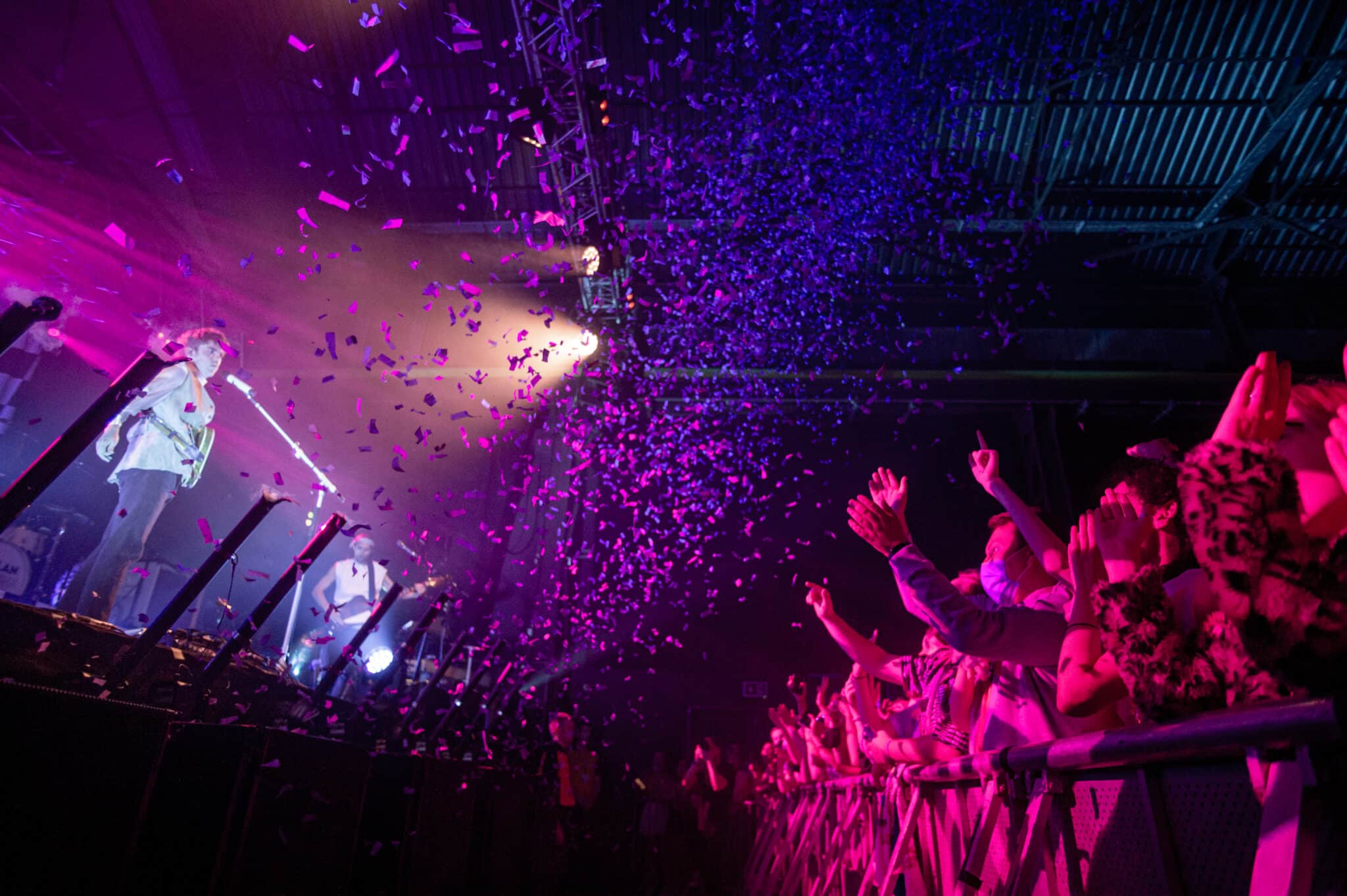 Confetti falls over the audience during the first song at Declan McKenna's concert at SWG3 on September 01, 2021 in Glasgow, Scotland. Roberto Ricciuti / Redferns / Getty Images

As the UK government turns towards fossil fuels in the wake of the energy crisis, a Glasgow nightclub has found a way to dance the high prices and emissions away.

Iconic venue SWG3 switched on a new system on Wednesday called BODYHEAT, which uses the body heat of dancers to both heat and cool the space, Energy Live News reported.

“We’re thrilled that after three years of planning, consultation and construction, we are able to switch on the first BODYHEAT system,” SWG3 managing director Andrew Fleming-Brown said, as Glasgow Live reported. “As well as being a huge step towards our goal of becoming net zero and will hopefully influence others from our industry and beyond to follow suit, working together to tackle climate change.”

The new system was inaugurated, appropriately, with a dance, as club visitors were invited to participate in a line dance known as the Slosh, Glasgow Evening Times reported.

The BODYHEAT system works like this, according to Energy Live News and BBC News:

And can dancing really generate enough energy for this to work? Apparently, yes.

“When you start dancing, medium pace, to the Rolling Stones or something, you might be generating 250W,” system designer and TownRock Energy founder David Townsend told BBC News. “But if you’ve got a big DJ, absolutely slamming basslines and making everyone jump up and down, you could be generating 500-600W of thermal energy.”

Dr. Jon Gluyas, a chair in geo-energy, carbon capture and storage at Durham University’s Earth sciences department, also said that storing heat in liquid underground was effective, since heated liquid takes a while to cool and would be well insulated.

“Storing the heat and playing it back is a major way that can positively influence the energy crisis in the UK and improve energy security,” Gluyas told BBC News. “This is a really good move.”

The new system will allow the club to switch off its gas boilers entirely and slash its carbon dioxide emissions by 70 tonnes a year. This would essentially half its annual emissions of 138.5 tonnes of carbon dioxide, according to the SWG3 website. The venue is promising to be carbon neutral by 2025. Towards this end, the club has taken additional steps including switching to 100 percent renewable energy, working to eliminate single-use plastic and transforming an empty lot behind the club into a community garden.

Fleming-Brown said that the BODYHEAT system had cost more than £600,000, as Glasgow Live reported. In comparison, a conventional air conditioning system would have cost the venue around £60,000. However, the system could pay for itself in around five years in reduced bills. It was mostly funded through grants and supported by the Scottish government, according to BBC News.

“If we can make it work here in this environment, there’s no reason why we can’t take it to other venues, not just here in Scotland and the UK, across Europe and further afield,” Fleming-Brown told BBC News.

Indeed, the SchwuZ nightclub in Berlin has already expressed interest to Townsend in a BODYHEAT system of their own.

“You know they don’t want to be kind of beaten at cool clubbing technology,” he told BBC News.