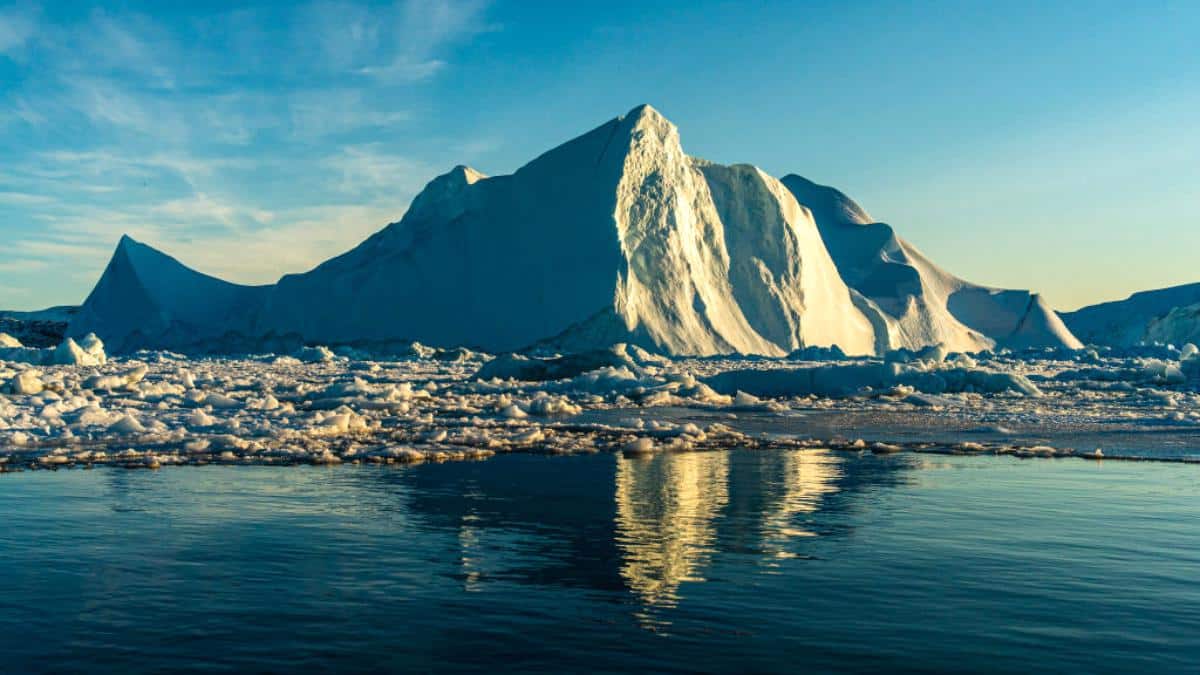 Researchers warned of the need for urgent climate action as a study published Wednesday revealed that the world’s mountain glaciers are melting at an unprecedented pace, with glacial thinning rates outside Antarctica and Greenland doubling this century.

For the first time ever, researchers analyzed three-dimensional satellite measurements of the world’s approximately 220,000 glaciers, except for those on the Antarctic and Greenland ice sheets. The results, published in Nature, show that the planet’s glaciers lost 267 billion tonnes of ice each year from 2000 to 2019, the equivalent of 21% of sea level rise. The study’s authors said that is enough water to flood all of Switzerland under six feet of water every year.

The paper notes that “thinning rates of glaciers outside ice sheet peripheries doubled over the past two decades.”

The study’s authors found that, on average, glaciers lost 4% of their volume during the two decades studied. They determined that the fastest-melting glaciers are in Alaska and the Alps. Alaska alone accounted for one-quarter of the world’s glacial melt, with the Columbia Glacier in Prince William Sound retreating by around 115 feet annually.

“A doubling of the thinning rates in 20 years for glaciers outside Greenland and Antarctica tells us we need to change the way we live,” Romain Hugonnet of the University of Toulouse in France, the study’s lead author, told The Guardian.

“It can be difficult to get the public to understand why glaciers are important because they seem so remote,” he added, “but they affect many things in the global water cycle including regional hydrology, and by changing too rapidly, can lead to the alteration or collapse of downstream ecosystems.”

Today, the Guardian is launching a new series on global glacier loss. First up: A new study finds glacial melt is driving a fifth of global sea level rise — and the speed of melting has doubled in just 20 yearshttps://t.co/BkO0BCyLb6 pic.twitter.com/R2ncR7iQyN

Hugonnet said he was particularly concerned about glacier loss in high Asian mountain ranges, which are the sources of rivers upon which more than 1.5 billion people rely for water.

“India and China are depleting underground sources and relying on river water, which substantially originates from glaciers during times of drought,” he told The Guardian.

“This will be fine for a few decades because glaciers will keep melting and provide more river runoff, which acts as a buffer to protect populations from water stress,” said Hugonnet. “But after these decades, the situation could go downhill. If we do not plan ahead, there could be a crisis for water and food, affecting the most vulnerable.”

Mark Serreze, director of the Colorado-based National Snow and Ice Data Center, told The Associated Press that sea level rise — which is exacerbated by glacier melt — “is going to be a bigger and bigger problem as we move through the 21st century.” Serreze did not contribute to the new paper.

The new study’s authors implore policymakers to devise adaptive measures for the estimated billion people threatened with water and food insecurity before 2050.

Samuel Nussbaumer of the World Glacier Monitoring Service, which did not take part in the study, said that “the new paper will have a big impact.”

“This is the most global, complete study. The gain in new information is huge,” Nussbaumer told The Guardian. “The rapid change we see now is really interesting from a scientific point of view. Never before in history has change happened this fast.”

The new study follows research published last week showing shifts in Earth’s rotational axis — which have accelerated over the past three decades — are caused by melting glaciers.