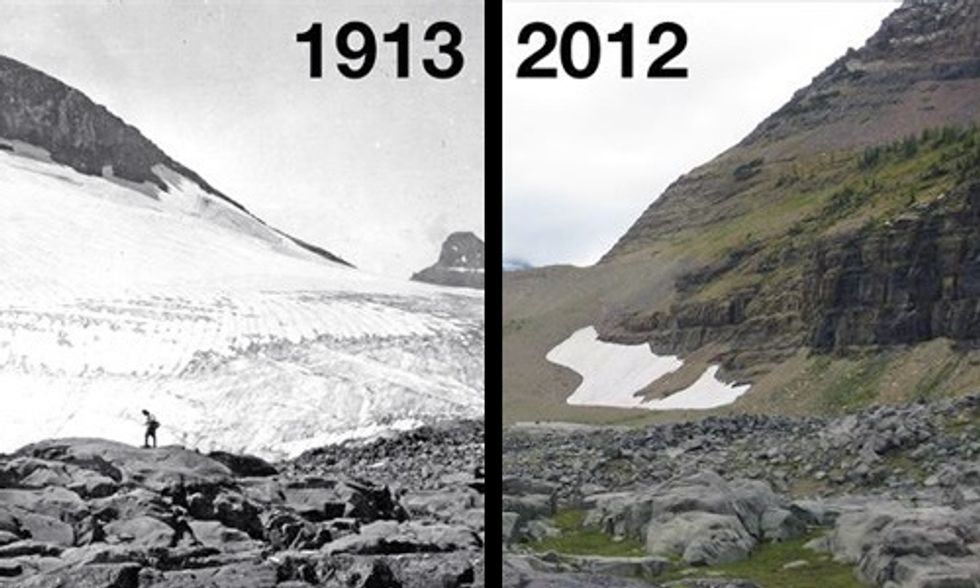 I love our national parks. Writer and historian Wallace Stegner called them "the best idea we ever had." And yet, like the rest of the planet, our parks are under siege from climate change. From bigger and bigger fires threatening Yosemite to rising seas disrupting the Everglades' fragile ecosystem, the evidence is everywhere.

One of the most publicized indications of the problem, though, is the changing landscape of Glacier National Park. The park in northern Montana is rapidly losing its iconic glaciers. "In the mid-1800s, this Montana landscape was covered by 150 glaciers—today only 25 remain," says National Geographic in the video below.

Dan Fagre, a U.S. Geological Survey research ecologist, tells National Geographic that the park will "be nearly glacier free by 2030, based on present warming trends." That's only 15 years away.

Watch National Geographic's video of this majestic park melting away: