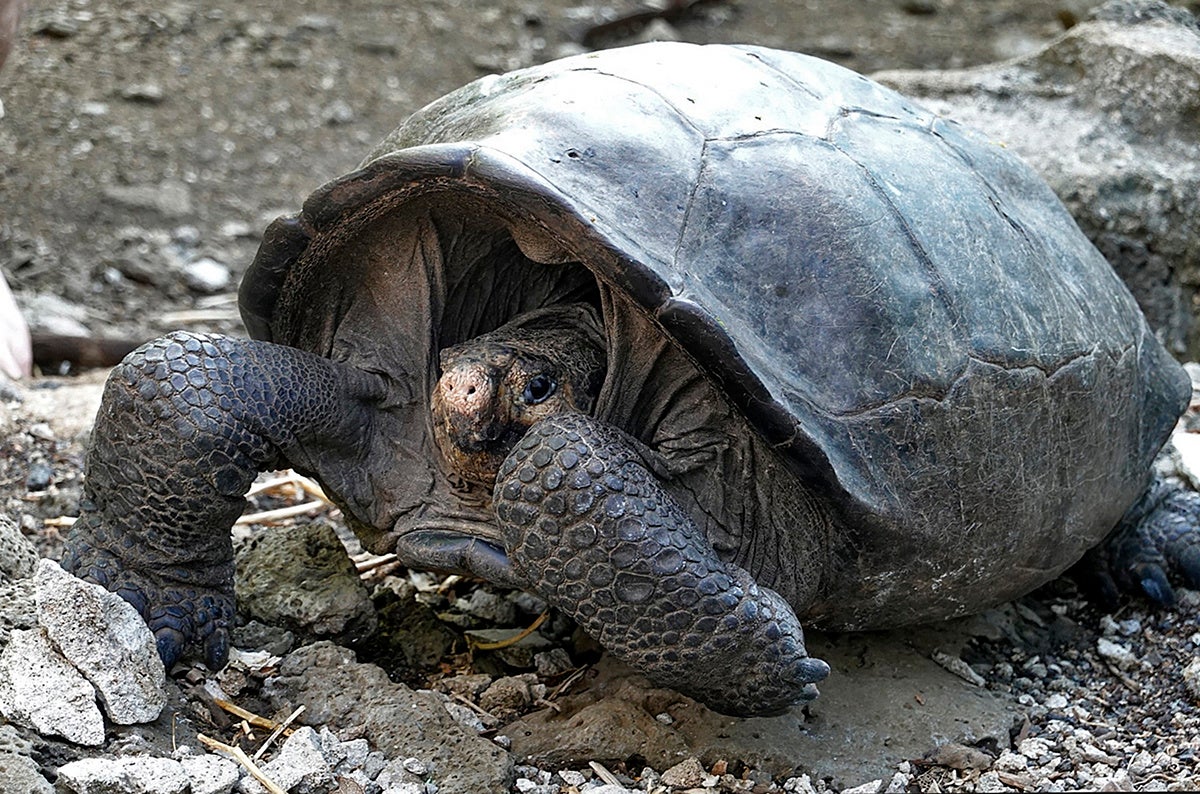 A rare species of giant tortoise, feared extinct for more than 100 years, was sighted on the Galápagos island of Fernandina Sunday, the Ecuadorian government announced.

The tortoise, an adult female of the species Chelonoidis phantasticus, was found during an investigation by the Galápagos National Park and the U.S. environmental group Galapagos Conservancy, The Associated Press reported.

BREAKING NEWS! GC’s own @wacho_tapia just returned from Fernandina Island in #Galapagos, where they discovered a female #tortoise. Tortoises on Fernandina have been thought to be extinct for over 100 years, so this is a monumental finding! Photos © GNPD, W. Tapia pic.twitter.com/fhQpIzsHmM

The researchers also thought that the tracks and faeces they had observed on their trip indicated there might be other members of the extremely endangered species living on the island. Up until Sunday’s discovery, the International Union for Conservation of Nature (IUCN) had listed the tortoise as critically endangered and possibly extinct, but noted that there was an unconfirmed sighting in 2009, and previous expeditions had found faeces and bite marks on cacti on the island.

“This encourages us to strengthen our search plans to find more tortoises, which will allow us to start a captive breeding program to recover this species,” Galápagos National Park Director Danny Rueda said in a park Facebook post.

The tortoise, who is likely more than 100 years old, was moved to a tortoise breeding center on Santa Cruz Island, The Associated Press reported.

“They will need more than one, but females may store sperm for a long time,” Duke University Conservation Ecology Professor Stuart Pimm told The Associated Press of a potential breeding program. “There may be hope.”

The last confirmed sighting of Chelonoidis phantasticus was in 1906, when one was found by an expedition of the California Academy of Sciences, according to The Independent.

Until this week, specimen 8101 was the only known giant tortoise from the Galapagos island of Fernandina. Congratulations to @wacho_tapia and colleagues @parquegalapagos for the incredible discovery of a living female on the island. pic.twitter.com/CKxsrPzen2

Fernandina is the youngest and most volcanically active of the Galápagos islands. The IUCN listed “the frequent volcanic lava flows that nearly cover the island” as the force that might have driven the species close to extinction.

There were once 14 species of giant tortoises on nine Galápagos islands, but now that number has fallen to 10 species on six islands, The Independent reported.

Ecuadorian Environment Minister Marcelo Mata Guerrero was quoted on the Galápagos National Park Facebook page as saying the park could “count on all the backing of the national government and the Environment Ministry to conduct the necessary investigations to guarantee the conservation and preservation of the species that call the Galápagos home.”