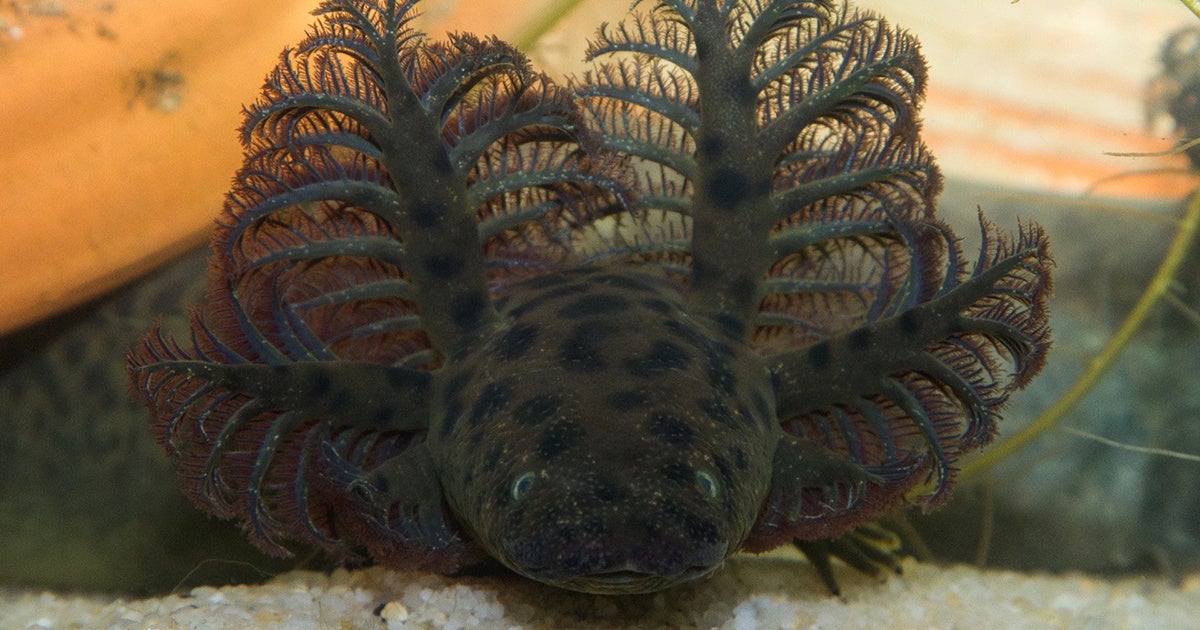 Sometimes you go into a Florida swamp to study turtles and end up encountering a two-foot-long salamander previously undescribed by science.

That’s what happened to biologist David Steen back in 2009 when he pulled up one of his turtle traps from the swampy waters around Elgin Air Force Base. The trap didn’t contain turtles, but he did find a giant, eel-like salamander resting comfortably inside.

“It was just kind of sitting on the bottom of the trap, waiting patiently,” Steen said.

Steen was a lot more excited than the animal in front of him. He knew he was looking at an amphibian few people had ever seen before.

Steen said he first started hearing rumors of a massive undiscovered salamander species during his graduate-student days at Alabama’s Auburn University in early 2007. “My advisor, Craig Guyer, was showing me around their Museum of Natural History and he kind of tapped his knuckles on this big specimen jar,” Steen recounted. The contents were labeled as another large salamander species, the greater siren (Siren lacertina), but Guyer suggested that it didn’t look quite right. “He said it’s probably a new species just waiting for someone to describe it.”

Others, it turned out, had also suspected the presence of an unknown species. Locals have long spoken of a mysterious creature they called a “leopard eel,” and Robert Mount’s 1975 book The Reptiles and Amphibians of Alabama mentioned an unnamed siren, but no one had been able to prove its existence. For more than a decade, people had stopped looking.

Steen and another graduate student, Sean Graham, immediately started dreaming of solving the mystery. “We were scheming — how can we find one of these things?”

Easier said than done. They knew roughly where to look because of the museum samples and other accounts, but it still took more than two years before Steen found the single live salamander in 2009. Several failed attempts followed before they finally found three more specimens in 2014. Studying those four animals took a few more years, all work done on their own time and without an official research budget.

The hard work paid off, though. A paper by Steen, Graham and other researchers published Wednesday in the journal PLOS ONE describes the new species and names it the reticulated siren (S. reticulata). According to the paper the completely aquatic salamander lives in northwest Florida and southern Alabama and has a slimy, eel-like body with irregular spots on its skin, two forelegs, no back legs and a set of gills just behind its head. It’s about the length of North America’s largest salamander, the Hellbender (Cryptobranchus alleganiensis), but much slighter of build.

That all adds up to a highly unusual animal—and one of the largest vertebrates described in the U.S. or Canada in the past few decades.

“It was surreal to see after years of talking about this creature—it was kind of a mystical, mythical beast,” Steen said. “It’s so unlike most other creatures that we share the planet with.”

Why did it take so long to discover a two-foot-long salamander? “I think it’s a combination of things,” said Steen, who is now the research ecologist at the George Sea Turtle Center and executive director of The Alongside Wildlife Foundation. “One, this creature is completely aquatic. It lives in swamps and mud. These are not really places where people spend a lot of their time. It’s also superficially similar to another species, the greater siren, so unless you knew what you were looking for you would probably assume it was something we already knew.”

The paper aims to change that. Although Steen acknowledges there’s still a lot to learn about the new siren, he said it was time to bring its existence to the world’s attention. “We could wait another 10, 20, 30 years to figure out all the details about the species but we felt it was important to document it. Maybe that will provide some incentives for people to do formal studies and surveys. As you know, you can’t afford formal protections to a species that people don’t even know about or don’t even recognize.”

That possible future protection could be important. The paper doesn’t get into the reticulated siren’s potential conservation status, but a press release about the discovery calls it “at least vulnerable to population declines.” That’s because its habitat in the U.S. Southeast is increasingly under pressure from a growing human population, development, agriculture, logging, climate change and other threats.

At the same time, the new siren represents the Southeast’s amazingly diverse treasure trove of species, said amphibian biologist Karen Lips from the University of Maryland, College Park, who was not affiliated with the study. “Every time I talk about salamanders, I put up a global map of salamander biodiversity and it just glows red in the southeastern U.S. It’s ground zero for salamander diversity.”

Many of those species are endangered or at risk, so Lips calls the discovery of the reticulated siren a “little ray of light.” Although she expects the species might eventually be listed as endangered due to the relatively few encounters over the past decade, she’s glad that it has now been described and named. “In the amphibian community, we all have undescribed specimens on our shelves for which we can’t find the populations anymore. Even if this species is rare and endangered, it exists. That’s good news.”

And believe it or not, it might not be alone. Genetic tests conducted for the paper suggest that other undescribed giant siren salamander species may also be out there in the Southeast, waiting to be discovered. “We really need a formal revision of this entire family of salamanders so we can figure out their biology and their conservation status and bring them into the 21st century,” Steen said.

That echoes Steen’s final message about the siren: There are still numerous species yet to be discovered, and like their known counterparts they’re all facing a growing number of threats. The time to save these species grows shorter with each passing year.

“We just don’t know what we’re losing because we haven’t done the formal work to figure out what species are still out there,” he said.

For at least one species, though, that first step has finally been taken.