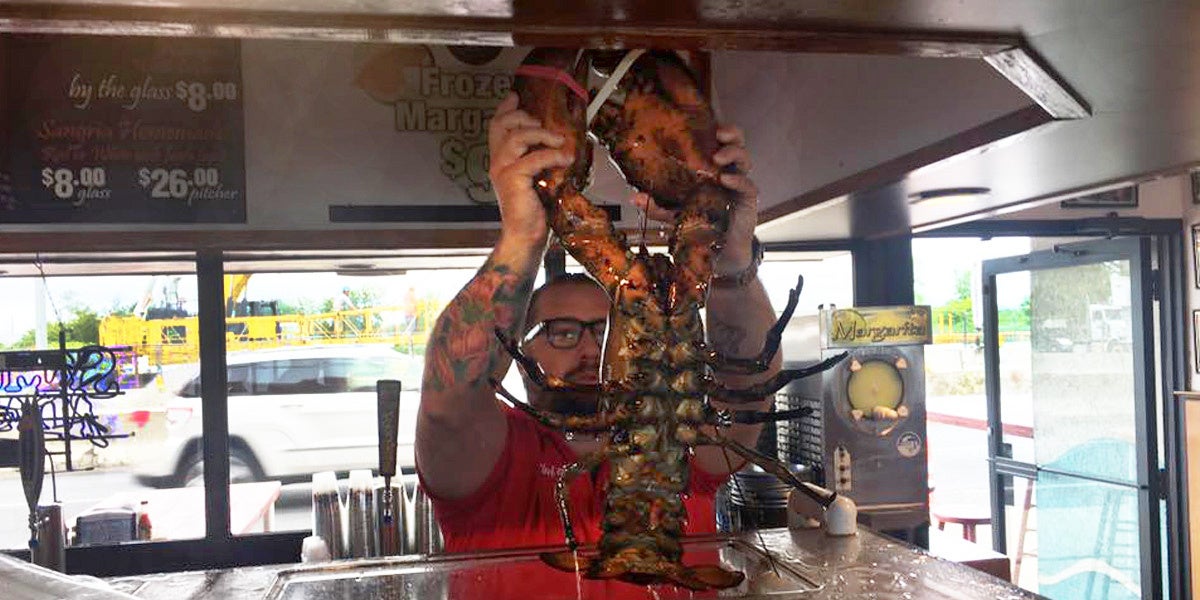 Louie the giant lobster, who is probably 132 years old, spent 20 years in a tank in a restaurant in Long Island, New York.

It seemed like Louie would meet the same fate as all the other lobsters in the restaurant. But the owner, Butch Yamali, realized that he just couldn’t put Louie in the pot.

When Yamali purchased Peter’s Clam Bar in Hempstead, Long Island, four years ago, Louie the giant lobster was already there. No one knows for sure how old Louie is, but past reports indicate that he is probably 132 years old this year.

The world ‘s oldest lobster in captivity was probably 140.

Two weeks ago, a customer offered Yamali $1,000 to buy Louie the giant lobster, who weighs 22 pounds, and eat him at a Father’s Day feast.

But Yamali just couldn’t let anyone eat the tenacious crustacean. He decided to free him instead.

Yamali organized an official ceremony to return Louie to the wild. The town supervisor of Hempstead, Anthony Santino, attended the ceremony to grant Louie an official pardon. After Santino said a few words, Louie was released into the water near Atlantic Beach reef.

So, will Louie live happily in the wild for many more years?

Bob Bayer, executive director of the Lobster Institute in Maine, thinks so. Bayer said, “He’ll be just fine. There aren’t many predators who want to eat a big old lobster like that.”

How long can lobsters live?

Scientists don’t actually know how long lobsters are capable of living, but they do know that very large lobsters show no signs of aging. Theoretically, if a lobster never ran out of food and never got eaten by a predator, it might be able to live forever.

The largest lobster ever caught was 44 pounds. If Louie was only 22 pounds and 132, who knows how long he might live? Lobsters also retain their fertility well into old age.

So Louie may be able to find a mate and live happily ever after.