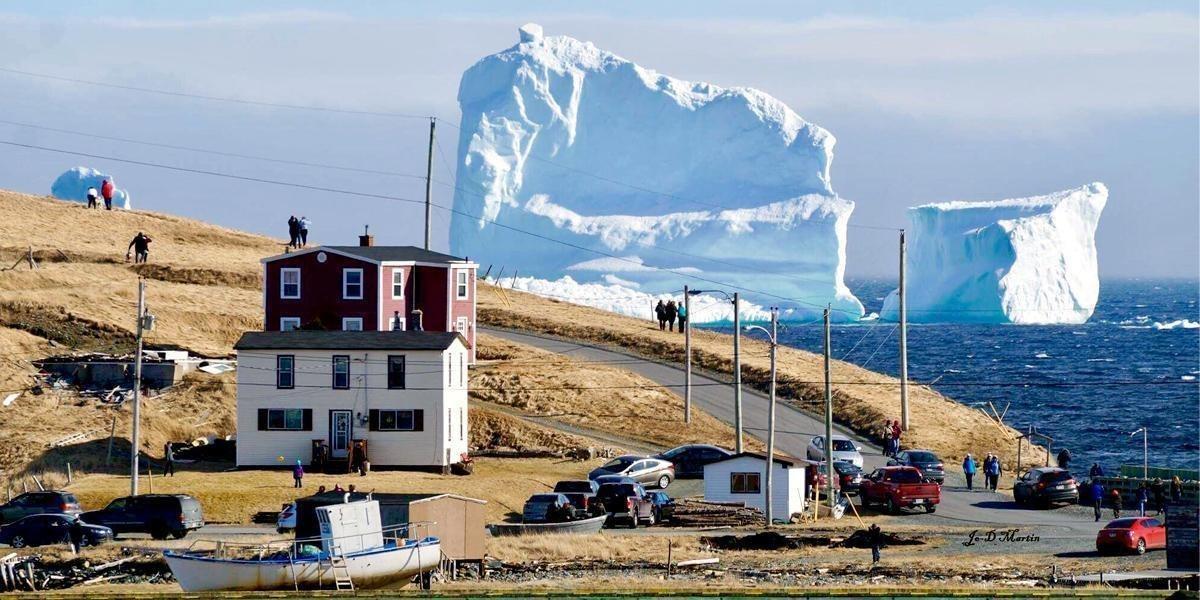 The huge iceberg in Ferryland, Newfoundland on April 16 via jodymartin_3298.

A massive iceberg is towering over a Newfoundland town, as climate change continues to cause dramatic and spectacular events.

The giant iceberg near Ferryland, Canada has created quite a stir and even caused traffic jams as locals stop to take pictures.

Icebergs commonly appear off the coast of Ferryland—in fact, this area called “Iceberg Alley” is famous for iceberg tours that start in May. However, this particular iceberg is unusual for its mammoth size and early appearance.

The Canadian Ice Service classified the iceberg as “large,” their second largest category that includes heights of 151-240 feet and lengths of 401-670 feet.

According to Gabrielle McGrath, commander of the United States Coast Guard International Ice Patrol, 616 icebergs have already moved down the North Atlantic this year, while last year, 687 were counted by late September.

“Usually, you don’t see these numbers until the end of May or June. So the amount of icebergs that we’re seeing right now, it really is quite something.”

Acton-Bond said that the high number of icebergs is evidence that a major calving event has happened in Greenland. Ice calving is the process of ice chunks breaking loose from the edge of a glacier.

This rare climate event is only one of several reported this month. Scientists discovered a giant waterfall forming in Antarctica and an entire river in Canada’s Yukon territory suddenly and unexpectedly changing direction.