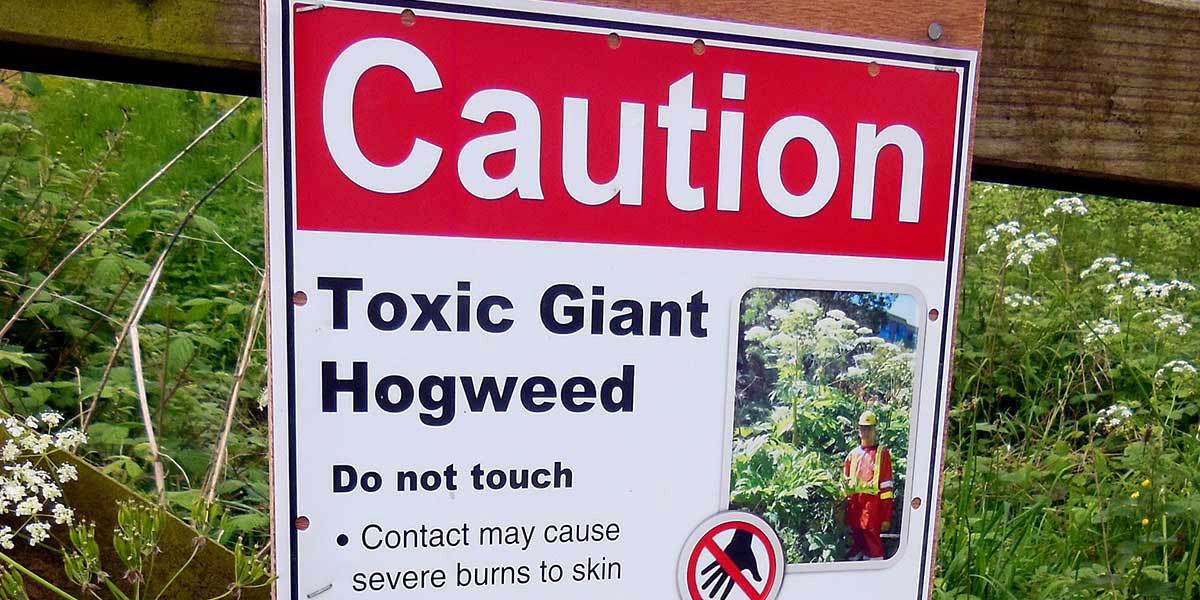 An invasive plant species whose sap can cause burns and blindness has spread to Virginia, CBS News reported Monday.

Giant hogweed looks similar to common, harmless summer wildflowers like cow parsnip and Queen Anne’s lace. But it can grow to be 14 feet tall and its sap contains photosensitizing furanocoumarins that make any skin they comes in contact with more sensitive to sunburn, sometimes on a long-term basis. The sap can also cause severe blisters on the skin and blindness if it enters the eye.

The first plants spotted in Virginia were identified by scientists at Virginia Tech’s Massey Herbarium in Clarke County last week.

Researchers have identified 30 plants in the area.

Giant hogweed is native to the Caucasus mountains and southwest Asia. It was first brought to the U.S. as an ornamental plant in 1917, according to the U.S. Department of Agriculture (USDA). In addition to harming any human unlucky enough to interact with it, it also crowds out native species and has been categorized as a Noxious Weed under the Plant Protection Act.

The New York State Department of Health (DOH) advises anyone who comes in contact with the plant to move out of the sun and wash off the impacted area with cold water. If you cannot get indoors, apply sunscreen. The reaction usually begins 15 minutes after contact. A compress soaked in aluminum acetate can also soothe the burns.

If the sap gets in your eyes, you should rinse them with cold water, wear sunglasses and seek medical attention.

Giant hogweed is also very difficult to get rid of, but you have to be careful of how you dispose of it because of the dangers posed by its sap.

“Do not mow, cut or weed whack the plant, as it will just send up new growth and put you at risk for being exposed to sap—the same kind of thing that would happen with poison ivy or sumac,” the New York State DOH advises.

To effectively remove it, you have to cut plant roots, remove seed heads, mow the plants when small or use extensive amounts of herbicide, but you must wear protective gear while doing so, according to Science Alert. The New York State DOH recommends getting professional help.

Giant hogweed can be distinguished from similar-looking cow parsnip by its overall size and the size and steep incline of its leaves, which can be five feet across. In addition, its flowers are umbrella-shaped, not flat, and its stems have purple splotches, the New York State Department of Environmental Conservation explains.