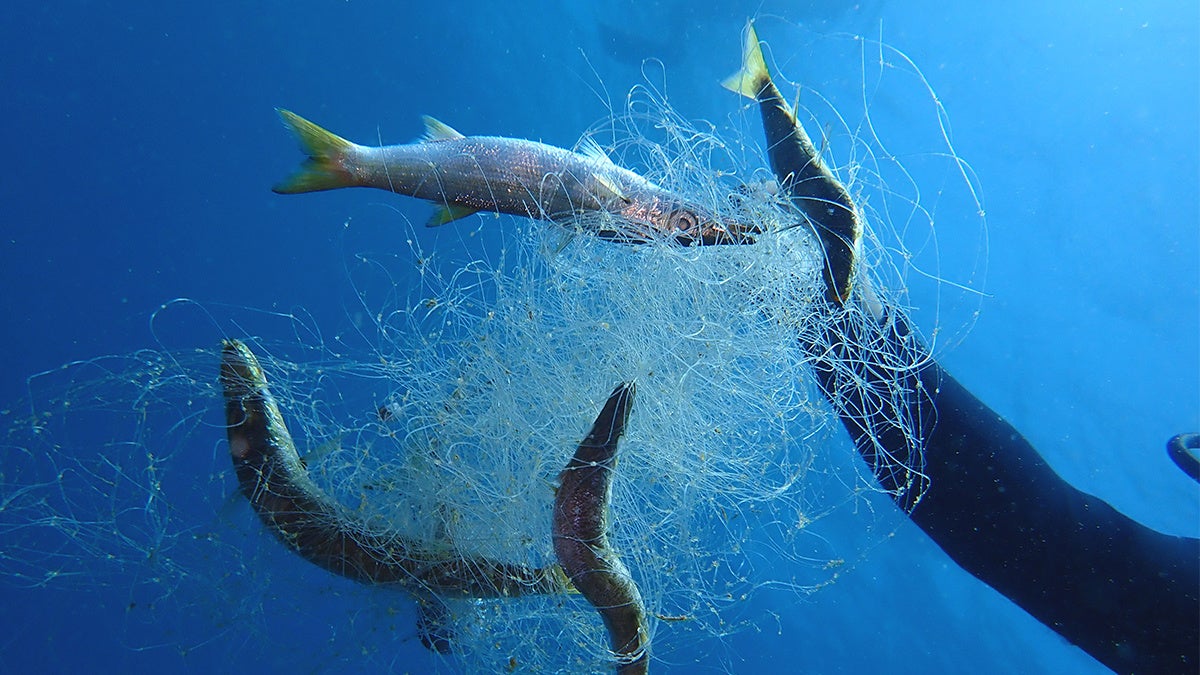 Ghost nests continue fishing long after they have been abandoned. Josephine Jullian / iStock / Getty Images Plus

A lot of the discussion around ocean plastic pollution focuses on consumer items like bottles, bags and straws. But a new Greenpeace report zeroes in on a different plastic threat: lost or abandoned fishing gear.

Discarded plastic fishing equipment, dubbed “ghost gear,” is especially dangerous to marine life because it was designed to trap and kill it.

“(Ghost gear) is like a zombie in the water,” Greenpeace marine biologist and oceans expert Thilo Maack told AFP. “Nobody takes out the catch, but it’s still catching.”

The report found that there is an alarming amount of this deadly plastic gear in the oceans. Around 640,000 tonnes of it enter the world’s oceans every year, around the same weight as more than 50 thousand double decker buses.

While fishing gear represents 10 percent of ocean plastic overall, it makes up a much larger proportion of large plastic pollution. In some areas, it contributes the “vast majority of plastic rubbish.”

“It’s a huge problem because as they are initially set to trap and kill marine wildlife, they will do that for as long as they are in the oceans,” Greenpeace Africa’s campaigner Bukelwa Nzimande, 29, told AFP.

Ghost gear spreads for a variety of reasons, but mostly because of overcrowded fisheries, overfishing, and illegal or unregulated fishing, the report found. There is also no legal framework currently in operation to protect marine life in international waters.

Greenpeace UK oceans campaigner Louisa Casson spoke to the scope of the problem, according to The Guardian:

“Ghost gear is a major source of ocean plastic pollution and it affects marine life in the UK as much as anywhere else.

“The UK’s waters do not exist in a vacuum as oceans have no borders. The world’s governments must take action to protect our global oceans, and hold the under-regulated fishing industry to account for its dangerous waste. This should start with a strong global ocean treaty being agreed at the United Nations next year.”

The ocean treaty is one of three recommendations Greenpeace issued to address the problem.

The Global Ocean Treaty, which is supposed to be agreed upon by 2020, would allow governments to create ocean sanctuaries in at least 30 percent of international waters by 2030.