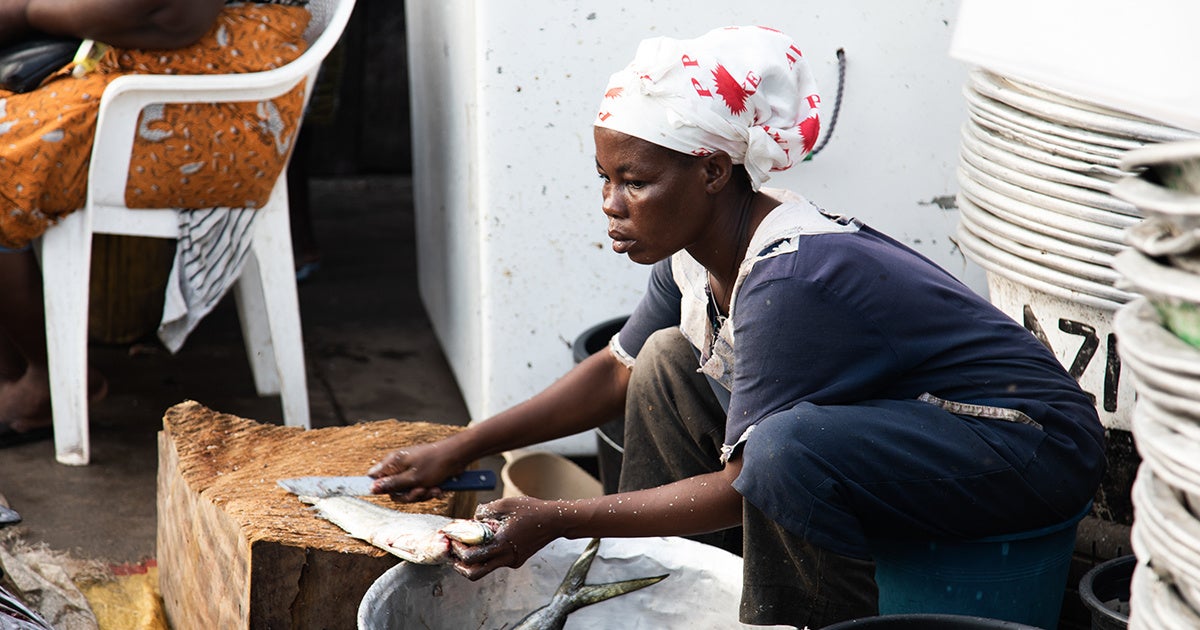 A fishmonger in Elmina, a fishing port in the Central Region of Ghana. Environmental Justice Foundation

Each morning, men living in fishing communities along Ghana’s coastline push off in search of the day’s catch. But when the boats come back to shore, it’s the women who take over.

In Ghana’s fishing industry, women process and sell the fish caught by men. A “queen” fishmonger — known as the “Konkohemaa” — holds court as the most powerful woman in a fishing community. Elected by family heads, she draws on centuries of tradition and years of experience. When the boats land, she is the one who bargains with the fishermen, mediates conflicts over pricing and processing, and serves as the mouthpiece for local women involved in the industry. 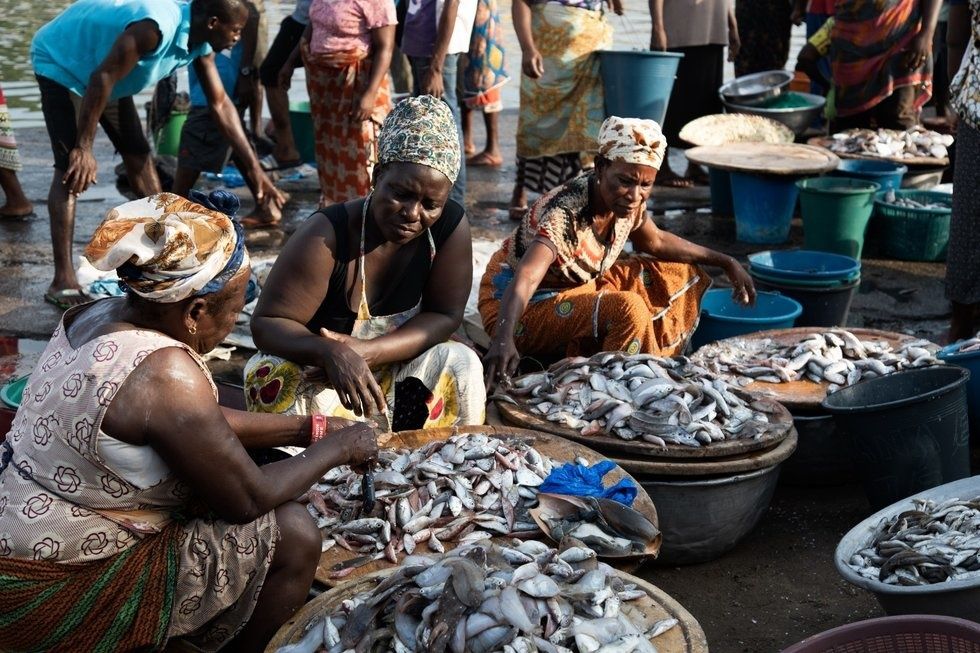 Fishmongers in Elmina, a fishing port in the Central Region of Ghana. Environmental Justice Foundation

Traditionally, most women in fishing communities in the Central Region of Ghana — their Konkohemaas among them — own boats and finance fishing trips, guaranteeing them a portion of each catch. But as fish grow fewer in number, women are struggling to turn a profit. 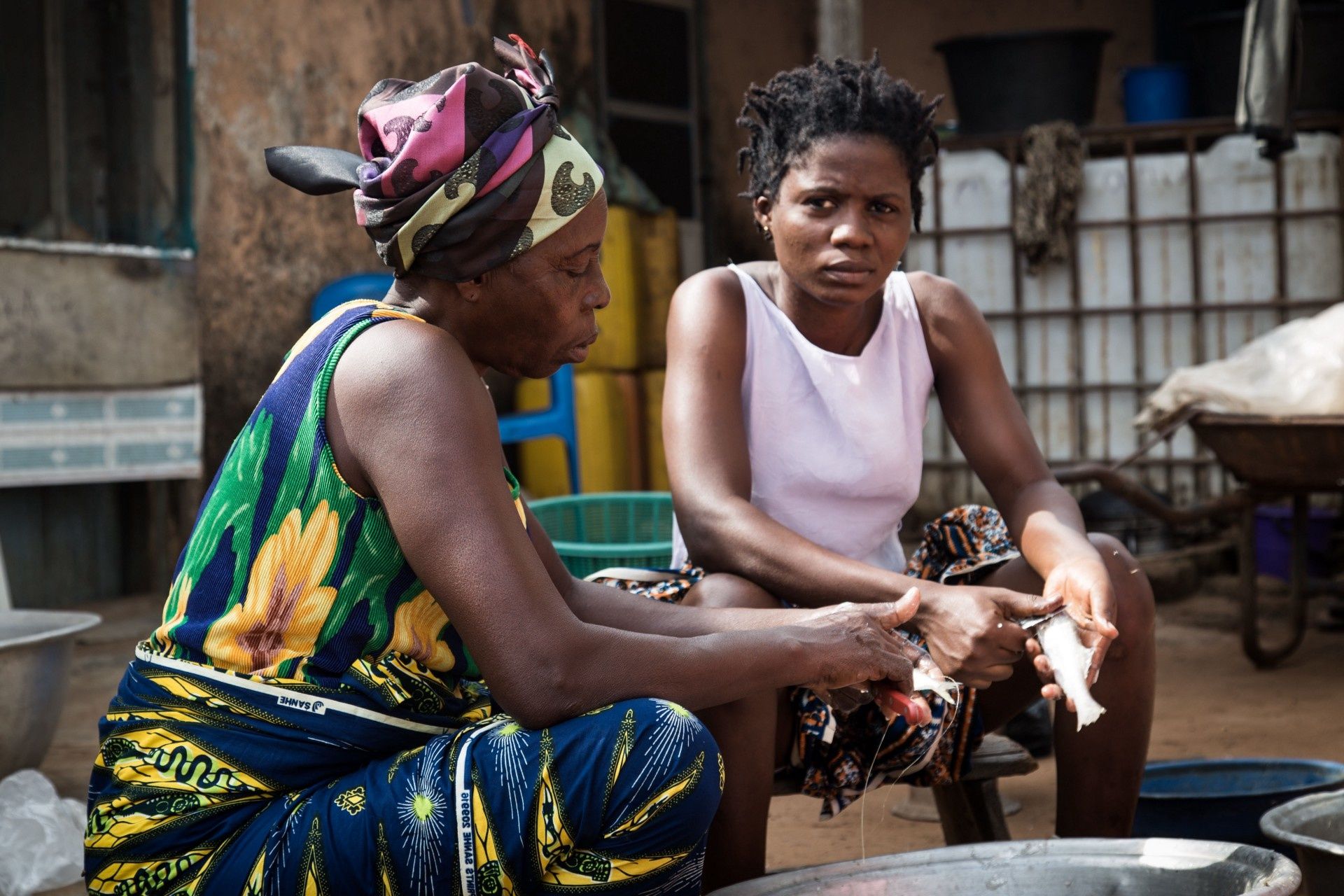 Fishmongers in Gomoa Fetteh, a fishing port in the Central Region of Ghana. On the left is Afua, who has seen a drastic fall in Ghana’s fish stocks within her lifetime. Environmental Justice Foundation

Fisheries in Ghana are built on an intricate set of traditions, running through generations. Fishmongering, the traditional role for women, is passed down from mother to daughter. Afua, a fishmonger in Gomoa Fetteh, on the central coast of Ghana, recalled learning how to process fish from her mother when she was 15. In those days, she said, the fishermen didn’t have to travel far — they could sometimes be seen from the shore making a big catch. Now, the men have to go long distances, and they often return empty-handed. 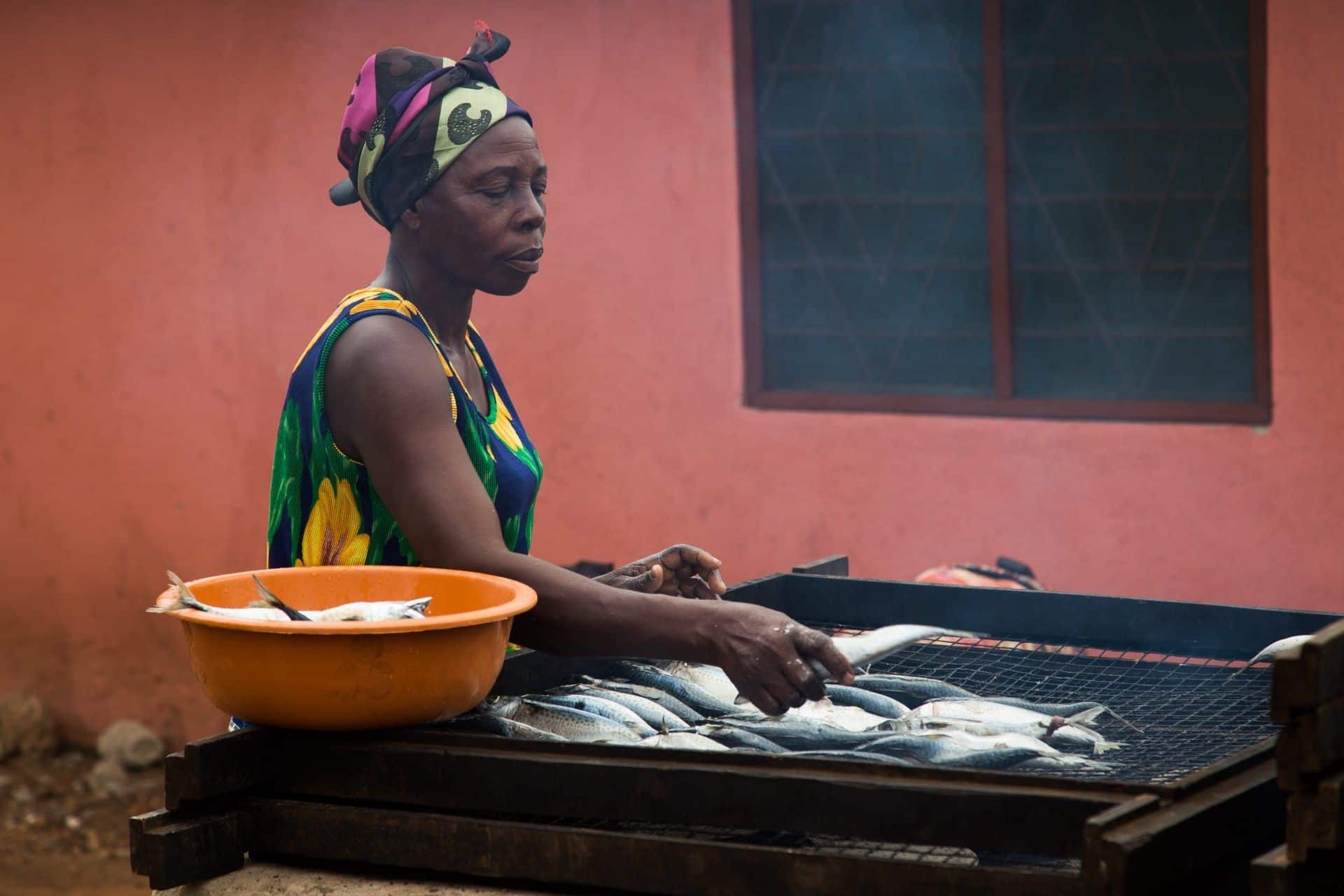 Afua, smoking fish. The scarcity of fish is diminishing her business. “And it means the little savings I have, I have to use to support my family,” she said. Environmental Justice Foundation

Despite the significant role of women in Ghanaian fisheries, their contributions to the sector are often overlooked by policymakers. An analysis of the industry by the Environmental Justice Foundation and local NGO Hen Mpoano found that women are often excluded from decisions about how to manage fisheries. They also have no say in how to prevent illegal fishing, despite the fact that they could be instrumental in its eradication. Women, for example, could organize to refuse to purchase illegally caught fish — those collected by using chemicals such as DDT, petrol or dynamite. 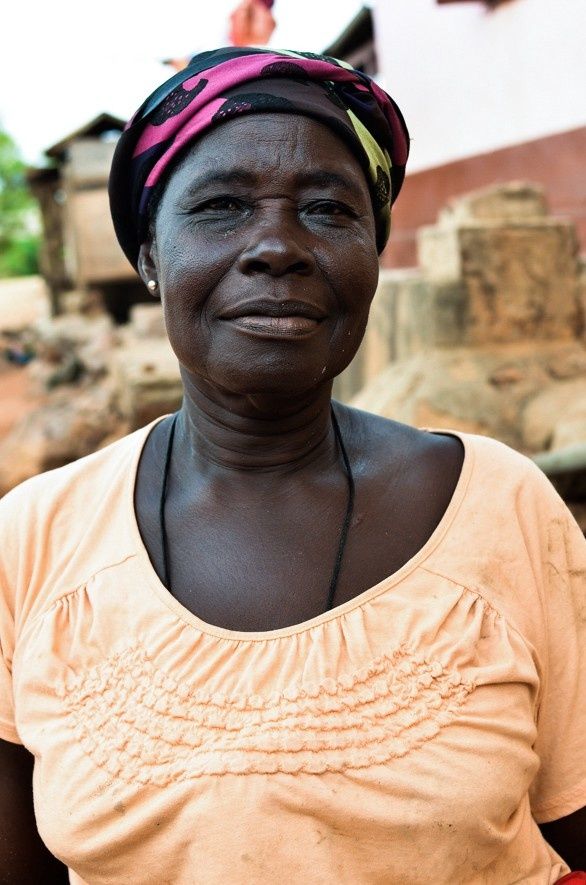 Afua’s sister, Rose. She has been a fishmonger for 20 years. Environmental Justice Foundation

Ekua, a fishmonger from Ankaful, in the Central Region of Ghana, processes and sells fish her husband catches — a typical partnership in the industry. But as her husband’s catches have diminished, Ekua is increasingly forced to buy fish from other fishermen. Despite the drop in yields, she feels they have no choice but to continue to fish. “If my husband stops fishing we will starve,” she said. “If he stops fishing, what work will we do? We have only one job, which is the sea.” 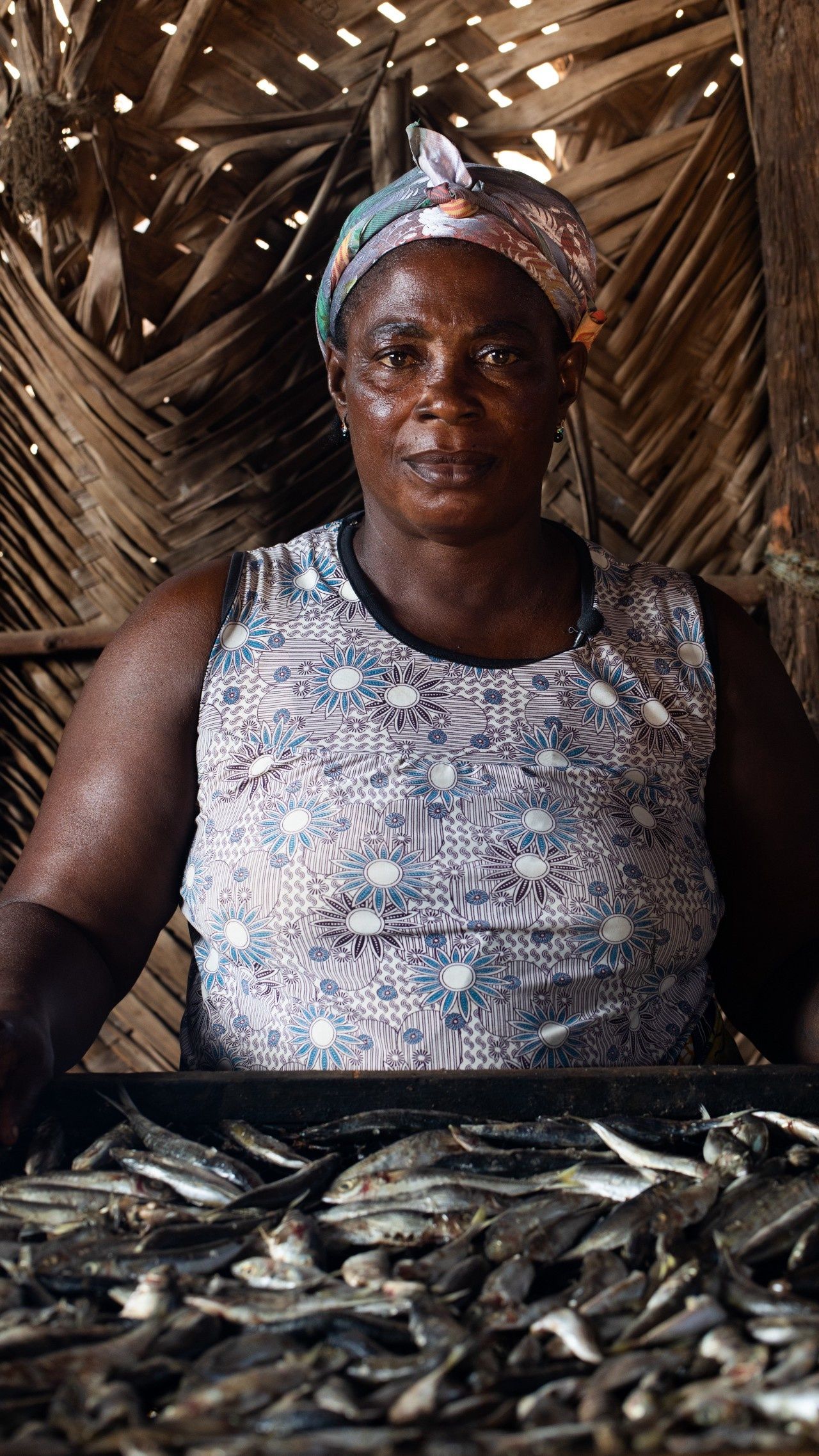 Ekua, a fishmonger from Ankaful, in the Central Region of Ghana. Environmental Justice Foundation

Ekua has five children and has been processing fish since her first child was born in 1983. “This morning, after house chores I will bathe the children, so they can go to school,” she said. “After I will go to shore to get the fish that my husband will catch for smoking and then cook, so that I can feed the children when they return from school. I buy fish when they get nothing at sea.”

One of the major obstacles facing women is limited access to the financial services that are available to men. Men who catch fish can take advantage of subsidies for fuel, nets and boat motors, but women who sell fish enjoy no such assistance. The National Fish Processors and Traders Association was created in 2015 in part to to help women get loans, but thus far none of its members have received any government funding. 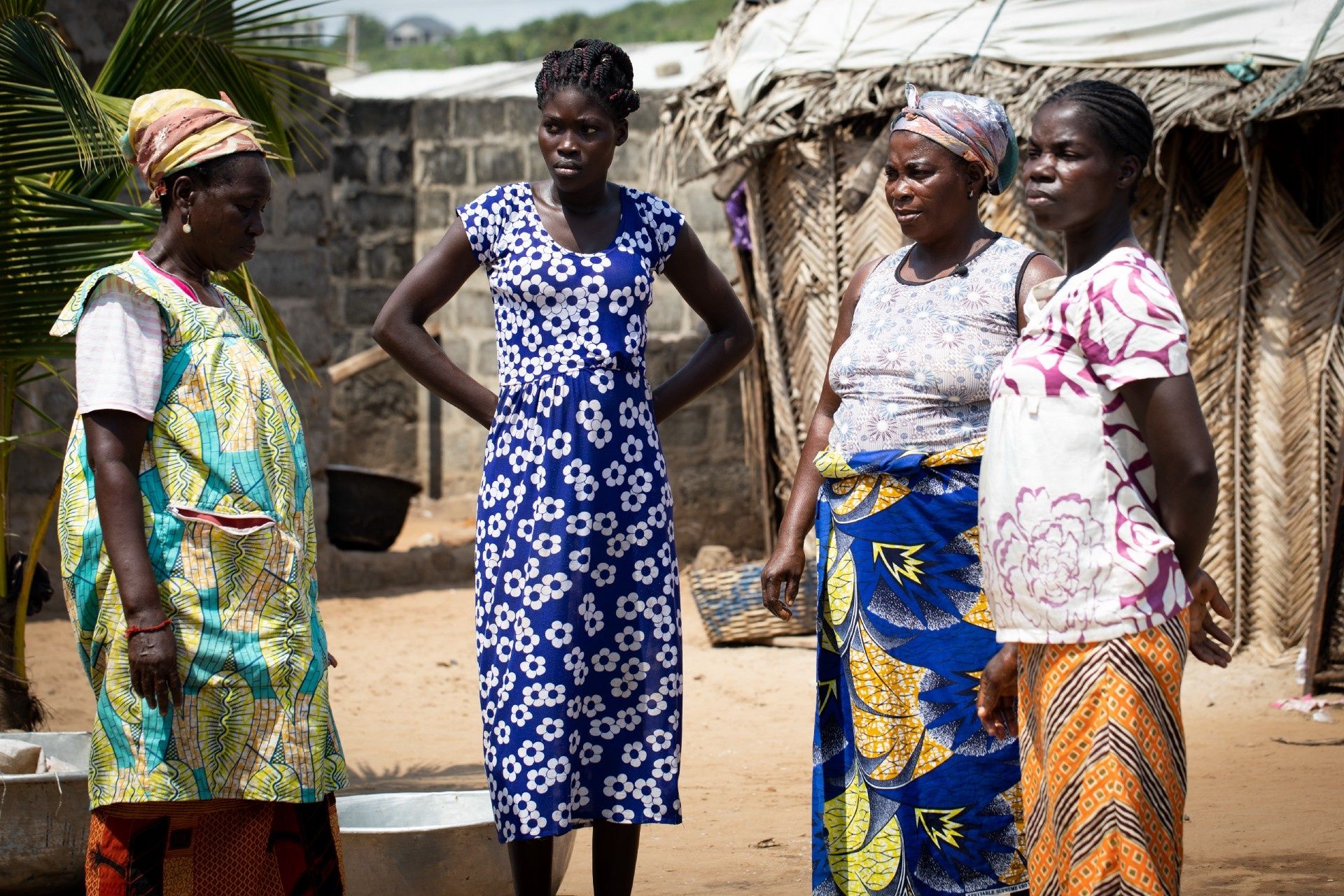 Ekua (second from right) with three other fishmongers who are helping her process fish, in Ankaful, near the central coast of Ghana.Environmental Justice Foundation

Communities surveyed by the Environmental Justice Foundation and Hen Mpoano say that gender equality is still far off. Disparities are likely to endure as long as women are left out of policymaking, meaning women will struggle to cope with the decline of the industry.

“Fishing processing was good in the beginning, but now it is worse,” Ekua said. “We are worried. We are really worried that fishermen get no fish in the sea nowadays.”

Daisy Brickhill, PhD, is a science writer with the Environmental Justice Foundation. She produced this story for Nexus Media, a syndicated newswire covering climate, energy, policy, art and culture.