Germany Shows that Renewable is Doable 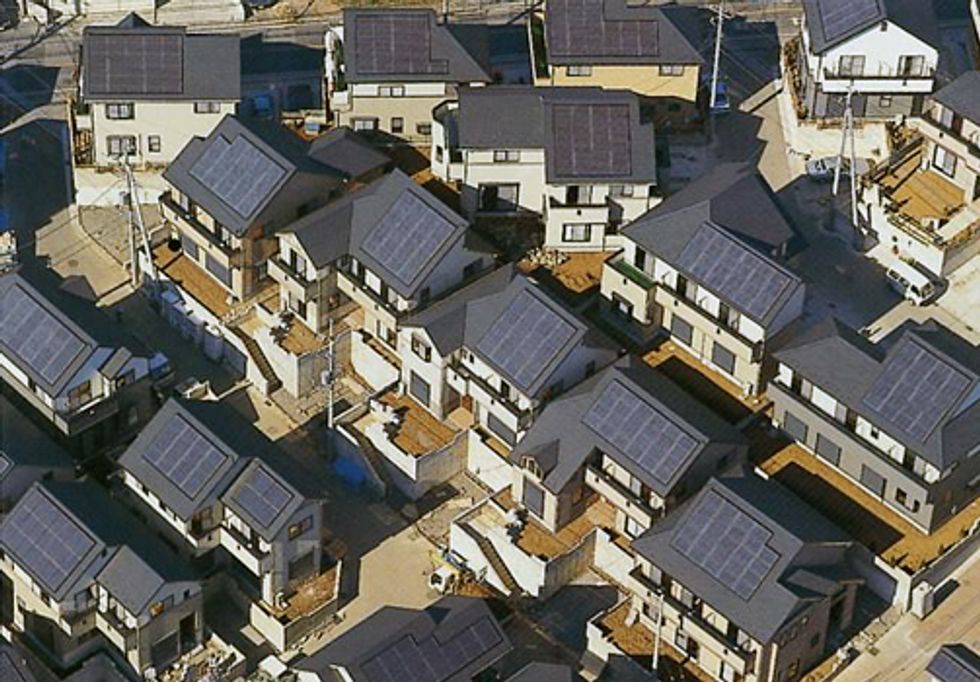 Germany recently reached a renewable energy milestone. On Saturday, May 26, the country met half its midday energy needs with solar power. On the preceding workday Friday, it met a third with solar. According to German renewable energy expert Norbert Allnoch, during those midday periods, the country’s solar plants produced 22 gigawatts of electricity, as much as 20 nuclear power stations running at full capacity.

Granted, those were sunny days, but Germany gets about 20 percent of its overall annual electricity from renewable sources, including solar, wind, water and thermal. A Reuters article reports that “Germany has nearly as much installed solar power generation capacity as the rest of the world combined and gets about four per cent of its overall annual electricity needs from the sun alone. It aims to cut its greenhouse gas emissions by 40 percent from 1990 levels by 2020.”

In a controversial move, German Chancellor Angela Merkel also promised to replace nuclear power with renewables. The plan is proceeding, but it hasn’t been without setbacks. Transforming the country’s energy system means spending a lot on infrastructure to produce and distribute power, and dealing with the inevitable red tape to approve and install power lines.

Although there is some opposition to the increasing number of wind and solar installations and power lines, most Germans support the plan. No energy technology is completely benign, so care must be taken to ensure that environmental, or any, negative impacts of wind or other renewable energy installations are minimized.

Besides concerns about noise, health effects, blocked views, and harm to bats and birds—most of which are overstated or can be largely overcome—issues around renewable power’s viability have also been raised. One argument is that because the sun doesn’t always shine and the wind doesn’t always blow, renewable energy is too intermittent and difficult to integrate into a system that relies on baseload (power that always runs), most of which comes from fossil fuel or nuclear plants. But this is more an engineering problem than a renewable energy issue. Surely if we can split atoms for energy we can find a way to deal with cloudy skies.

In Canada, the federal and Alberta governments are pinning much of their greenhouse gas emissions reduction plans on carbon capture and storage, an expensive and unproven engineering challenge, and a way to justify continued use of polluting and diminishing fossil fuel supplies rather than switching to greener sources.

New and existing technologies may allow us to use renewables for baseload power, although some experts argue that we don’t need baseload at all. The website Skeptical Science notes that if it is required, technologies and sources such as concentrated solar thermal, enhanced geothermal, wind compressed air energy storage and pumped heat energy storage can all play a role.

But with conservation and improved efficiency, along with better storage and smart grid management, we could switch to renewables without the need for large-scale baseload. Australian wind power researcher Mark Diesendorf goes as far as to argue that the main obstacle to renewable power development is the “operational inflexibility of base-load power stations.” He says the fossil fuel and nuclear sectors, as well as industries that depend on them, like aluminum and cement manufacturers, promote the “baseload fallacy.”

As writer David Roberts points out in an article on Grist.org, Germany has decided that baseload and renewable energy technologies aren’t compatible. Conventional power grids use baseload, medium load, and peak load sources, but Roberts writes that “if you have enough renewables, they completely take over the space once occupied by baseload.” To supply the demand, or residual load, that renewables can’t cover, you need flexible and responsive options. And that will come from “a combination of demand-side measures (conservation, efficiency, and ‘peak shaving’ through demand response), energy storage, a much smarter grid and dispatchable power sources.”

In the short term, Germany will use natural gas and imports as its “dispatchable” power source, but with emerging storage technologies, including converting renewable energy to synthetic natural gas or biogas, Germany could stop using all fossil fuels in its power sector.

Renewable energy solutions exist. We just need governments with as much foresight as Germany’s to implement them.

Click here to read other articles by David Suzuki.