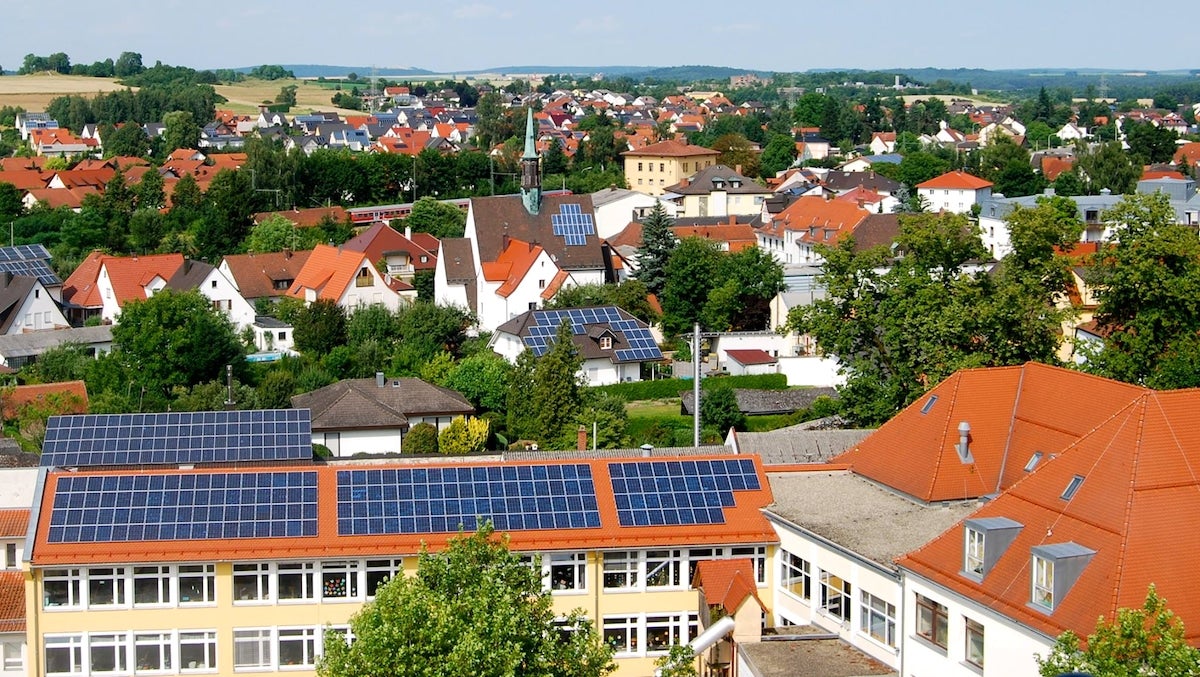 Russia’s invasion of Ukraine has led to an energy crisis that has increased the need for countries in the EU to look for alternatives to oil and gas. One town in Germany, Abensberg in Bavaria, has been turning its attention to solar power, with the goal of being electricity independent by 2030, reported BBC News.

Engineer and Abensberg resident Lothar Stich has photovoltaic panels on his roof, garage and shed that he said produce more than twice his energy needs. The excess power is given to the community’s electric grid.

“In the summertime from April to September, we don’t need any external electricity, we produce all our energy for ourselves. In the wintertime it’s not possible because of the lack of sun,” Stich told BBC News. “It is a good feeling when you have your own electricity. You drive a car powered with your own solar electricity. The sun sends no bills.”

When it is cloudy or dark in Abensberg, residents of the town of 15,000 get their electricity from the grid.

“My goal is that by 2030, Abensberg will produce 300% of the electricity it needs, with photovoltaic systems, biomass, wind and water power,” Mayor of Abensberg Uwe Brandi told BBC news.

In the first half of 2022, commercial and residential solar system installations in Germany increased by 22 percent compared with the same timeframe last year, according to figures the German Solar Association provided to CNN Business.

“Our business is booming because there’s a perfect storm of elements converging that are really lifting solar energy,” CEO of solar provider Smartflower Jim Gordon told CNN Business. “People are concerned about energy security. An autocratic dictator can turn the valve on a gas pipeline and shut off energy, but nobody can control the sun.”

Bavaria is also home to the Bavaria Solarpark, a photovoltaic (PV) energy plant. Built by Power Light, the plant opened in 2005 and was the biggest PV plant in the world at the time, Renewable Technology reported. It is predicted that the Bavaria Solarpark will reduce more than 100,000 tons of carbon dioxide emissions over three decades.

Abensberg Mayor Brandi said people have turned their attention to renewable sources in the face of the energy crisis, reported BBC News. In 2021, 55 percent of Germany’s gas came from Russia, but this summer it fell to 35 percent and is still falling.

Germany has continued to use nuclear power and has reopened coal power plants, though its goal is to eliminate coal in the long-term.

The transition to solar is “very important” to Groll-Zieglmeier’s husband Richard, who is Abensberg’s environment officer.

“The region, Germany, Europe, the whole world… we must go this way. We must save our planet, for the children,” he said, as BBC News reported.