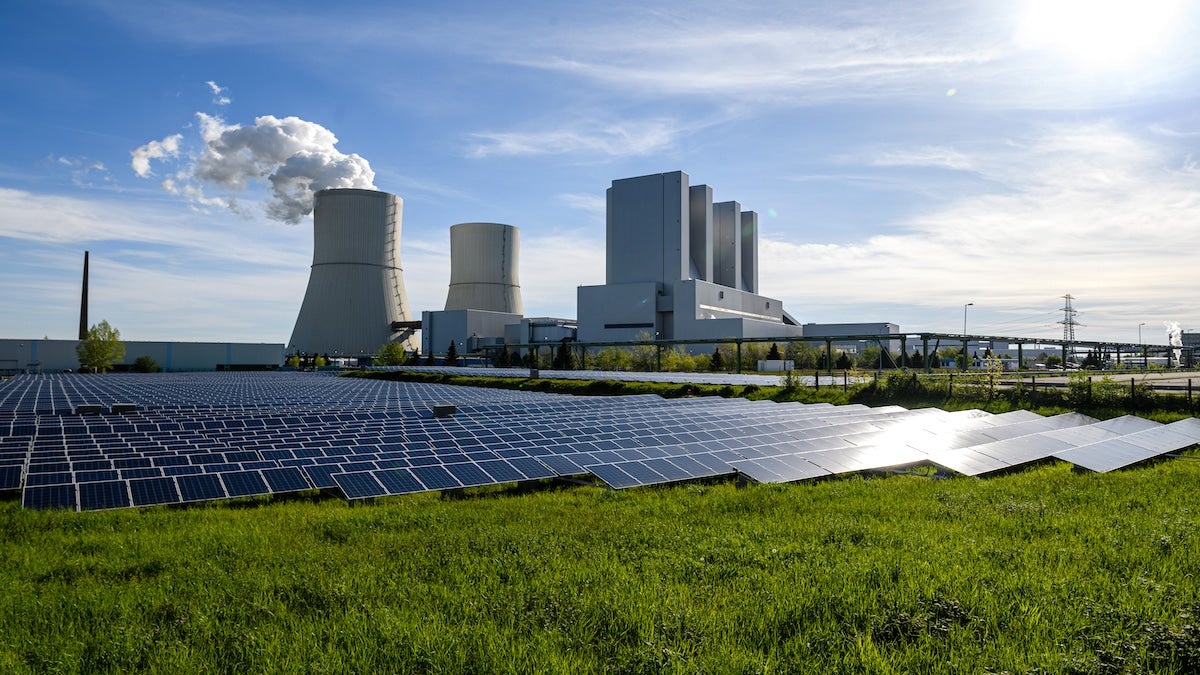 A solar energy field next to a coal plant in Germany. Jens Schlueter / Getty Images

Responding to both the climate crisis and Russia’s invasion of Ukraine, Germany unveiled a major package Wednesday to speed its transition to renewable energy.

The goal of the new plan is for Germany to get at least 80 percent of its energy from renewable sources by 2030 and achieve almost 100 percent renewable energy by 2035, DW reported.

“On the one hand, the climate crisis is coming to a head. On the other hand, Russia’s invasion shows how important it is to phase out fossil fuels and promote the expansion of renewables,”  Economy Minister Robert Habeck told the press, as Reuters reported.

The package comes days after the latest Intergovernmental Panel on Climate Change report warned that nations must reduce carbon dioxide emissions 43 percent by 2030 in order to limit global warming to 1.5 degrees Celsius above pre-industrial levels. It also comes as European countries have vowed to wean themselves off of Russian fossil fuels “well before 2030” in response to Russia’s invasion of Ukraine.

The new energy plan is a 600-page document known as the “Easter Package,” DW reported. Habeck said it was “the biggest comprehensive energy package in two decades” and would “turbocharge” the transition to renewable energy.

The plan is the work of Germany’s coalition government, which includes the Free Liberals, Social Democrats and Greens, according to Reuters. It was approved by the German cabinet. It increases Germany’s previous renewable energy target from 65 percent by 2030. Currently, the country gets around 40 percent of its energy from renewable sources. Meeting the 100 percent 2035 goal will require the country to more than double its current rate in 13 years, AP News reported.

The new plan also sets specific targets for different types of renewable energy, according to DW. These include:

While the plan is ambitious, Germany may miss its near-term climate targets because of failing to take action in the past, Habeck said, as AP News reported. The transition to renewable energy has lagged in recent years because of regulations and changes to feed-in subsidies, and the country added no offshore wind power in 2021. The new package labels renewable energy as having “overriding public interest,” which should help speed changes through the bureaucracy.

In the immediate push to phase out Russian fossil fuels, Germany may have to increase the use of domestic coal, Habeck acknowledged. He said that the country would stop importing Russian oil and coal this year and gas by halfway through 2024.

“You can see at what speed we are becoming independent of Russian energy,” he said.