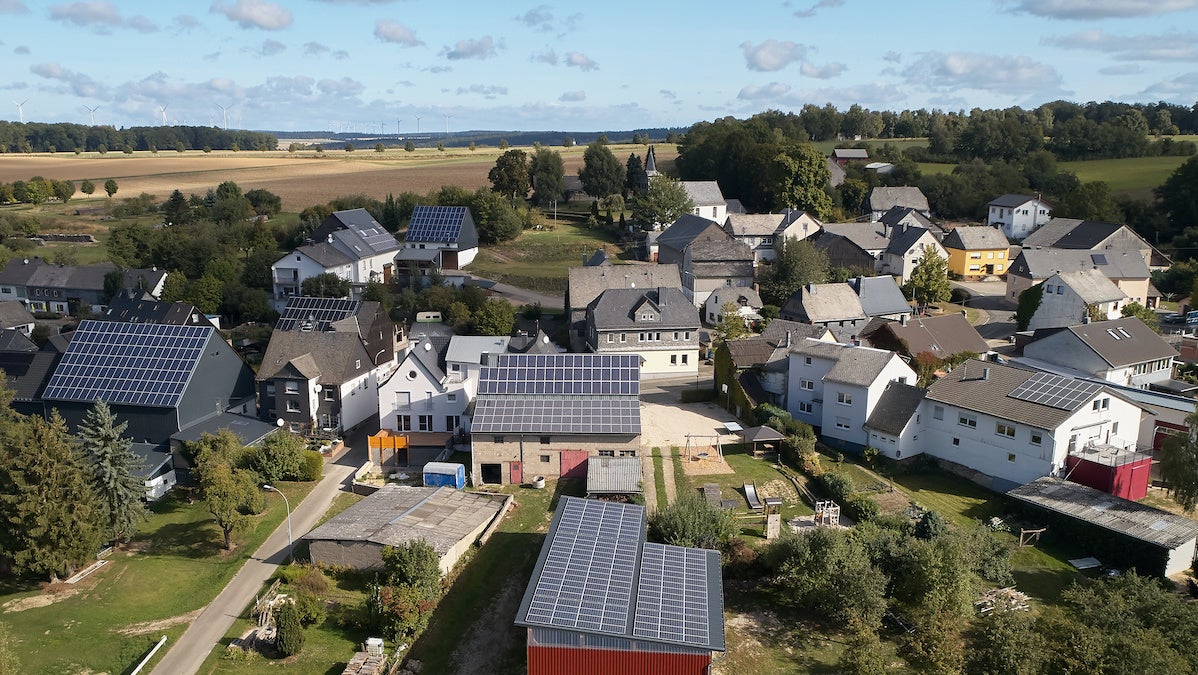 Germany’s target for renewable energy sources to deliver 65% of its consumed electricity by 2030 seemed on track Wednesday, with 52% of electricity coming from renewables in 2020’s first quarter. Renewable energy advocates, however, warned the trend is imperiled by slowdowns in building new wind and solar plants.

The 7% jump in renewables came despite conventional plant closures and pandemic impacts on industry, officials said, while also noting “special effects” such as record winds in February and plentiful sun in March that benefited turbines and voltaic panels.

That trend could, however, not be extrapolated for the whole of 2020, warned the BDEW and ZSW, pointing to local objectors and current investor indecision.

Some residents, arguing on health and scenic grounds, resist the building of more wind turbines and the laying of extra arterial power lines to transmit electricity captured at North Sea wind farms to Germany’s industrial south.

The record figures stand in contrast to investment deterrents, which if not quickly removed would make Germany’s target of 65% self-sufficiency unreachable, said BDEW head Kerstin Andreae.

Given the current downturn, ZSW executive board member Frithjof Staiss contended that investors would turn to renewable energy projects that were less fraught with risk than the current “volatile share market.”

The renewables record, noted the BDEW and ZSW, was achieved despite the shutdown of Germany’s Philippsburg 2 nuclear power plant at the end of 2019 and the placing of brown coal power plants on standby to cover emergencies.