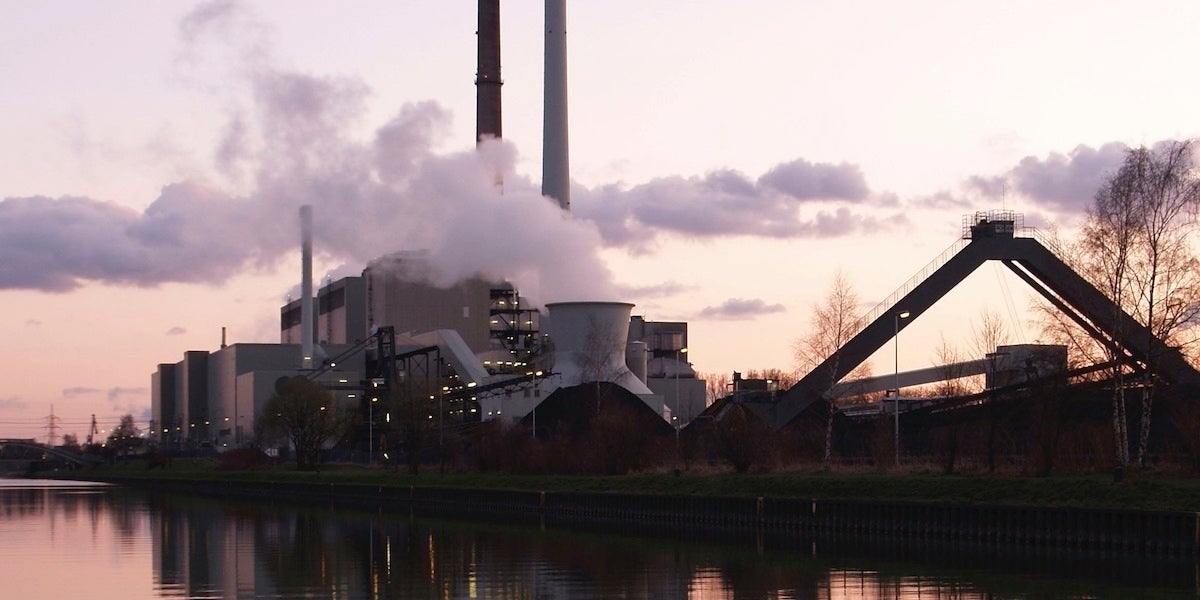 In an effort to fight climate change, Germany announced plans to quit coal mining and burning by 2038.

All 84 of the country’s coal-fired power plants will be shut down over the 19-year time frame, a government-appointed commission announced Saturday, according to The Los Angeles Times.

“This is a historic accomplishment,” Ronald Pofalla, one of four commission leaders, announced at a news conference after more than 20 hours of negotiations.

“It was anything but a sure thing. But we did it,” he added. “There won’t be any more coal-burning plants in Germany by 2038.”

The commission’s plan provides about $45 billion in aid to coal-producing regions affected by the phase-out. Chancellor Angela Merkel’s government is expected to adopt the plan.

“Good for the economy and climate: The report of the climate/coal commission is widely supported by business and environmental organizations,” Economy Minister Peter Altmaier, a trusted advisor to Merkel, tweeted on Saturday. “Less CO2, more new jobs. Security of supply and affordability: a strong signal!”

If the exit goes according to plan, renewable energy will effectively supply 65-80 percent of Germany’s power in two decades’ time, since the country also pledged to close all its nuclear reactors by 2022, the Times noted.

Renewable energy replaced coal as Germany’s main power source for the first time last year, accounting for 41 percent of the country’s electricity, according to Reuters.

But some environmentalists warned that the commission’s recommendations are not ambitious enough for Germany to meet its obligations under the Paris climate agreement.

Germany's proposed coal phase out until 2038 is not soon enough!
People affected by the climate crisis worldwide are calling on the German government to act NOW: we've just delivered a petition signed by 24,000 people! #Kohlekommission #coalcommission pic.twitter.com/tYE9f388Jc

Germany, which has the highest greenhouse gas emissions across the European Union, needs to phase the highly polluting fossil fuel out of its electricity sector by 2030 in order to meet its Paris target, according to Climate Analytics, a Berlin-based climate science and policy non-profit organization.

“If Germany were to adopt the coal commission’s proposal, it would be the only EU country with a coal exit date after 2030, setting a worrying precedent for climate action in Europe and around the world,” the group said in a press release.

“Delaying coal exit until 2038 would put Germany behind other leading European economies including France and the United Kingdom, both members of the Powering Past Coal Alliance. The alliance includes 30 governments (of those 11 are EU member states), 22 provinces and cities and 28 transnationals, who pledged to phase out coal by 2030.”

Germany is the only EU country to announce #coal phase out later than 2030, setting dangerous precedent; should exit coal by 2030 to meet Paris Agreement https://t.co/DjRacFwfoV #Kohlekommisson #climate pic.twitter.com/4eHSie5O7Z

Greenpeace International also tweeted that “there’s a problem” with a coal exit by 2038: That’s too late to stop worsening climate change.

“Germany has finally stepped up and joined most of its European neighbors in setting a phase-out date for coal, with support for workers, and deserves credit for that,” Jennifer Morgan, the executive director of Greenpeace International, said in a press release. “But the target of 2038 is not enough to protect Germany or other countries from the dangerous impacts of climate change, nor to meet the goals of the Paris agreement.”

“Every week we see more and more evidence that climate change is accelerating, bringing with it forest fires, violent storms, and other extreme weather. That should be pushing countries, and Germany should be leading to increase their ambition, to deliver more and to deliver it faster,” Morgan added.