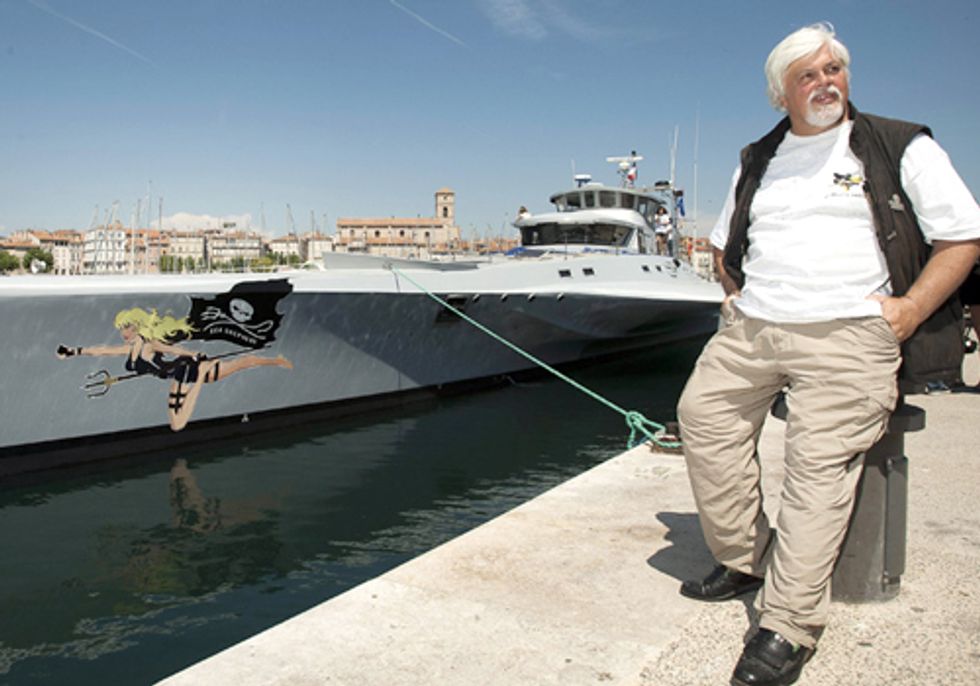 Captain Paul Watson was arrested on May 12 in Germany for extradition to Costa Rica. The German police have said that the warrant for Captain Watson’s arrest is in response to an alleged violation of ships traffic in Costa Rica, which occurred during the filming of Sharkwater in 2002. The specific “violation of ships traffic” incident took place on the high seas in Guatemalan waters, when Sea Shepherd encountered an illegal shark finning operation, run by a Costa Rican ship called the Varadero.

Conservationists around the world maintain hope that the Costa Ricans will drop the charges against Captain Watson. There is also a chance that the charges have already been dropped, but Sea Shepherd has been unable to confirm that with the Costa Rican officials. With Costa Rica’s rich biodiversity, it would be a travesty for them not to stand up for sharks, which sit at the highest levels of the food chain assuring balance among ecological communities in the ocean.

As the plight of the sharks becomes more desperate, Sea Shepherd Conservation Society has begun to outline a new shark campaign for 2012. Julie Andersen, founder of Shark Savers and Shark Angels, has joined Sea Shepherd to lead our global campaign to save sharks from extinction.

Sea Shepherd will use its expertise and experience, as well as media savvy, to empower people around the world to take back their sharks—an animal critical to their, as well as the global, environment and economy.

Sea Shepherd is offering its assistance to countries around the world to enforce international and local laws, end ruthless poaching, patrol marine sanctuaries under attack, implement high tech defenses and empower locals through training and the provision of resources to take on the battle. Sea Shepherd will also fight a war of public opinion, changing everything we know about an animal most despised.

The first stop will be the South Pacific, where the team will be headed in June.

“We’ve got all the laws we need to protect sharks," said Julie Andersen, shark campaign director. "Now we will leverage our resources and expertise to help countries around the globe enforce them. Using Galapagos as a model, we will travel wherever we are needed—enforcing local laws while developing strategies and training locals to defend their sharks, fueling world-wide enforcement efforts.”