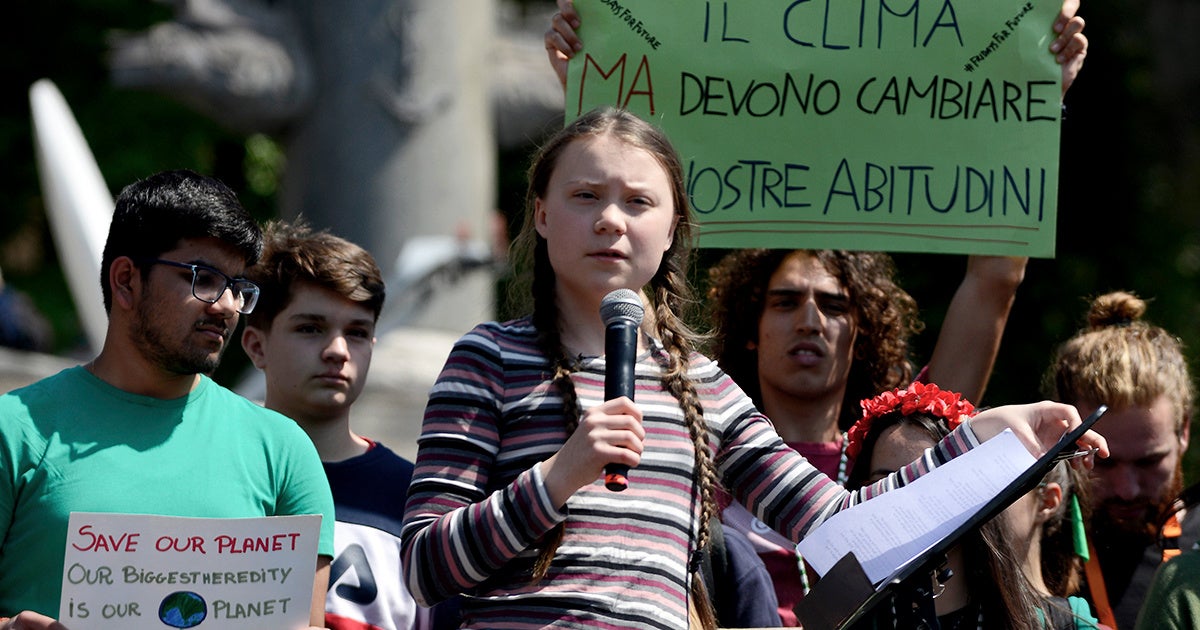 AfD has long denied that climate change is caused by the burning of fossil fuels, but it has chosen to emphasize that message more and more in the past year, according to a joint investigation by Greenpeace’s Unearthed and counter-extremism group the Institute of Strategic Dialogue (ISD).

“Even going back on their 2016 posts about climate change, the AFD denied human-made climate change on their social media pages. So while the AFD has not shifted its position, the party has decided to communicate it more frequently,” ISD extremism researcher Jakob Guhl said.

Germany’s AfD turns on Greta Thunberg as it embraces climate denial – our latest work looking at the campaigns that attempt to sway the outcome of the European Elections. Research by ISD and Unearthed https://t.co/czBKsakN8U @UE

AfD barely mentioned climate change on its social media channels when it was first founded in 2013, The Guardian reported. That number rose to 300 between 2017 and 2018, then shot up to more than 900 between 2018 and 2019. Much of that focus has been on Thunberg, who was mentioned in nearly 800 posts on the group’s Facebook pages in the last year, the investigation found.

The social media focus has been matched by attacks on the Swedish teen from AfD politicians.

“This is not a ‘woman of the year’ but at best a teenager with autistic prehistory who is burned by her ‘advisers’ and by willing MSM as a new icon for the ‘climate church,'” AfD Member of Parliament (MP) Frank Pasemann tweeted of Thunberg in March.

AfD andidates in the EU parliamentary elections have compared her to a member of the Nazi youth. One candidate, Maximilian Krah, said she had a “psychosis,” The Guardian reported.

In the investigation report, Guhl explained why AfD has exploited Thunberg’s fame to spread its climate denying agenda:

“The emergence of Greta Thunberg as public figure provided them with a welcome target to communicate their position in a way more appropriate to the dynamics of social media.

“The fact that many mainstream politicians, in particular from the AfD’s key political opponent, the Greens, but also CSU-candidates such as Manfred Weber, supported a 16-year old female activist who was virtually unknown until a few months ago, allowed the party to present belief in climate change as irrational, hysteria, panic, cult-like or even as a replacement religion. Attacking Greta, at times in fairly vicious ways, including mocking her for her autism, became a way to portray the AfD’s political opponents as irrational.”

But attacking Thunberg isn’t the only strategy AfD is using to spread its message. AfD environmental spokesperson Karsten Hilse was seen distributing climate denying leaflets at a school strike for climate in Berlin in March. Hilse also invited a slate of speakers who challenge mainstream climate science to speak at Germany’s parliament Tuesday.

“The AfD is using the Bundestag [German parliament] as a stage for its dissemination of climate lies. They invite fake experts to a so-called symposium on climate change to generate content for mass dissemination via social media channels and stir up hatred and anger on the internet,” Greenpeace Germany climate campaigner Karsten Smid told The Guardian.

While the right has long spread misinformation about the existence and causes of climate change in the U.S., this has been less common in the EU until recently. The investigation also found a link between climate denying U.S. think tanks and their German counterparts. Tuesday’s event was publicized by German think tank the European Institute for Climate and Energy (EIKE), and the group’s vice president advises Hilse. EIKE also co-sponsors an annual climate conference with the U.S. Heartland Institute, which funds the spread of misinformation about climate change. For example, it sent a book and DVD set called Why Scientists Disagree About Global Warming to at least 200,000 K-12 teachers in the U.S.

However, the vast majority of Germans are greatly concerned about climate change. While support for AfD is growing, the Green Party is now polling in second place, in Germany, behind its current ruling party.

“Climate change is a major concern among German voters ahead of the European elections,” Green Party climate spokesperson Lisa Badum told Unearthed. “A recent poll has shown that 3 out of 4 potential voters in Germany consider climate protection an important factor in their voting decision.”