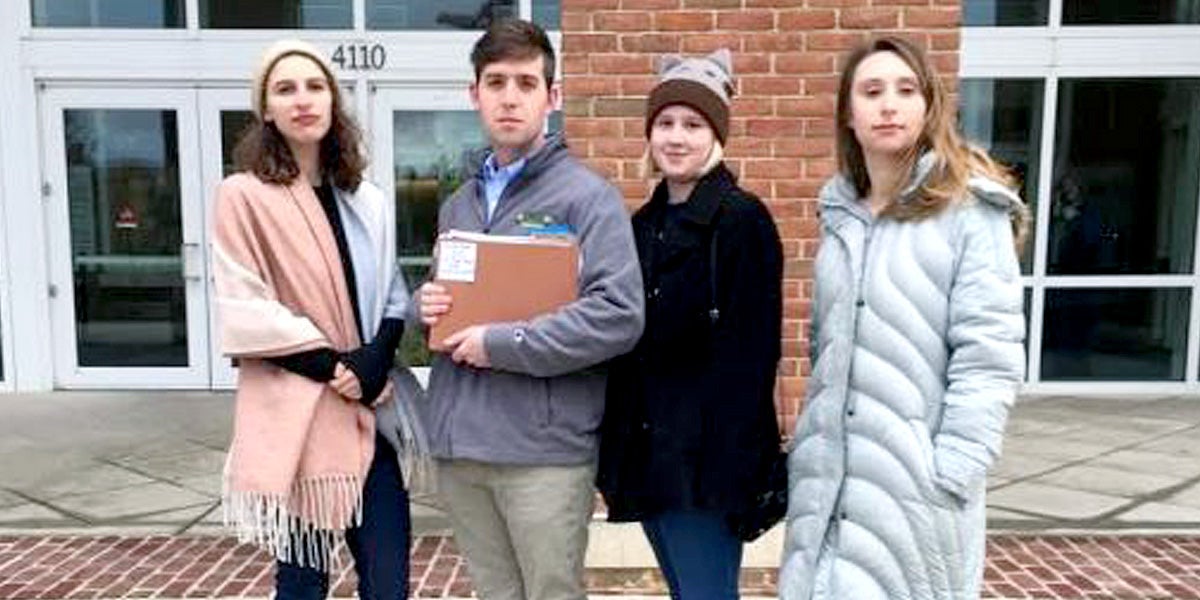 Transparent GMU, the student organization that filed the suit, is concerned about the potential for private donors to influence students’ education.

In 2014, Mason students began raising concerns about the school’s close relationship to the Charles Koch Foundation (CKF), citing fears that CKF might have gained influence over their faculty, curriculum and research in exchange for large financial contributions. 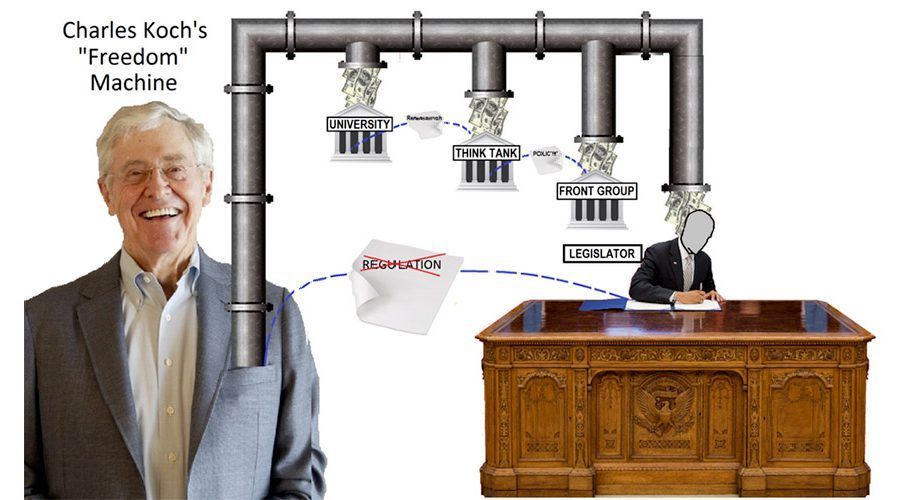 Students filed their first Freedom of Information Act (FOIA) request that year, seeking grant and gift agreements between the university and CKF. They were told that the documents were controlled by the GMU Foundation, which claimed to be exempt from Virginia’s Freedom of Information Act. In response, students launched a grassroots campaign asking for the university to release the documents. For over two years their requests went ignored despite having collected over a thousand signatures from alumni, students, faculty and other concerned community members.

The lawsuit demonstrates these students’ unwavering commitment to enforcing appropriate checks and balances over the public institution they call home. The students’ legal argument asserts that their university is breaking the law by refusing to respond to their FOIA request, as a public university cannot simply conceal its records by outsourcing its public business to a private company like the foundation.

This is the first time students have sued their own university to force disclosure of agreements with the Charles Koch Foundation.

In the last few years, Charles and David Koch of Koch Industries have gained considerable attention for their large financial contributions to conservative political candidates and libertarian political organizations. However, through further investigation, students learned that the ability of the Koch brothers to exert long-term political influence does not actually depend on individual election outcomes. Instead, the Kochs rely on an integrated strategy penned by Richard Fink, President of the Charles G. Koch Charitable Foundation, in an essay called the Structure of Social Change.

As explained by Fink, Structure of Social Change begins with corporate-funded academic research or “raw intellectual materials.” These ideas are then transformed into policy recommendations at Koch-funded think tanks, which often rely on the talent of other professors on Kochs’ payroll. Koch-forged policies are then championed by Kochs’ advocacy groups to lobby elected officials to enact the policies. Usually, the politicians themselves are beneficiaries of political cash from Koch Industries, Koch executives and Kochs’ network of dark money nonprofits.

#DidYouKnow One-Third of the Trump Team Has Ties to the Koch Brothers https://t.co/HVcFo5PoGr

In a self-reinforcing cycle, Koch and his donor partners contract universities to bring students into their “talent pipeline,” which produces staff for the Koch network’s think tanks and political groups.

The ways in which Koch gains influence over universities in order to successfully incorporate them into this integrated strategy was first exposed at Florida State University. In a 2007 grant agreement, the Charles Koch Foundation required the university to provide it with input over hiring decisions, curriculum and research.

George Mason University in Virginia is ground zero for Koch influence in higher education. The school has received $95.5 million from the Charles Koch Foundation since 2005, earning it the title of “Koch U” from Center for Public Integrity investigative reporter Dave Levinthal.

Students wonder: If Koch could buy that type of influence at Florida State University for $2.3 million, how much has $95.5 million bought at George Mason?

In addition to providing massive donations through the GMU Foundation, Charles Koch plays a governing role at two think tanks on GMU’s campus that receive his financial support.

The Mercatus Center conducts economics research that is used by Koch-funded political groups to advocate against taxes on the wealthy, on corporations and regulations that may affect corporate profitability. Mercatus is the model program which Koch has attempted to replicate at dozens of other schools hoping to exert a deregulatory influence in their respective state capitals.

The Institute for Humane Studies (IHS) coordinates networking and professional development opportunities for students interested in working at Koch-funded political groups. The curriculum taught during IHS fellowship seminars was recently criticized for being “designed more to help corporations fight regulations than to advance scholarly inquiry and understandings of political freedom” by a former student fellow.

It is no secret that state investment in higher education continues to decrease, causing public universities to seek private donations to make up the difference. Most scholarships, professorships and new programs on campuses around the country would not be possible without contributions from private donors. However, academia’s growing reliance on this private support brings with it a new set of challenges.

The ways in which the Charles Koch Foundation has been able to buy influence over higher education through “philanthropic” donations is a perfect example of such a challenge and demonstrates why the activities of public institutions, such as universities, should never be veiled in secrecy.

While there are still many questions to be raised and solutions to be debated regarding this changing landscape of higher education, the public must first be given the opportunity to participate in that debate. That requires transparency and students at George Mason are leading the charge to demand that they get to have their say.

Samantha Parsons is a 2016 graduate of George Mason University where she majored in Conflict Analysis and Resolution and focused her studies on structures of violence and social movements. She co-founded UnKoch My Campus.