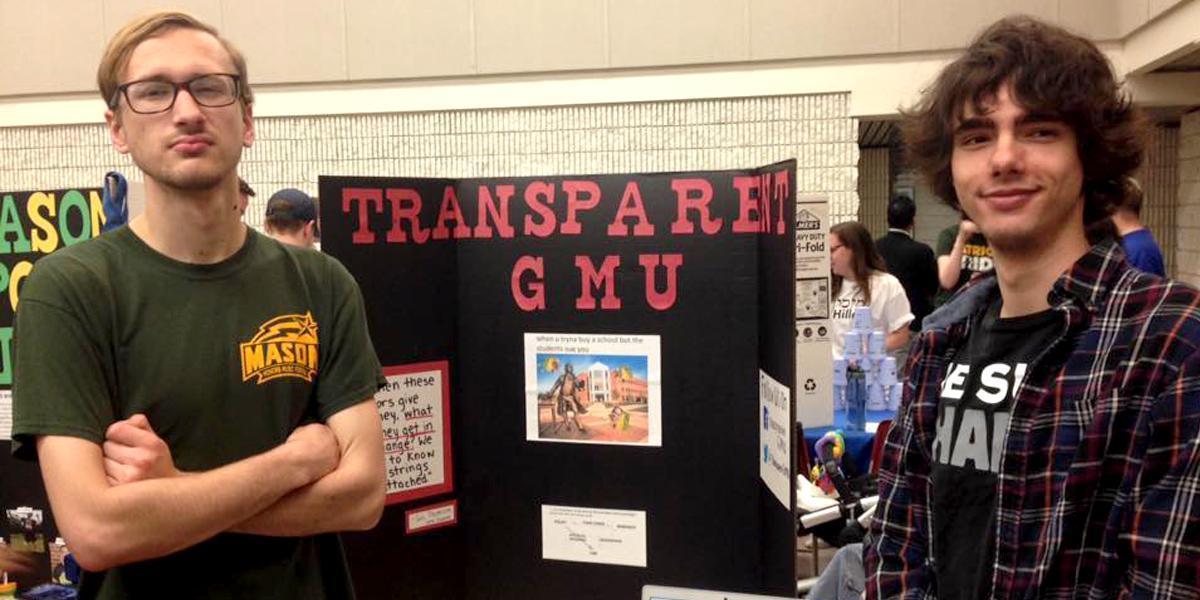 Accusing the state school of violating public records law, a group of George Mason University students and alumni brought a lawsuit to shed light on the support it gets from billionaire energy tycoons Charles and David Koch.

Augustus Thomson, a current undergraduate, filed the complaint on May 26 with the student-led group Transparent GMU, saying they have been waiting nearly two months for a response to their request for records on the school’s contribution and gift records from 2008 to 2012.

Specifically, the students seek documentation on whether the Kochs or their many charitable organizations, including the now-defunct Claude R. Lambe Foundation, communicated with the university about any fundraising activity, grants, contracts or gift agreements.

Transparent GMU has been around for only a year, but the group says its members have been advocating for greater transparency since 2014 “when they learned that public universities in other states had agreed to give private donors influence over curriculum development and faculty hiring decisions.”

The students are worried that GMU has a similar arrangement with the Koch brothers.

Tensions came to a head last year when GMU announced a plan to rename its law school for the late Supreme Court Justice Antonin Scalia, as part of a $30 million combined gift from the Charles Koch Foundation and an anonymous conservative donor.

The New York Times reported that Koch and foundations affiliated with the billionaire industrialist have pumped more than $50 million into GMU over the past decade.

Two libertarian-policy initiatives at GMU, the Mercatus Center and the Institute for Humane Studies, received the bulk of that money. The Times noted that Charles Koch sits on the boards of both, and that his foundation has given generously to the Law and Economics Center.

Elizebeth Woodley, the school’s FOIA compliance officer, wrote the group that GMU has no records responsive to the Koch request, but the group noted that she ignored their separate request for documents about the school’s relationship with the foundation.

Susan Van Leunen, the foundation’s chief financial officer, meanwhile rejected the group’s request on the basis that it is neither a public body within the meaning of Virginia public-records law, nor an agent of the university.

The students dispute this, saying the foundation is an agent of the university since it performs fundraising, endowment administration and even “real estate management activities for the sole benefit of the university”—all right from the school’s campus in Fairfax, Virginia.

Furthermore, according to the 48-page complaint, the foundation requires authorization from the university before it accepts any property, it requires the university’s senior vice president and provost to sign off on accepted gifts, and it determines all gift policies while enjoying full voting rights on the foundation’s board of trustees for the university.

GMU spokesman Mike Sandler declined to make a statement on the case Wednesday, citing a university policy of not commenting on active litigation. He did note, however, that the foundation is exempt from Virginia’s public record laws because it is a 501(c)(3) nonprofit.

George Mason University is considered the Koch family’s largest academic recipient, receiving more than $95 million from the Charles Koch Foundation from 2005 to 2015, and plus another $10 million just last year.

In 2015, when GMU received almost $18 million from the Charles Koch Foundation, the Koch’s overall donations to institutes of higher education topped out around $33 million.

Thomson and Transparent GMU brought their complaint in the 19th Judicial Circuit for Fairfax, Virginia. They filed a similar case back in March.

The students are represented by Evan Johns with Appalachian Mountain Advocates in Charlottesville.