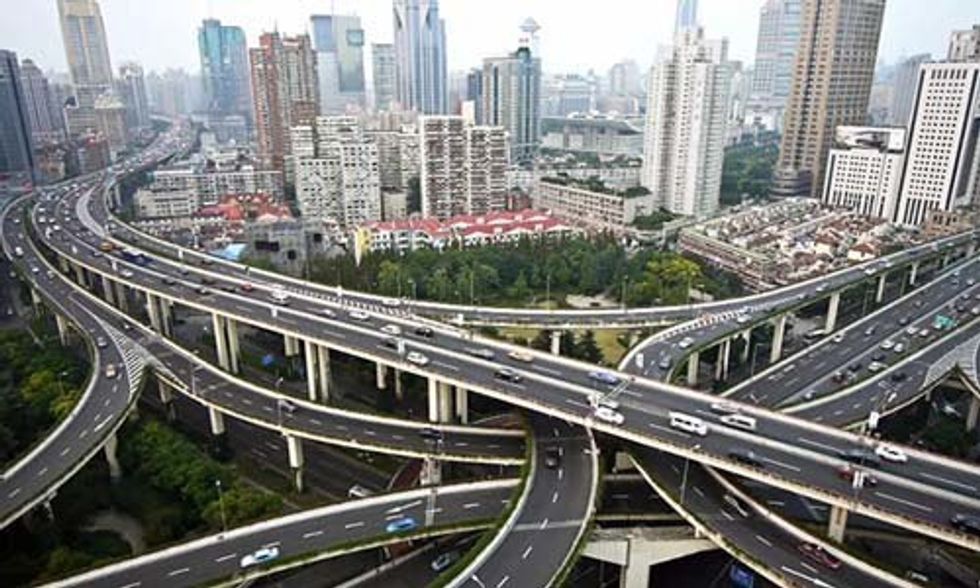 Geologists are convinced that humans have left a mark upon the planet that will be detectable millions of years from now.

Long after human civilization has perished, there could be a stratum of fossilized rock and a geological time zone that says: “We were here.” So there is a case for calling the present epoch “the Anthropocene”—probably dating from about 65 years ago.

Evidence of such things as concrete and major road-building will remain for millions of years.

The term Anthropocene derives from the ancient Greek for humankind. And for more than a decade, scientists have been arguing about whether what is officially known as the Holocene epoch of the Quaternary period of the Cenozoic era should be renamed to indicate human impact. There have been arguments in plenty.

Humans have appropriated most of the world’s available fresh water for their own use; as miners, road-makers and city builders, they have become a greater earth-moving force even than wind, water and ice; and they have altered the composition of the atmosphere.

They have also dramatically altered the natural land cover and have pushed into the shadow of extinction an alarming proportion of the other 10 million or so species that share the planet and its resources.

Climate and environmental scientists have frequently invoked the term Anthropocene to highlight the impact of humans on the planet and even started to think about how and when to date the most significant evidence of change.

But Colin Waters, principal mapping geologist at the British Geological Survey and colleagues report in Science journal that they put the question in a different form: to what extent are human actions recorded as measurable signals in geological strata? And would the Anthropocene strata be markedly different from the Holocene that began with the end of the last Ice Age nearly 12,000 years ago?

The answer is, yes: The human geological signature could be discerned, across the planet, in materials that were not available in the same way in any previous epoch. The evidence will be, in every sense, concrete.

Humans have long affected the environment, but recently there has been a rapid global spread of novel materials—including aluminum, concrete and plastics—that are leaving their mark in sediments.

Aluminum is plentiful in the Earth’s crust in compound mineral form, but refined aluminum is a marker of 20th-century human presence. So is concrete. The ancient Romans may have pioneered the use of this crushed and baked version of limestone, but as a universal and ubiquitous building material, it began to appear only in the last 100 years.

The combustion of fossil fuels has distributed soot, heavy metals and aerosols in mixtures and concentrations that had never existed before the commercial power stations, factories, railways and motor cars. And the atmospheric tests in the 1950s and 1960s of atomic and thermonuclear weapons left a series of “spikes” of signature isotopes.

Soil nitrogen and phosphorus levels have doubled in the last century because of agricultural use and even in places where agriculture does not happen the nitrate levels in the lakes of Greenland are higher than at any time in the last 10,000 years.

And if the signature of altered ratios of “natural” materials was not enough, humankind will have left its mark in exotic plastic fabrics gathering in the planet’s oceans at an estimated rate in 2015 of 9 million tons a year.

The precise nomenclature of geological time zones is a convenience largely for professional geologists and palaeontologists. But the researchers do not see their argument as a purely academic one. Names tell us something.

“Quite unlike other subdivisions of geological time, the implications of formalizing the Anthropocene reach well beyond the geological community,” they concluded.

“Not only would this represent the first instance of a new epoch having been witnessed firsthand by advanced human societies, it would be one stemming from the consequences of their own doing.”