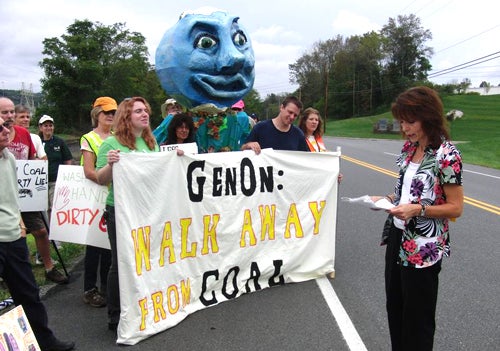 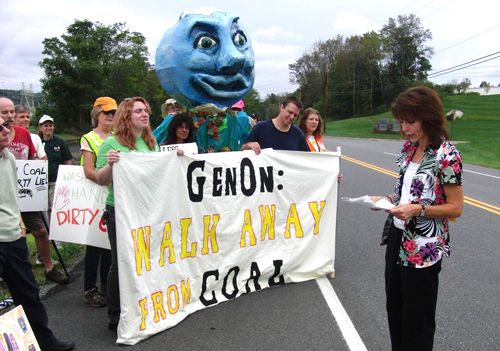 GenOn announced the following retirements during a meeting with investors—Portland, Shawville, Titus, New Castle and Elrama in Pennsylvania and Niles and Avon Lake in Ohio. In total, these retirements will bring 2,980 megawatts of dirty and dangerous coal pollution to an end.

Pollution from coal-fired power plants, including sulfur dioxide, nitrous oxides and mercury, contributes to four of the five leading causes of death in the U.S.—heart attacks, stroke, respiratory illnesses and cancer. Closure of the seven plants will prevent more than 179 premature deaths, 300 heart attacks and 2,800 asthma attacks, according to data from the Clean Air Task Force. That same report estimated the total economic impact of premature deaths and disease from these plants at more than $1.3 billion.

“Above all, this is a win for public health and for families who have been breathing polluted air from these outdated plants,” said Bruce Nilles, senior director of the Sierra Club’s Beyond Coal campaign. “GenOn has recognized that operating outdated, dirty coal plants just doesn’t make economic sense anymore, especially in a time when constructing a wind farm is now cheaper than building a new coal plant. What matters now is ensuring that GenOn does the right thing and transitions these workers into the growing clean energy sector.”

One of these coal-fired power plants, the Portland Generating Station, is the subject of a landmark ruling by the U.S. Environmental Protection Agency (EPA) requiring the plant to reduce the pollution it releases and stop it from carrying over from the plant’s home state into New Jersey. The plant opposed that ruling, which was the first of its kind on a single-source emitter; the Sierra Club, in a coalition of environmental groups including Clean Air Council and Greenpeace, filed notice to join the lawsuit to defend EPA’s ruling.

Activists in Ohio praised the planned plant retirements at Avon Lake and Niles. “For decades, these plants have been polluting our air and water,” said Dave Simons, a Cleveland, Ohio resident and Energy Committee Chair for the Ohio chapter of the Sierra Club. “Now we can look forward to a cleaner, brighter future when no one will get sick because of pollution from these plants.”

But activists in both states also stressed the need for GenOn to ensure that its workforce will be transitioned into other employment when the plants are retired. “GenOn may have recognized that it just makes good economic sense for them to close these plants, but now they have the responsibility of making sure that their business decision doesn’t mean unemployment for their workers,” said Rashay Layman, organizing representative with the Sierra Club’s Beyond Coal campaign in Ohio.

The retirements, the most recent in a wave of similar announcements from energy providers, come at a time when the nation’s share of clean energy is at a record high. “Today’s news is part of a national trend of clean energy replacing coal, with states like Iowa and South Dakota that generate 20 percent of their electricity from wind,” said Randy Francisco, organizing representative with the Beyond Coal Campaign in Pennsylvania.

Coal plants are major sources of climate disruption and toxic air pollution like mercury, soot and carbon pollution. These seven plants bring the tally of coal plant retirements to 106 since the Sierra Club’s Beyond Coal campaign began work to responsibly retire coal-fired power plants and develop clean energy in 2010.