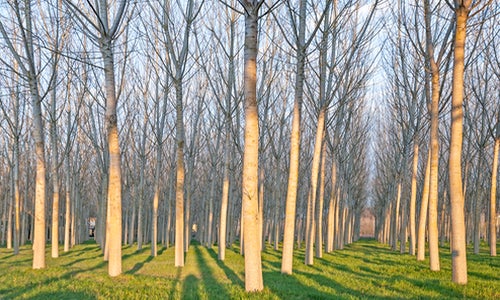 Scientists and environmentalists today condemned a recent press release by researchers at the University of British Columbia announcing they have created genetically engineered (GE) poplar trees for paper and biofuel production, opening the prospect of growing these GE trees like an agricultural crop in the future. 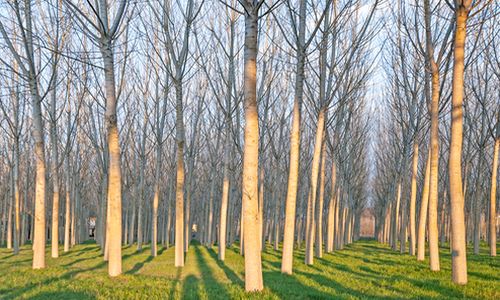 GE poplars with altered lignin could have devastating effects on forests, ecosystems, human communities and biodiversity.

The poplars were genetically engineered for altered lignin composition to supposedly make them easier to process into paper and biofuels. Groups, however, warn that manipulation of lignin, and the potential contamination of wild poplars with that trait, could be extremely dangerous.

Lignin is a key structural component of plant cell walls and a major component of soils. It is also the product of millions of years of natural selection favoring sturdy, healthy and resilient plants. GE poplars with altered lignin could have devastating effects on forests, ecosystems, human communities and biodiversity.

Poplars include at least 30 species, are widespread throughout the Northern Hemisphere and have a high potential for genetic dispersal.

“Because they can spread their seed and pollen so far, poplars genetically engineered for paper or biofuels are likely to inevitably and irreversibly contaminate native forests,” stated Anne Petermann, executive director of Global Justice Ecology Project. “The only way to prevent this potential ecological disaster is to stop the release of GE trees.”

Martha Crouch, PhD, a plant biologist consulting for the Center for Food Safety is likewise concerned, “The reports that genetic engineers have restructured poplar wood to make it easier to process into biofuels makes it sound as if this technology is right around the corner.”

“However, no ecological studies have been done yet, and methods for keeping genes from escaping into forests are unproven and likely to fail. All of this hype distracts us from truly sustainable solutions that work safely with what nature has already provided,” Crouch concluded.

Commercial and industrial scale biofuels and bioenergy are creating vast new demands for wood, and driving the conversion of climate stabilizing forests and other natural ecosystems to fuel crops. Rainforests in Indonesia are being burned to make way for plantations of oil palm, for example. Genetically engineering trees to be easier to manufacture into bioenergy will further contribute to the problem by increasing economic pressure to convert land into GE tree plantations.

“The whole idea of engineering trees for biofuels is outrageous—there is no question that we must end our fossil fuel addiction, but pretending we can simply substitute living plants is horribly misguided,” said Rachel Smolker, PhD, co-director of Biofuelwatch added. “Even the tiny fraction of fuel currently produced from industrial bioenergy has had huge impacts on forests, water, human rights and food security.”

“Forests purify water and regulate the climate,” Smolker continued. “They are home to most of the world’s biodiversity and many Indigenous Peoples. We need to protect and restore forests while drastically reducing overconsumption. Engineering trees is moving in exactly the wrong direction.”