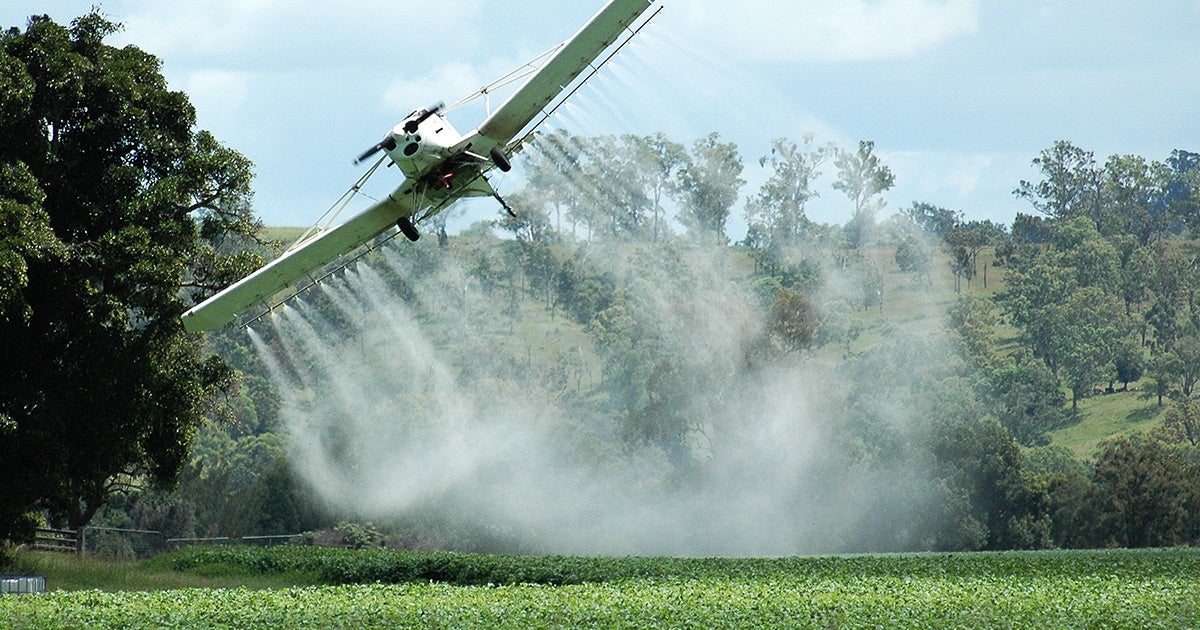 When Dr. Paul Winchester, a pediatrician, moved to Indiana from Colorado in 2002, he noticed something disturbing—a high number of birth defects.

“I was used to the number of birth defects I should see in a community hospital, and I saw many more in Indiana,” said Winchester, who is medical director of the Neonatal and Intensive Care Unit at St. Francis Hospital in Indianapolis.

Winchester decided to investigate the reason for the higher numbers of birth defects. His research zeroed in on the herbicide atrazine, one of the most widely used herbicides in the U.S. and the most commonly detected pesticide in U.S. drinking water.

Winchester and several other researchers including Michael Skinner, professor of biology at Washington State University’s Center for Reproductive Biology, conducted a study to see if there was a link between atrazine in drinking water and birth defects.

Studies have found that atrazine is an endocrine disruptor, a substance that can alter the human hormonal system. Atrazine was banned by the European Union because of its persistent groundwater contamination.

In their study, Winchester and his team found that concentrations of atrazine in drinking water were highest in May and June when farmers sprayed their fields with the herbicide. They also found that birth defects peaked during the same months indicating a close correlation.

“We plotted water concentrations and birth defects, and they fit like a hat,” Winchester said.

Their study, which was funded by the Gerber Foundation, was published in 2017 on PLOS One.

But the most disturbing finding was that atrazine had epigenetic effects. Epigenetics is the theory that environmental factors, such as diet, lifestyle choices and pesticides can impact the health of people who are exposed to them and also their descendants. Human DNA, according to epigenetics, is not unchangeable; it can be altered by such environmental factors. Epigenetic changes can be imprinted on the DNA of a fetus during pregnancy according to Winchester.

“If it is fixed then, it becomes inheritable and it becomes a trait that you can pass on to the next generation and the next and next.”

Epigenetics is a fairly new concept that is slowly gaining acceptance.

“This is a really important concept that is difficult to teach the public, and when I say the public I include my clinical colleagues,” Winchester said.

Common sense would seem to dictate that fewer negative health outcomes would be seen with subsequent generations. But the study found the opposite: There were more abnormalities and diseases in later generations of rats. The first generation of rats whose mother was exposed to atrazine weighed less than a group of control rats. The second generation weighed less but also had incidences of testicular disease and breast cancer. The third generation suffered the most problems, according to Winchester.

“We waited until the third generation, where no direct exposure (to atrazine) occurred, to ask if these epigenetic effects could be inherited, because there is no mechanism, no exposure, no toxicity that could explain a change in disease rates in the third generation. We found that 50 percent of offspring had multiple diseases, emotional and physical problems, hyperactivity, abnormal sperm, and premature puberty.”

In an earlier study, Skinner found that the fungicide vinclozolin also caused inheritable diseases in rats. In all, he tested nearly 20 chemicals and found that all produce epigenetic effects, said Winchester.

“The most alarming (finding) to me is that almost every chemical tested including atrazine reduced fertility in the third generation of offspring.”

Winchester called the discovery of the link between chemicals like pesticides and epigenetic changes leading to disease “the most important next discovery in all of medicine.”

“What we are learning is that virtually every adult disease we have is going to be linked to epigenetic origins as well,” he said.

More research needs to be done on the link between epigenetic effects and disease but Winchester says limited funding is available for such research.

“This is a huge thing that is going to change how we understand the origin of disease. But a big part of that is that it will change our interpretation of what chemicals are safe. In medicine I can’t give a drug to somebody unless it has gone through a huge amount of testing. But all these chemicals haven’t gone through anything like that. We’ve been experimented on for the last 70 years, and there’s not one study on multigenerational effects.”

“We are the first researchers in the U.S. to report that virtually every pregnant mother has glyphosate in her body at the time that she is creating fetal (epigenetic) imprints in her baby,” Winchester said.

Winchester and his team focused on atrazine and glyphosate because they are the most heavily used pesticides in the U.S.

“That’s the only reason they were chosen. We looked to see how commonly they are found in pregnant women, and we were mortified.”

Winchester has been surprised by the lack of reaction to the glyphosate study.

“A chemical (glyphosate) that didn’t come onto the scene until the 1970s has now managed to find its way into every single pregnant woman in the U.S, except seven percent of them. We thought that should be news. But in the current paradigm, which is definitely pro-business, the only thing companies have to prove is that it doesn’t kill you if you drink it or take a big dose of it.”

He sees a potentially catastrophic outcome resulting from the epigenetic damage caused by pesticides.

“Every one of the chemicals tested so far produces infertility, and the industrial world has reached the lowest level of fertility on record. We are below replacement levels in most industrialized countries including the U.S.This is looking at your own species extinction.”

Winchester lays the blame at the feet of the U.S. Environmental Protection Agency, which doesn’t consider epigenetic or generational effects of chemicals, and the pesticide and chemical manufacturers like Monsanto.

“They can sell all the Roundup they want, but if it’s in me they are going to have to pay for that. Every molecule that I find is on them … What I want to know is: has my fetus had altered DNA imprinting because of this chemical? I have a right to know that. If we are going to have to wait 75 years to find out if my grandchildren are going to be affected by it, I think somebody has to pay. They better put a fund together. I want somebody’s head to roll. I don’t think that the EPA and Monsanto get to walk away.”

Winchester connects an ancient expression to a modern health crisis.

“Even in the Bible, there is the saying, ‘the sins of the father are visited upon his offspring.’ Well, it turns out that they are.”