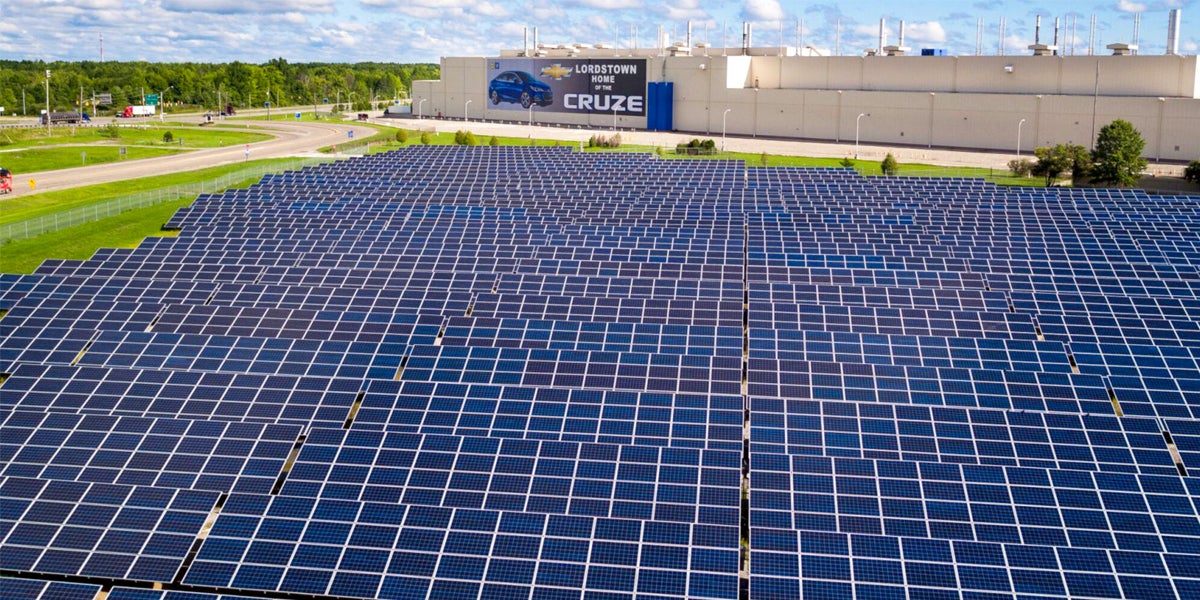 General Motors committed to power its operations in 59 countries with 100 percent renewable energy by 2050. 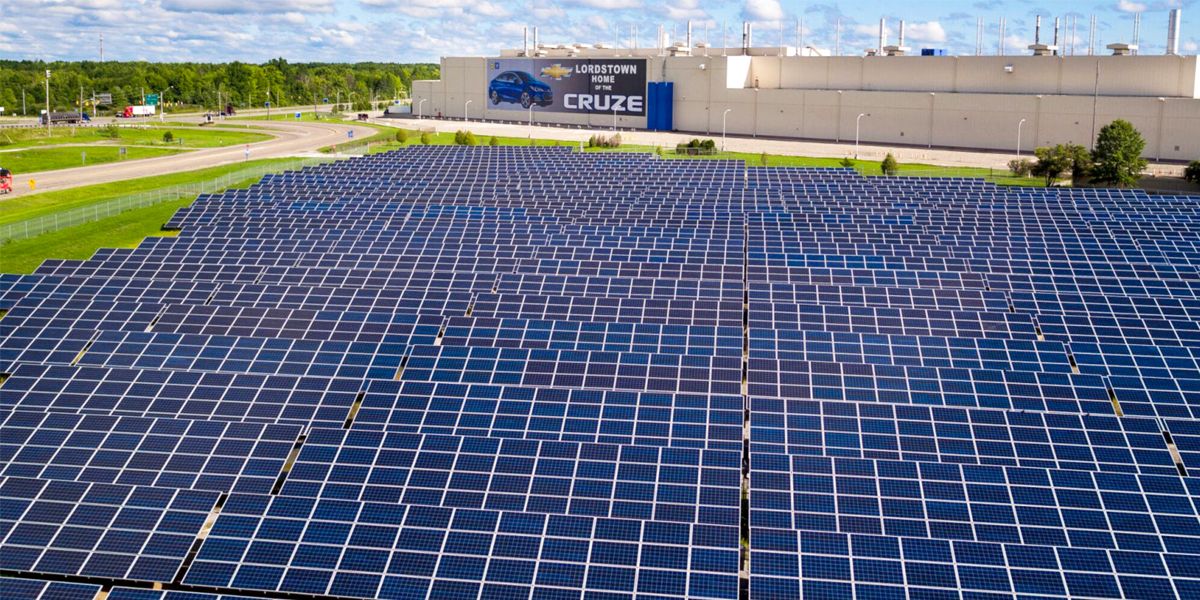 The Detroit-based carmaker, whose total electricity demand for operations was nine terawatt hours last year, said it saves $5 million annually from renewable energy use. Earlier this week, GM revealed that its 2017 Chevy Bolt EV has a range of 238 miles per charge, outpacing Tesla’s Model 3 by 10 percent. 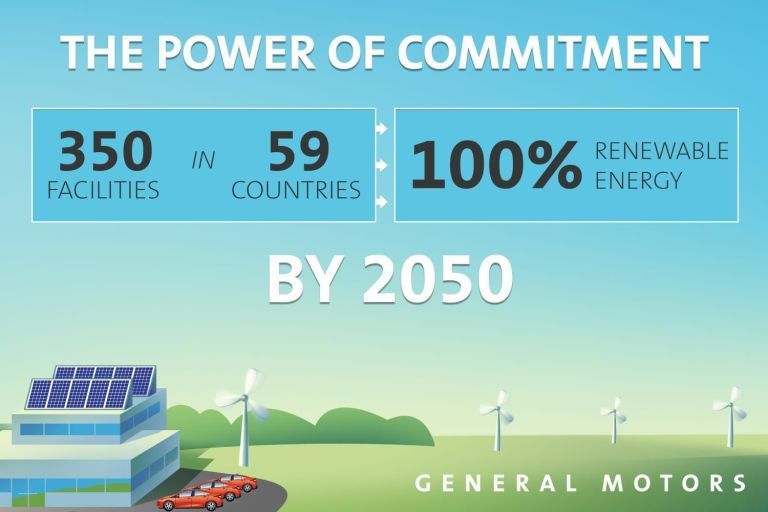