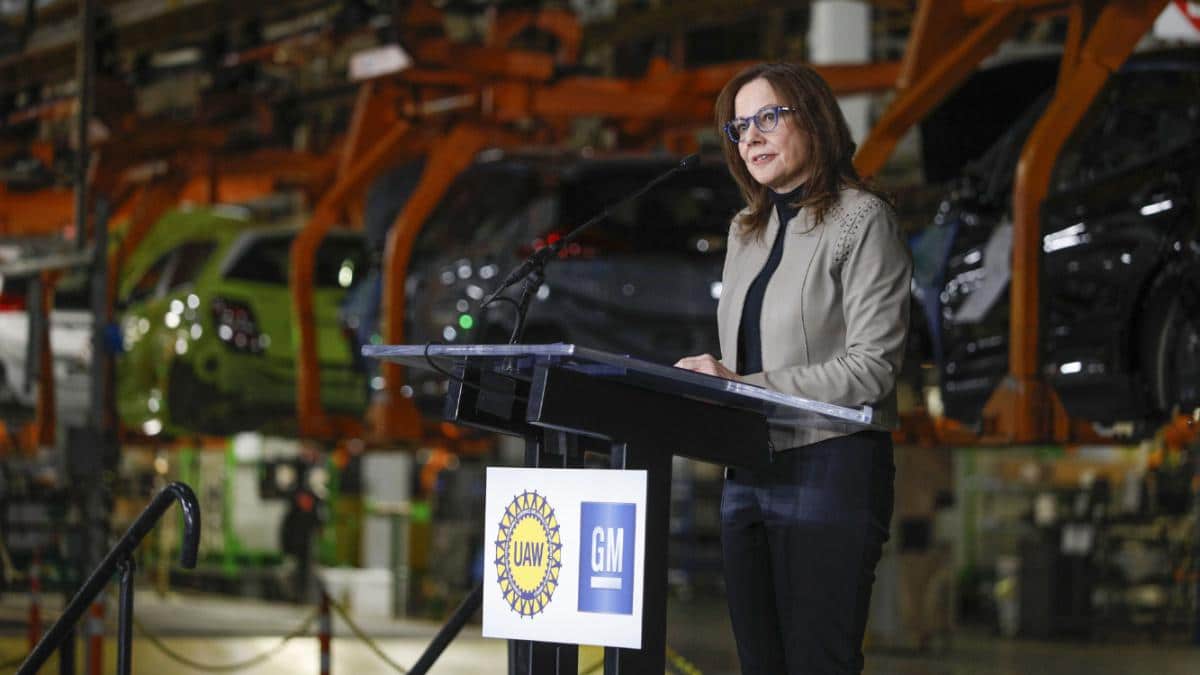 The move is part of the automaker’s plan to become carbon neutral by 2040 and to join the Business Ambition Pledge for 1.5⁰C, in which companies promise to go carbon neutral in time to limit global warming to only 1.5 degrees Celsius above pre-industrial levels.

“General Motors is joining governments and companies around the globe working to establish a safer, greener and better world,” GM Chairman and CEO Mary Barra said in a statement. “We encourage others to follow suit and make a significant impact on our industry and on the economy as a whole.”

To make this happen, GM has promised to invest billion in autonomous and electric vehicles in the next five years. The company said that by 2025 it would offer 30 global electric models and that 40 percent of its U.S. models would be electric. It plans to offer the new vehicles across a range of price points.

GM’s pledge also includes a promise to power all of its U.S. sites with renewable energy by 2030 and all of its global locations by 2035. Any carbon emissions GM cannot cut from its business model it plans to offset.

The news comes as the political winds for climate action in the U.S. have shifted. In the past two weeks, President Joe Biden has signed an executive order reversing the Trump administration’s decision to relax tailpipe emissions standards, and another mandating that all federal vehicles be electric.

The news also marks a departure for GM. Barra previously met with former President Donald Trump about relaxing Obama-era emissions standards, which Biden is now moving to reinstate, The New York Times reported. Because of this history, some environmental organizations are skeptical of the new announcement.

“GM’s announcement is important to see from a Big Three automaker. GM must back it up with strong action,” the Sierra Club wrote in a Facebook post. “We won’t soon forget that GM sided with Trump against cleaner vehicles and clean air and has been hostile to protecting the planet and their own workforce for decades. We will continue to track their efforts, and hold them accountable.”

However, GM worked with the Environmental Defense Fund (EDF) to craft its goal.

“EDF and GM have had some important differences in the past, but this is a new day in America — one where serious collaboration to achieve transportation electrification, science-based climate progress and equitably shared economic opportunity can move our nation forward,” EDF president Fred Krupp said in the press release.

Analysts say that GM and other automakers that are shifting to electric reflects both technological improvements that are cutting electric vehicle prices, as well as political developments, Inside Climate News reported. Biden has set a 2035 deadline for many of his administration’s climate goals, which is also the target date California Gov. Gavin Newsom has established for banning new gas and diesel car sales in the state.

“Mary Barra is a good C.E.O.,” Dudenhöffer told The New York Times. “She has the right strategy.”