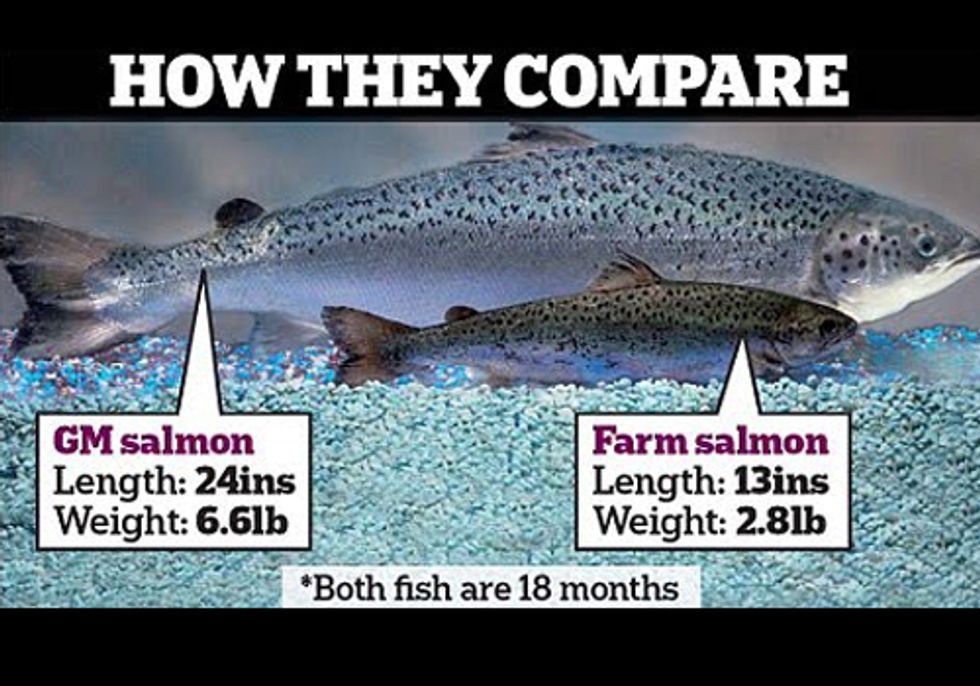 Today, the Food and Drug Administration (FDA) released its final environmental assessment on the so-called “frankenfish,” a salmon that has been genetically engineered by Massachusetts-based AquaBounty Technologies Inc. (ABTX:LSE). This would be the first-ever genetically engineered animal intended for human consumption to enter the marketplace despite widespread public outcry and a faulty assessment based on incomplete company data.

“It’s clear that the public doesn’t want to eat genetically engineered fish, and the FDA’s assessment is fatally flawed and fails to take into account the very real risk that these fish pose to the environment, public health and fishing communities on both coasts,” said Eric Hoffman, food and technology policy campaigner for Friends of the Earth.

“The decision to move towards final approval of the first-ever genetically engineered animal for human consumption without a comprehensive Environmental Impact Statement under federal law is irresponsible and inexcusable,” continued Hoffman. “This approval is a holiday gift to AquaBounty and its shareholders, who have been lobbying for over twelve years for this decision and will open the floodgates for other genetically engineered animals, including pigs and cows, to enter the food supply.”

The assessment, which relies heavily on data provided by AquaBounty, ignores the fact that up to five percent of the fish may be fertile at a commercial scale. This opens the possibility that fertile, genetically engineered fish could escape into local waterways and wreak havoc on the ecosystem and already threatened wild salmon populations. The FDA also ignores risks posed to the public, since genetically engineered salmon have higher levels of IGF-1, a growth hormone that, according to the National Cancer Institute of the National Institutes of Health, may increase the risk of several types of cancer. Additionally, some tests on allergenicity had a shockingly small sample size of six to twelve fish.

Despite receiving nearly 400,000 public comments, letters signed by more than 300 environmental, public interest, fishing, and animal welfare organizations and restaurants, a letter signed by forty members of Congress, and letters from state legislatures demanding that the FDA deny approval of this fish, the Obama administration has taken the final step towards approval of this genetically engineered salmon. Numerous polls show that the vast majority of Americans feel the FDA should not allow genetically engineered fish and meat into the marketplace and support labeling of genetically engineered food. A 30-day comment period on this assessment will be opened in the Federal Register before the fish is officially approved for human consumption.

“Today the Obama administration stated loud and clear that it is more interested in protecting the profits of the biotechnology industry than public health, wild fisheries or our environment. We call on President Obama and FDA Commissioner Hamburg to complete their due diligence and conduct proper environmental and public health studies before making a final decision about the fate of this genetically engineered salmon,” continued Hoffman. “Once independent and comprehensive reviews have occurred, we are confident the FDA will reject this application since the genetically engineered salmon pose serious threats to the environment and the public.”