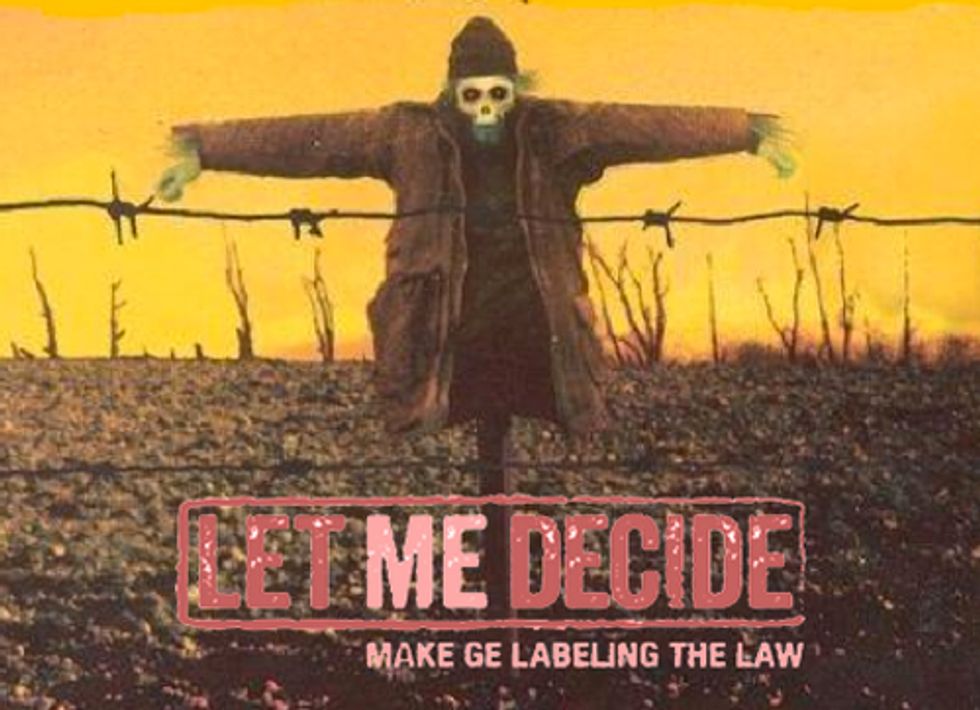 The Genetically Engineered Food Right-to-Know Act was introduced last Wednesday in both the Senate and the House of Representatives. The bill, sponsored by Sen. Barbara Boxer (D-CA) and Rep. Peter DeFazio (D-OR) with nine cosponsors in the Senate and 22 in the House, would require food manufacturers to clearly label any product that has been genetically engineered (GE) or contains genetically modified organisms (GMOs), or else the product would be classified as “misbranded” by the Food and Drug Administration (FDA).

Both Sen. Boxer and Rep. DeFazio have previously sponsored GMO labeling bills, but this is the first labeling bill that has both bicameral and bipartisan support—though the latter is decidedly modest: only one cosponsor in each chamber is a Republican, and both are from Alaska.

The new labeling requirement does not apply to food used in restaurants, hospitals or other medical environments. Nor does it apply to food produced using a GE vaccine or a “processing aid” such as yeast. Food manufacturers are protected so long as they have a statement from the grower that the food contains no GMOs.

The bill also protects producers whose food was unintentionally contaminated by GMOs, so long as the contamination did not occur as a result of negligence. Enforcement would be left up to the FDA rather than through civil action.

Both Sen. Boxer and Rep. DeFazio note that the public has been pressuring the government to label GMOs. Sen. Boxer also listed some of the many businesses and organizations that support the GMO labeling bill—including the Alliance for Natural Health—USA.

Although we are extremely pleased that the legislation has been introduced, at this stage it is unlikely to have enough support in the Senate (much less in the House) to pass. Only about five percent of either chamber has signed on as a cosponsor, and support from the Republicans on this bill is notably weak.

On top of that, many elected officials are in bed with the biotech industry—which, it should go without saying, immediately pushed back against the bill. The very day the bill was introduced, representatives of Monsanto and the Biotechnology Industry Organization, a GE trade group, objected to the bill even while acknowledging they had not actually read it, saying that they oppose GMO labeling on general principle:

“Advocates of mandatory GMO labeling are working an agenda to vilify biotechnology and scare consumers away from safe and healthful food products.”

Once again, Monsanto seems to be saying that it is so proud of its product that it doesn’t want consumers to know they are getting it.

What this means is that your voice is even more important now. In strengthening the bill’s chances, the more pressure you can put on your legislators, the better. Our grassroots activism is definitely starting to bear fruit—overt opposition from the food industry for a federal labeling standard is weakening, and may even have sparked some preemptive action on their part:

As heartening as it is to see the food industry beginning to respond to the public’s calls for labeling, it’s extremely important that this also happens at the federal level, especially considering that GE salmon is on the verge of approval. As we reported earlier this year, the FDA released an environmental assessment on AquaBounty’s GM salmon that concluded that the fish would have “no significant” environmental impact—thus pushing “Frankenfish” one step closer to approval. If this happens, it will create a dangerous precedent—in essence, a regulatory approval pathway—for other genetically engineered animals which the biotech industry has waiting on the sidelines.

At the state level, more than 65 bills concerning GMOs have been introduced so far in 2013, the majority of them about labeling. None so far has been enacted into law; thirteen of them have been defeated. A few, though, have positive momentum:

These various GMO labeling initiatives are especially important in light of a recent report that links glyphosate—the pesticide Roundup, for which the genetically engineered Roundup Ready crops were created so that more and more of the pesticide could be used without damaging the plant—to a wide range of health problems and diseases, including Parkinson’s, infertility, and various cancers.

There’s a family of fifty different enzymes collectively known as Cytochrome P450 (CYP450), which are the detoxification heavy hitters in the human body. According to the report, glyphosate destroys the CYP450 detoxification pathways. Not only is the expanded use of Roundup increasing our exposure to this toxic herbicide; it’s also reducing the body’s ability to detoxify many xenobiotics. It’s a potentially very dangerous double whammy.

When the CYP450 pathways are destroyed, it results in altered gut bacteria and ultimately all the western-related, chronic diseases such as diabetes. If the plants were not genetically altered to withstand such high concentrations of the pesticide, we wouldn’t be exposed to such toxic and health-destroying levels.