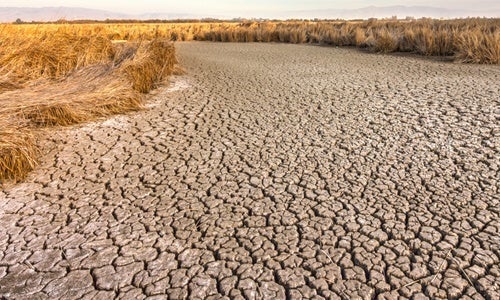 Last week the U.S. Supreme Court heard arguments in the case of Obergefell vs. Hodges. The decision in that case, expected in June, could legalize marriage equality across the country in the dozen states that have not done so on their own. 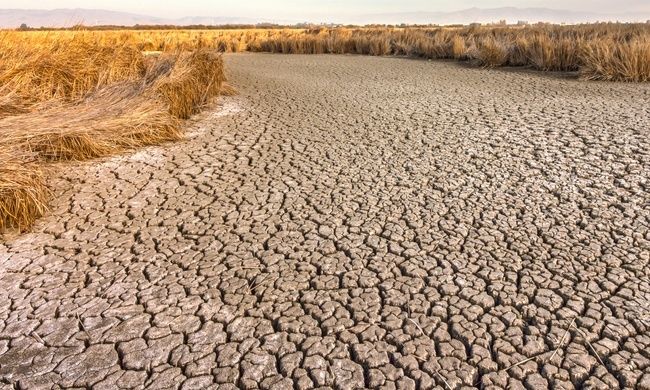 But as that possibility inches closer, opponents have become more desperate and outlandish. Blaming gay marriage for everything wrong in the country seems to be their go-to explanation, even when things are wildly disconnected—such as climate change. When they’re not busy denying climate change exists, they just say it’s happening because God is angry that gay people aren’t being persecuted enough.

The latest to step forward with this explanation is commentator and White House correspondent Bill Koenig of the conservative World Watch Daily, which lists its beats as “wars and rumors of wars, economic news, military buildups, terrorism, political situations, difficult relations between countries, famines, natural disasters and drastic or record-breaking weather.”

It’s the last that Koenig recently connected to the move to assure equality rights for LGBT people. Talking to hosts Jan Markell and Eric Barger on the evangelical radio show Understanding the Times, which pushes the idea that all the conflicts and controversies in the world are part of God’s plan for what they see as the Biblical “end times,” Koenig claimed that gay rights in the U.S. are angering God so much he created the drought in California.

“We’ve got a state that, over and over again, will go against the word of God, that will continually take positions on marriage and abortion and on a lot of things that are just completely opposed to the Scriptures,” said Koenig. “Unfortunately, a lot of times when it starts in California, it spreads to the rest of the country and even spreads to the rest of the world. So there very likely could be a drought component to this judgment.”

Koenig is part of a long history of evangelicals blaming insufficient hostility toward gay people for the weather. In 1998, incensed over a “Gay Days” event sponsored by Disney World, TV evangelist and chairman of the Christian Broadcasting Network Pat Robertson claimed that God would be sending earthquakes, hurricanes and tornados in retribution. That year, Florida was free of major hurricanes; however Hurricane Bonnie did major damage in Virginia Beach, where Robertson is headquartered.

Hurricane Katrina, which flooded New Orleans in 2005, was also blamed on gay wickedness by evangelicals such as Repent America’s Michael Marcavage, who said “This act of God destroyed a wicked city. May it never be the same.” He failed to explain why the most heavily gay neighborhoods in New Orleans were largely unscathed by the flooding.

More recently, Faith2Action’s Janet Folger Porter, who normally focuses her ire on abortion, has said on several occasions that gay marriage was behind Noah’s flood and that if the Supreme Court strikes down bans on gay marriage, it could lead to the Second Coming of Christ and the end times. And last year in the UK, Sidney Cordell of the Christian People’s Alliance appeared on the BBC’s Daily Politics program where he said that flooding in the UK was likely a result of marriage equality there, a claim also made by David Silvester of the UK’s right-wing Independence Party.

It’s easy to dismiss these as fringe voices. But many members of Congress subscribe to these beliefs, leading to the promotion of public policies that both attack gay rights and suggest that no course of action can be effective against climate change because God is causing it, not us. Senator Jim Inhofe of Oklahoma, currently chairman of the Senate Environment Committee, has repeatedly called climate change a “hoax” and said “The hoax is that there are some people who are so arrogant to think they are so powerful they can change climate. Man can’t change climate. God’s still up there. The arrogance of people to think that we, human beings, would be able to change what He is doing in the climate is to me outrageous.”

At least so far, he hasn’t blamed it on gay marriage, although he is a staunch opponent of gay rights. Stay tuned!