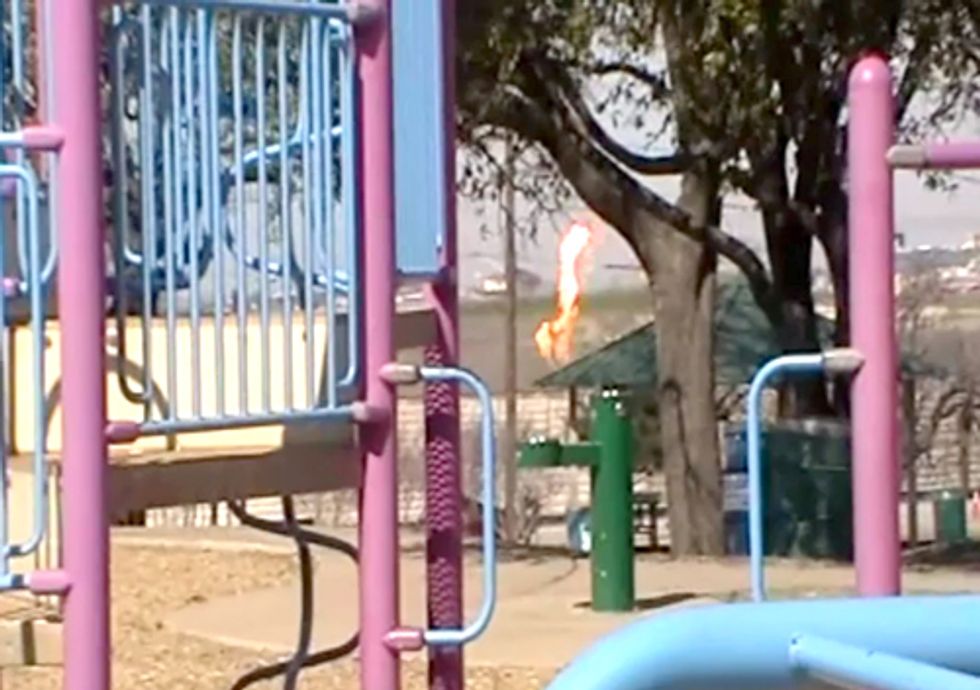 In less than a week, President Obama will make a final decision on whether to curb air pollution from gas drilling across the country. Gas drilling, also known as hydrofracking or fracking, is a huge source of air pollution in the U.S., and each year, the oil and gas industry releases an estimated 2.2 million tons of smog-forming pollution, plus numerous toxic substances, into the air we breathe.1

We can curb this threat to our health, but we have to speak up now.

Last summer, the U.S. Environmental Protection Agency (EPA) proposed new rules to reduce air pollution. With a final decision due next week, the oil and gas industry is putting heavy pressure on President Obama to weaken the rules.

For those of us who live away from the gas drilling boom, threats from air pollution are troubling enough. But for those families living in its shadow, air pollution from gas operations can be much worse. From our staff in Pennsylvania, I learned the story of Pam Judy, a woman whose house in Carmichael, Pa., is just 780 feet from where drilling companies decided to put a compressor station in the spring of 2009. Here is what she told local officials last summer:

Shortly after operations began, we started to experience extreme headaches, runny noses, sore/scratchy throats, muscle aches and a constant feeling of fatigue. Both of our children are experiencing nose bleeds and I’ve had dizziness, vomiting and vertigo to the point that I couldn’t stand and was taken to an emergency room.2

As the gas drilling boom spreads across the country, are we going to allow more and more families to suffer the nightmare that Pam Judy has been living with?

I hope not. We have just four more days to make sure President Obama knows that the public wants him to stand strong against the oil and gas industry and support these clean air protections. Take action today.