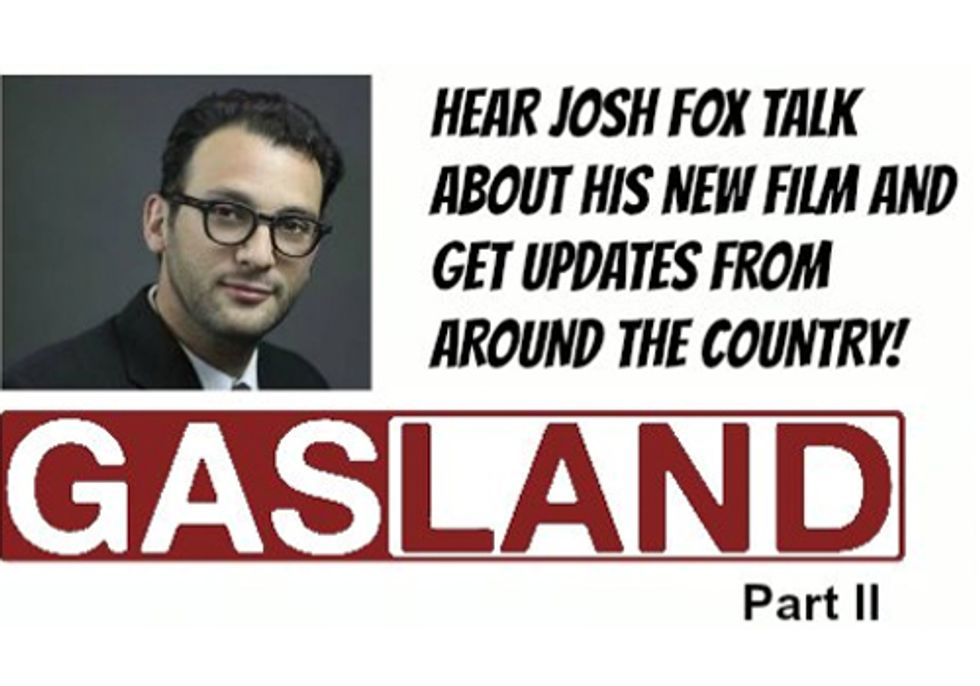 On April 3 at 8 p.m. EST, Josh Fox, director of Gasland and advisory board member of Americans Against Fracking, will join our national conference call. We strongly encourage you to participate in this call and RSVP by clicking here.

Fox’s Oscar-nominated exposé Gasland helped bring the message of the dangers of fracking to millions. In his latest installment, Gasland Part II, Fox digs deeper into the contamination of our water, air and land, and investigates the contamination in our political system that has paved the way for massive fracking expansion in the U.S. This once-touted energy source has become a widely discussed, contentious topic. Fox reveals the extreme circumstances facing those affected by fracking, from earthquakes to the use of federal anti-terror psychological operations tactics. This film is the definitive proof that issues raised by fracking cannot be ignored for long.

The film’s release could not come at a better time as President Obama continues to pursue an “all of the above” energy policy that heavily relies on fracking, major fracking and gas drilling battles are raging in communities across the country, and the oil and gas industry continues to grow more sophisticated in its response to our work. Fox’s new film will reignite our movement, tell important personal stories from the gas patch, and will give us an opportunity to refocus national attention on the dangers of fracked gas and the need for a ban.

As well as hearing from Fox during the conference call, you will hear:

• National leaders in the fight against fracking
• Updates on the campaign against Ernest Moniz for U.S. Secretary of Energy
• Reports from grassroots leaders on the front lines with state updates from Illinois, New York and California
• Upcoming actions to ban fracking

This call is a great opportunity to come together and talk about some of the incredible work happening across the country and hear from Fox about the release of Gasland Part II which premieres April 21 at the Tribeca Film Festival.