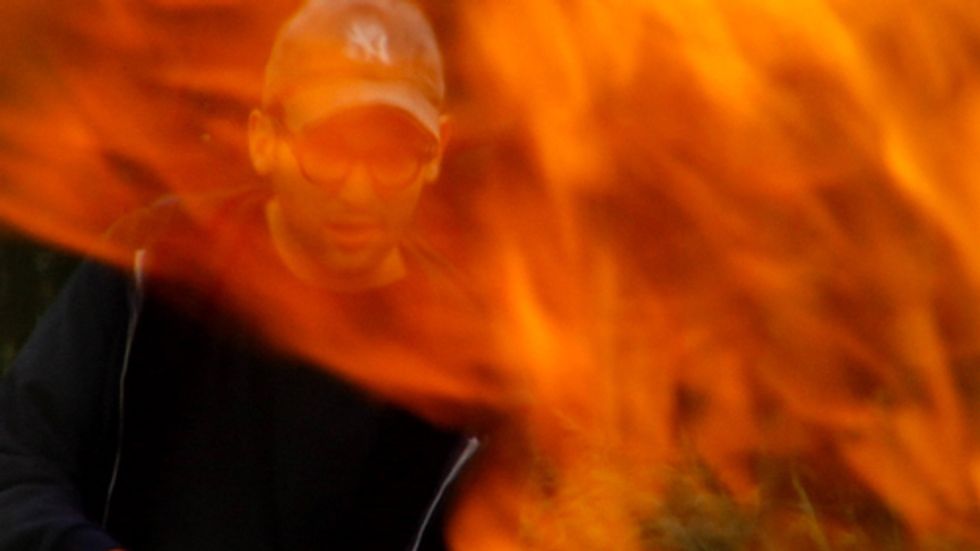 Sometimes people tell me, “If you cover fracking, you really need to see that film—that film, what’s it called?”

It kind of charms me that people less immersed in this issue, than many folks I know, would imagine that I could cover the topic without knowing the film that started it all. Fact is, I’ve seen  Gasland nine or more times, usually because I accompany people I feel must see it. And now, we can start all over because of the release of Gasland II.

When I sat in an HBO screening room in June 2010 to cover the first Gasland, I was moved and shocked. But I hardly dared to hope that the film would play such a powerful role in this country's wake-up call about fracking.

The new Gasland II premiered at the Tribeca Film Festival on April 21. It delves even deeper into the transformation of the U.S. from a first world nation to a country in fossil fuel limbo. Josh Fox and his team have followed the well pads through a land of broken dreams, deserted homes and betrayed rights, tracking the painful discovery by average Americans that governmental protections have failed them. Capturing half a dozen or so families from Australia to Wyoming to Pennsylvania, Fox's camera accompanies their journey from disbelief to indignation to disillusionment—when no one in government seems willing or able to make industries accountable for fracking harms.

The oversized whirlpool tub in Steve Lipsky's million dollar dream house sits empty, gathering dust ever since test results showed water contaminated following nearby fracking activities. Officials of the U.S. Environmental Protection Agency privately advised the family never to drink the water or even use it to water the lawn, but rejected key opportunities to rein in Range Resources, the offending company.

Although the film is about fracking, its deeper subject is America in the early twenty-first century. What used to happen in the far away Third World or indigenous regions, is now going on in the U.S. Call it karma.

As the film documents, seducing the populace with promises of "energy independence," a government that once vaunted democracy as its prime export, now disenfranchises citizens in places like Dimock, Pennsylvania, in order to supply raw resources to foreign countries. The film traces the history of the town's aquifer contamination, which affected the drinking water in many homes. The Pennsylvania government first offered a pipeline of potable water to be constructed at industry expense, but later nixed that plan and left numerous townsfolk permanently without water.

As a result, many were forced to sign non-disclosure agreements in exchange for rock bottom buy-outs. In one poignant scene, Fox films community leader Victoria Switzer, as she "practices" being silent. No fan of democracy likes to see grassroots leaders like Switzer muted. Some of those profiled in Gasland II have been forced by their own or their children’s health to abandon homes with decimated property values. Many have accepted buyouts in exchange for silence. What the film omits mentioning is whether any of its subjects are former lessors or drilling proponents.

This sacrifice of environment and community, seen in Gasland II, is said to create “energy independence.” In the film, economic analyst Deborah Rogers explains why that’s not likely to happen. Once the export terminals and pipelines criss-crossing this country are built, and after the gas is liquefied for export to China (where gas prices are high), what could possibly happen? The currently low U.S. gas prices will mount, Rogers predicts. Americans will have invested their tax dollars in gas infrastructures for the sake of cheap energy. But that energy won't be there.

Fortunately, there is a solution to our energy problem, and that is renewable energy technology. As Stanford researcher Mark Z. Jacobson explains in the film, the technology for renewables has evolved so thoroughly that by 2030, 100 percent of U.S. energy needs could be supplied by wind, complemented by some use of solar and water energy. Jacobson and his colleagues on the Solutions Project are devising a detailed plan for New York state.

Gasland II zooms in on the early stages of social disruption due to extreme energy extraction. Its subjects are real and their voices still count. Unless the concerns the film highlights are heeded, more extreme forms of devastation, involving greater numbers of people could lie ahead. Gasland II questions undertaking such risks when economically viable ways to meet our energy needs exist.

Gasland II will debut nationally on HBO this summer.