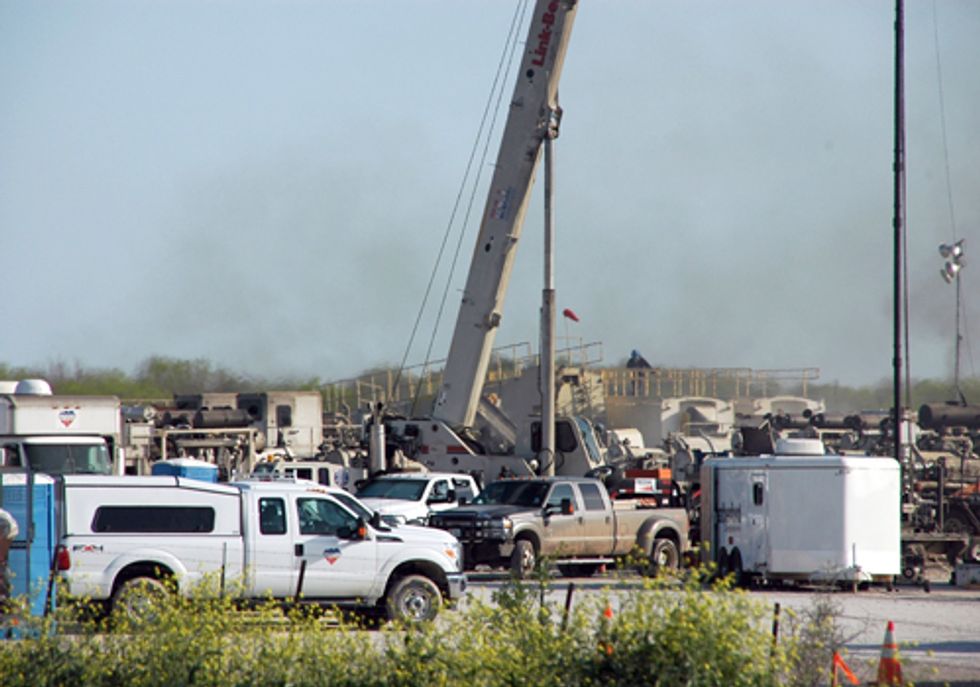 Two of the largest gas industry lobbying bodies in the U.S., the American Petroleum Institute (API) and American Natural Gas Alliance (ANGA), released a study earlier this month claiming methane emissions from natural gas production to be 50 percent lower than the U.S. Environmental Protection Agency’s (EPA) 2011 estimates. However, according to a joint statement prepared by professors Robert Howarth and Anthony Ingraffea and released by the Physicians Scientists & Engineers for Healthy Energy (PSE) this week, the study is nothing more than industry-purchased propaganda that does not adhere to basic standards for scientific accuracy and consistency.

The industry report, entitled Characterizing Pivotal Sources of Methane Emissions from Unconventional Natural Gas Production, was commissioned by API and ANGA and co-authored by the URS Corporation and The LEVON Group. The report’s findings, pounced upon by gas industry advocates, like the virulent astroturf group Energy In Depth, were based upon API and ANGA survey responses and, according to Howarth, Ingraffea and the PSE, therein lies their downfall.

Here is a brief outline of the study’s ‘fatal flaws’ as outlined in the PSE joint statement:

The API/ANGA study is structured around a faulty survey design, write Howarth and Ingraffea. While the survey format is intended to gauge general, representative samples through neutral investigation, this particular survey was structured in advance to ensure a calculated outcome.

“Amazingly, the survey in effect coached those being questioned, indicating what answers were sought. The cover-page instructions stated that the purpose of the survey was to evaluate EPA emissions estimates. The survey then gave the EPA emission estimates so that respondents could gauge their answers. Given the huge economic interest of industry in projecting low methane emissions, a valid study would have taken steps to detect and counter-act potential bias, not blatantly encourage it,” write Howarth and Ingraffea.

Furthermore, for surveys to work, samples must be both random and representative. In this case, although the report is clearly meant to affect policy and public opinion regarding fracking for unconventional gas, only a fraction of the sample wells included in the report are shale wells where high volume, slick-water, horizontal hydraulic fracturing (fracking) is used.

Because the ‘study’ fails to use sufficiently random and accurately representative samples in the survey, it “would not have passed peer-review in a scientific journal,” write Howarth and Ingraffea. But what is worse, the report’s statistical errors are compounded by the selective use of favorable information.

For example, while the report accounts for a higher number of well-completions in 2010 than is cited by the EPA (a higher figure that is presumably used to make the industry appear productive), the report’s authors fail to fully account for the inflated rates in their analysis. Had they accounted for this higher rate of completed wells in their final estimate, their outcome would show methane emissions 64 percent higher than EPA estimates.

Furthermore, based on compromised survey data collected by API and ANGA, the report claims a 72 percent reduction in emissions from ‘workover’ fracks, the repeated fracking that takes place as wells decrease in productivity over time. The authors also report an 86 percent reduction in emissions from ‘liquid unloading,’ the removal of excess fluids from a well bore. These calculated reductions, while relying heavily on flawed survey data, also reflect “assumed rates of emissions” that deviate from figures in the available literature and for which the authors do not give account.

Although the report professes to consider methane emissions for the entire lifecycle of gas, Howarth and Ingraffea find the study mostly treats ‘upstream’ emissions that accrue during production on the well-site. The report fails to adequately account for ‘downstream’ emissions that occur as gas is transported and distributed through urban and suburban infrastructure. This omission is partially due to the authors’ reliance on out-of-date information.

In 2011 Howarth and Ingraffea authored a peer-reviewed report that found lifecycle methane emissions to be 50 to 400 percent greater than EPA estimates. In the PSE statement they write that, given their findings:

“downstream emissions equal or exceed the upstream emissions, suggesting that natural gas is a very poor energy choice from the standpoint of global warming unless society is willing to invest a huge amount of capital in tightening up gas transmission and distribution systems. The API/ANGA report failed to even discuss such a possibility.”

Upon the release of the flawed study, API’s Director of Regulatory and Scientific Affairs, Howard Feldman, announced the “new report provides the best, most comprehensive estimate of methane emissions from U.S. natural gas production.” A ‘fact sheet’ released with the study suggests this “latest, most comprehensive study to date shows EPA needs to lower emissions estimates.”

Yet, for Howarth, Ingraffea and the PSE, “the bias underlying the study makes it almost useless.” The most urgent need, they write, is for current peer-reviewed studies to keep apace with the rapid rate of unconventional gas production and advancements in current drilling technologies.

“such studies are needed, evaluating emissions from both conventional and unconventional gas fields, and the downstream emissions from pipelines and urban distributions systems. Nonetheless, the best available science indicates that natural gas is not a bridge fuel. The global warming consequences of the resulting methane emissions are too great, giving methane a larger greenhouse gas footprint than any other fossil fuel.”